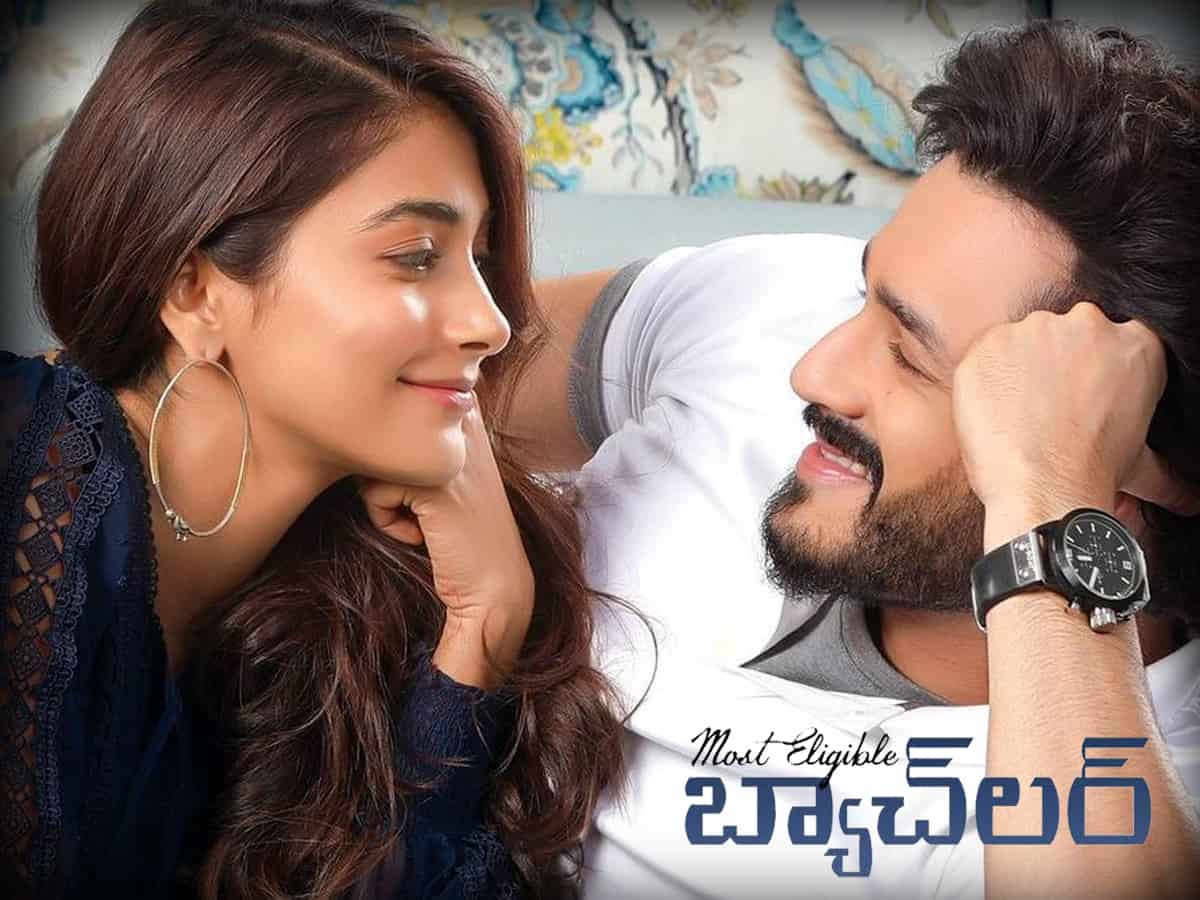 Akhil’s Most Eligible Bachelor garnered constant attention with songs and trailers. Bommarillu Bhaskar is coming back with the movie after a long gap of eight years in Telugu. The trailer looked promising and so are the songs with wonderful visuals. The movie hit the theaters today and here is the review.

Harsha (Akhil Akkineni) who believes that a successful career is an eligibility for a successful married life, visits India from abroad to see and decide a bride to get married in three weeks. While he is busy with his bride-selection process, he comes across Vibha (Pooja Hegde), a standup comedian. Though his views about marriage are not the same as Vibha’s, Harsha gets highly impressed with her. But Vibha rejects him as she feels he is not the guy she wanted. Harsha goes back to his life in the US. How Harsha and Vibha get together and what changes happened in their lives make the story of Most Eligible Bachelor.

Akhil looks very good on screen and he improved his acting skills a lot. Pooja Hegde looks stunning and she performs very well as Vibha.

Murli Sharma gets a good role and he slays it in his usual style as Vibha’s father. Jaya Prakash, Aamani, Getup Srinu, Ajay, and others did their job. Sudigali Sudheer will be seen as a sidekick of Akhil and his comedy doesn’t entertain much. Vennela Kishore is wasted.

Real-life couple Chinmayi and Rahul Ravindran appear as the reel couple. Their performances look forced and skipping them completely would not have done any bad to the story.

Eesha Rebba, Faria Abdullah, and other actresses appear in guest appearances and they all did fine.

Most Eligible Bachelor looks rich in visuals. Many great-looking scene compositions and beautiful shots indicate one of the best cinematography works in recent times. All the actors were shown at their best looks. Editing is fine and so is the screenplay. Dialogues are good.

Songs in the movie are the highlights. Almost all the songs are great, visually and audibly. The romance and relationship in Lehraayi song are impressive. The background score by Gopi Sundar is neat and apt. Great productions values by GA2 Pictures.

Parts of the Second half
Comedy
Preachy at times

The Most Eligible Bachelor here who first thought that the ‘eligibility’ is only to get married, later realizes that there is eligibility for ‘married life’ too. The story deals with it and Vibha plays a crucial part in it. Vibha shows the maturity and clarity she has got on marriage.

The family members, pelli choopulu scenes, Akhil in his in-shirt looks, actress Satya talking to the abroad-staying husband on phone, and even the bride with which Harsha almost gets married, remind us of Bommarillu. After all and of course, he is the same director.

The court scene comedy in the first half manages to bring laughs here and there. Vennela Kishore’s comedy did not work.

The director wanted to emphasize and enlighten about few myths in married life. He says it through Vibha, that married life is not just perfect with adjusting, but with romance. Except that he appears to have deviated from the point for a while in the second half of the movie.

Though the hide and seek track between Vibha and Harsha looks good for a while, Vibha’s inhibitions and insecurities about marriage contradict with her matured thinking that was introduced to us earlier. The reason for that is justified at a later point, but it is not totally convincing. Of course, the old technique of ‘cinematic liberty’ is used here on how Vibha could not recognize that it is Harsha, all the time.

Romance is generalized as sex and the Most Eligible Bachelor here wants to undo it. The difference between sitting next to each other and sitting close to each other makes the point here. Dialogues are good, but a lot of them made it preachy in many scenes.

While the attempt here is to underline that romance is just everything that a couple does to keep their marriage and bond fresh forever. But due to the existing taboo, it has to be seen how good the ‘romance’ explained here scores. To make that point clear, the director also mentions that if one thinks it is ‘dirty-minded’ to talk about romance, we all should think a little dirty.

Finally, the Most Eligible Bachelor is engaging with most of it, except for some slowdowns and deviations.

Bottom line: Half Breezy Half Preachy