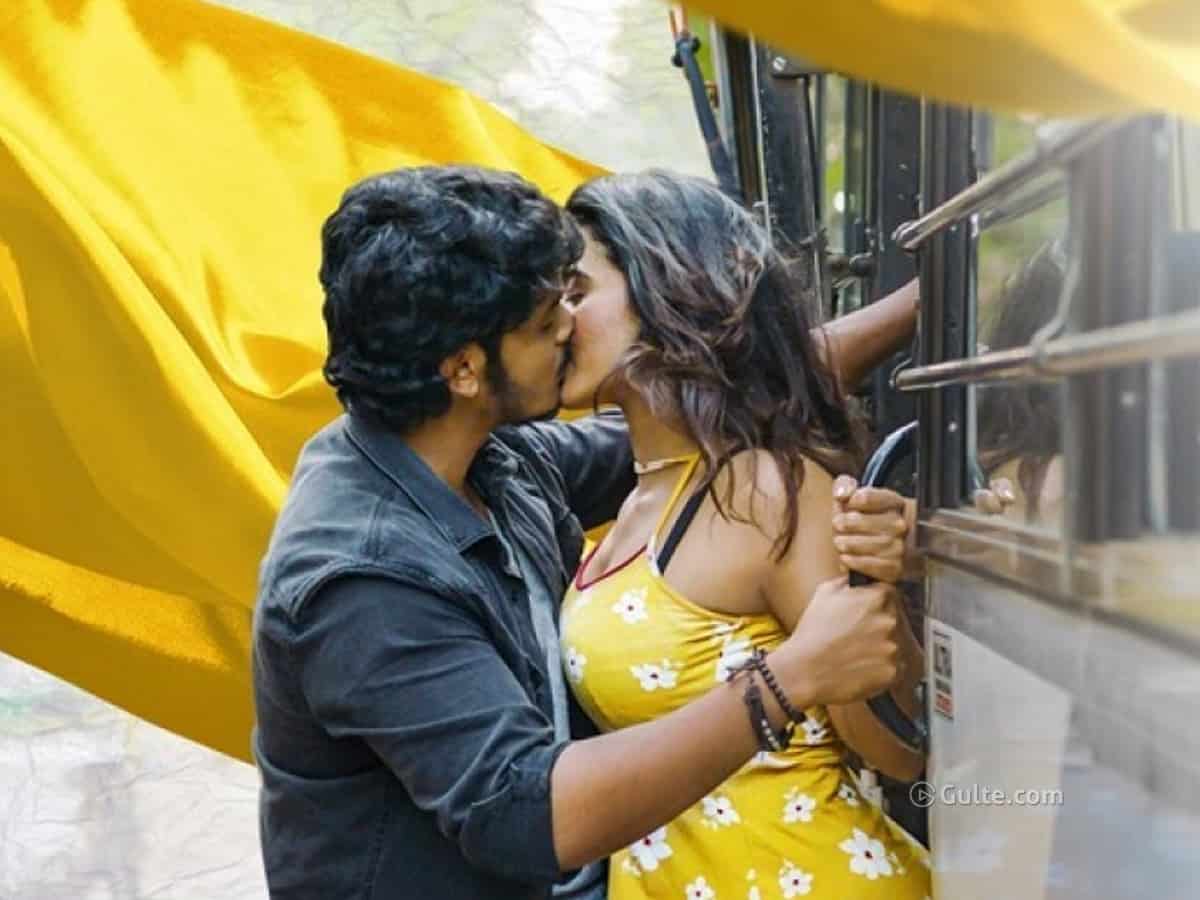 Romantic has got the attention it needed, thanks to lustful teaser, trailer and hard-hitting youthful dialogues. Puri penned the story, screenplay and dialogues. He is hoping that this movie will change the fate of his son Akash. Does Romantic have the stuff? Or is it just confined to the promos?

Vasco Da Gama (Akash Puri) is a gangster who gets into smuggling to get rich, but he has a heart of gold. He funds the charity run by his grandmother Mary (Rama Prabha). He meets Mounica (Ketika Sharma) and is head over heels for her beauty. Vasco Da Gama kills a dishonest police officer who cheats him. Police department is serious on the issue and a special officer Ramya Gowariker (Ramya Krishna) is deputed to nab Vasco and thus end the wrongdoings in Goa. Vasco gets arrested and he gets a life sentence. This puts his love story with Mounica in a spot. Vasco and Mounica dare the law for their love. Will they win?

Akash, who was struggling with his acting in previous films, seems to have improved. Still he needs to improve a lot. He looks quite young, amateurish to pull off such a heavy role of gangster. While Akash tries his best, he is only half-successful. In romantic scenes, he does a better job. Mouthing mass dialogues doesn’t fit him.

Ketika Sharma’s glam show will make youth go berserk. She steals the show with her beauty. It is an absolute treat to watch her in romantic and intimate scenes. She sizzles in songs. Her revealing costumes and styling elevates her beauty.

Ramya Krishna shines with her performance notwithstanding that she is offered a badly written character. Still she manages to make her presence felt. She brought some seriousness to the film. Sunaina’s comedy works in parts. None of the villain characters are effective enough to take them seriously. Rama Prabha’s character is highly emotional and doesn’t fit into the film.

Puri penned the story, screenplay and dialogues for Romantic. But we wonder whether there exists a comprehensive story at all. It looks like he is retelling his old stories with different set-up and backdrop. It is a wafer-thin plot of a gangster’s love story and tries to give a youthful touch with ‘lust’. First-time director Anil Paduri has nowhere made his mark in the film. Film is well shot in the picturesque locales of Goa. Songs, though not great for ears, are beautifully picturized alongside beaches and roads.

Gangster films have been done to death. Many films inspired by God Father have been made in Indian cinema. Ram Gopal Varma has aced in it as he made a gangster trilogy – Satya, Company & D. But Puri tried to show the love story of a gangster. Even it is not something new as many filmmakers in the past have attempted. Puri picked a plot that has nothing much to elaborate.

One glaring problem in the film is that nothing is difficult for the protagonist Vasco as he gets rich easily with just one idea – how to loot a container, he gets to become don easily (when his boss gets accidentally killed and he takes over the gang) and he gets the girl he wants easily. All these look very cinematic and unconvincing. His only problem is the police who are chasing him and the law that tries to put brakes on his freedom and love. It is evident that the writing is lazy. Puri, who is supposed to write some scenes with brain, takes it lightly and just fills the scenes. Dialogues are squandered. This makes Romantic look very ordinary, routine.

One wonders why the rest of the dons/villains/goons in the film are so weak that they can’t challenge Vasco enough. In fact, it gives the feeling that there are hardly any villains left other than one (Samsung) who comes once in a while and participates in a shoot-out. Still, it looks very unconvincing as a young gangster Vasco Da Gama has no major threat as his rivals are too weak. This looks absolutely silly. In fact, Puri’s film doesn’t need villains. As the protagonists in his films are villains with negative shades! The heroes in his films are baddies too.

However, the film is not completely bad. It has its moments here and there. Puri, who knows the pulse of masses, gave some lustful scenes, dialogues to satiate their voyeurism. There are cheers, claps from youths for such scenes. There is a parallel drawn between the love for country and love for girls which looks interesting. Vasco tells Ramya: ‘I Love My Country’. Paisa Kharchu Ledu. ‘I Love You’. Sarada Teerchestadi. He also tells love is weakness and pain. He doesn’t want to be ‘weakened’ by it. At the end, he is madly in love with Mounica. All these are not convincingly told. There is a lot of inconsistency in the love/lust track which puts audiences in confusing. This takes away the emotional feel.

On the whole, Romantic is strictly catered to the set of audiences who want to see the heroine’s beauty. It may pull youths to cinemas. Family audiences should give this a skip.