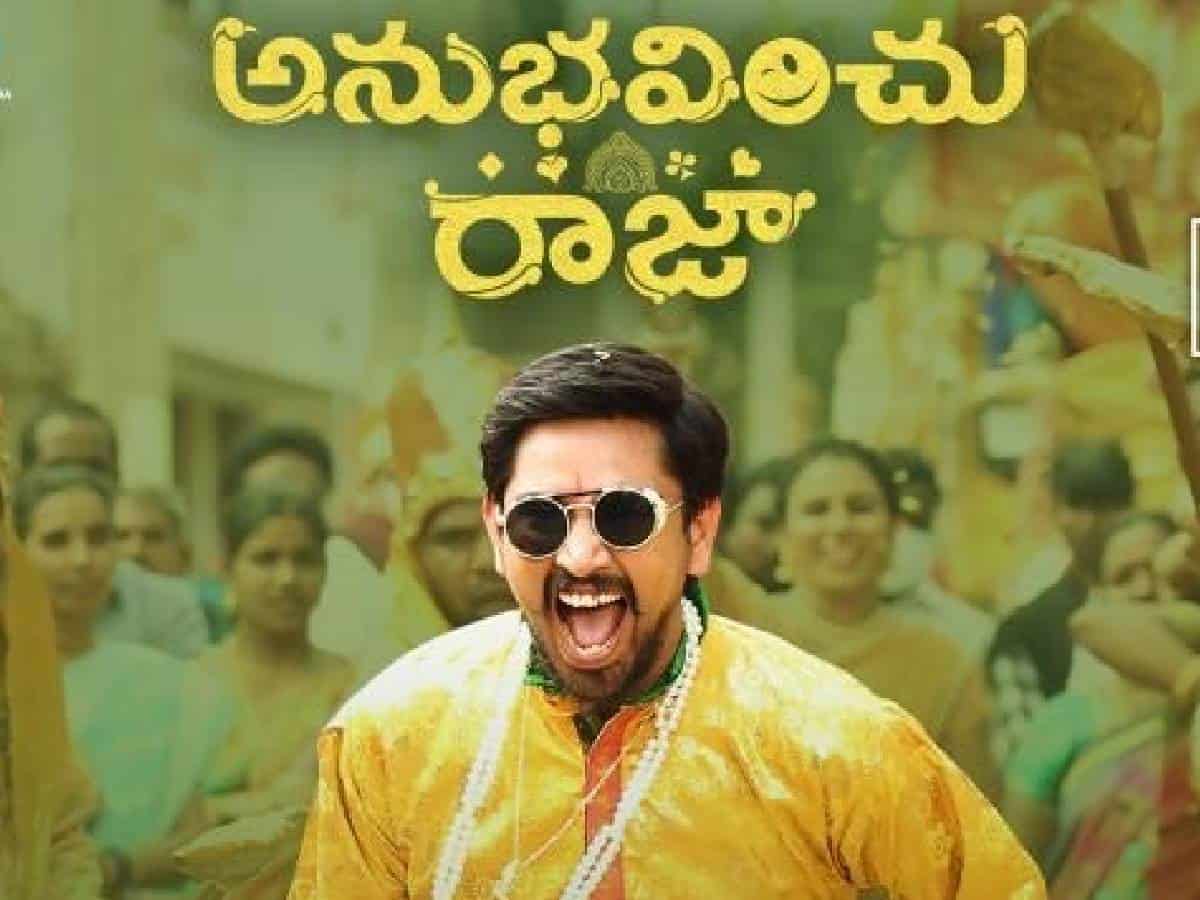 It’s been a while since Raj Tarun has had success at the Box Office. The talented actor isn’t picking the right scripts that he needs to. After a village caper Uyyala Jampala, he has once again opted for a film set in rural milieu with entertainment as the theme. This brings some hope on Anubhavinchu Raja. Will this end Raj Tarun’s jinx?

Bangarraju (Raj Tarun) is a happy-go-lucky guy who spends lavishly and leads a happy life. His life takes a shocking turn that forces him to leave the village and work as a security guard in Hyderabad. That’s where he meets beautiful Shruti (Kashish Khan), an IT employee. Bangarraju manages to win Shruti’s love but he has a task to settle in his village. Who is behind his obstacles and how he does is what Anubhavinchu Raja all about.

It comes easy for Raj Tarun to don the role of a village guy. But his character is weakly written and doesn’t shine. Barring some laughs which he had with his friend Sudarshan and some scenes between the lead pair in the first half, there is nothing much to talk about. Kashish Khan gets a stereotyped character of an urban cute girl who is self-obsessed with her beauty and her hair. She has some expectations of her partner and she easily gives up them. Kashish does an okay job in a role that is just a filler and nothing to do with the film’s story. Heroine’s friend does a neat job. She impresses with her looks and Telangana slang. Adarsh Balakrishna’s character doesn’t add any value. ‘Aadukalam’ Naren is seen as a president who is a good samaritan. He is too good who let go of his son’s killer. Villains, who are initially shown dangerous, look timid in front of the protagonist. None of the characters leave a mark.

Director Sreenu Gavireddy has chosen a very old template and infused some masala. He tried hard to entertain, but it hasn’t worked. He got a good opportunity in the form of its cast and the backing of a banner like Annapurna Studios. But he hasn’t used them well. Writing goes for a toss. Ordinary screenplay for a routine story takes the film down further. Songs are not impressive enough. There is no engaging romantic number from the lead pair. Gopi Sundar couldn’t live upto his reputation this time.

Anubhavinchu Raja starts on a good note. It tells the story of a guy who wants to enjoy his life to the core without any responsibilities. The initial portions set the mood and tone of the film. But they take a different shape. Clearly, there is an inconsistency in the narrative. The mix of romance, comedy and crime doesn’t gel actually. This is where the director failed as he mixed all these in wrong proportions.

Audiences usually expect entertainment from Raj Tarun. However, that takes a back seat as the movie progresses. Even the romantic track is highly unconvincing. How Shruti has fallen for Bangarraju isn’t justified. It is all clumsy. The second-half goes haywire. And the movie becomes a tad boring with the revelation of crime. And how this crime gets resolved is highly predictable and very routine. The actual conflict point comes towards the end which is old school.

We have seen many films where people kill for power – but here for a mere president post of a village that is not lucrative enough. The causal approach of the makers is evident with the writing and screenplay. The wafer-thin plot is stretched for two-and-half hours that tests patience.

Perhaps, the title ‘Anubhavinchu Raja’ is apt for audiences who are forced to sit through this ordeal. It lacks the content that is engaging. Some funny moments in the first half and pre-interval portions are saving grace. But those alone can’t be the selling points. One expects a complete package that is lacking. Neither logic nor magic works for this film. On the whole, the film is skippable.