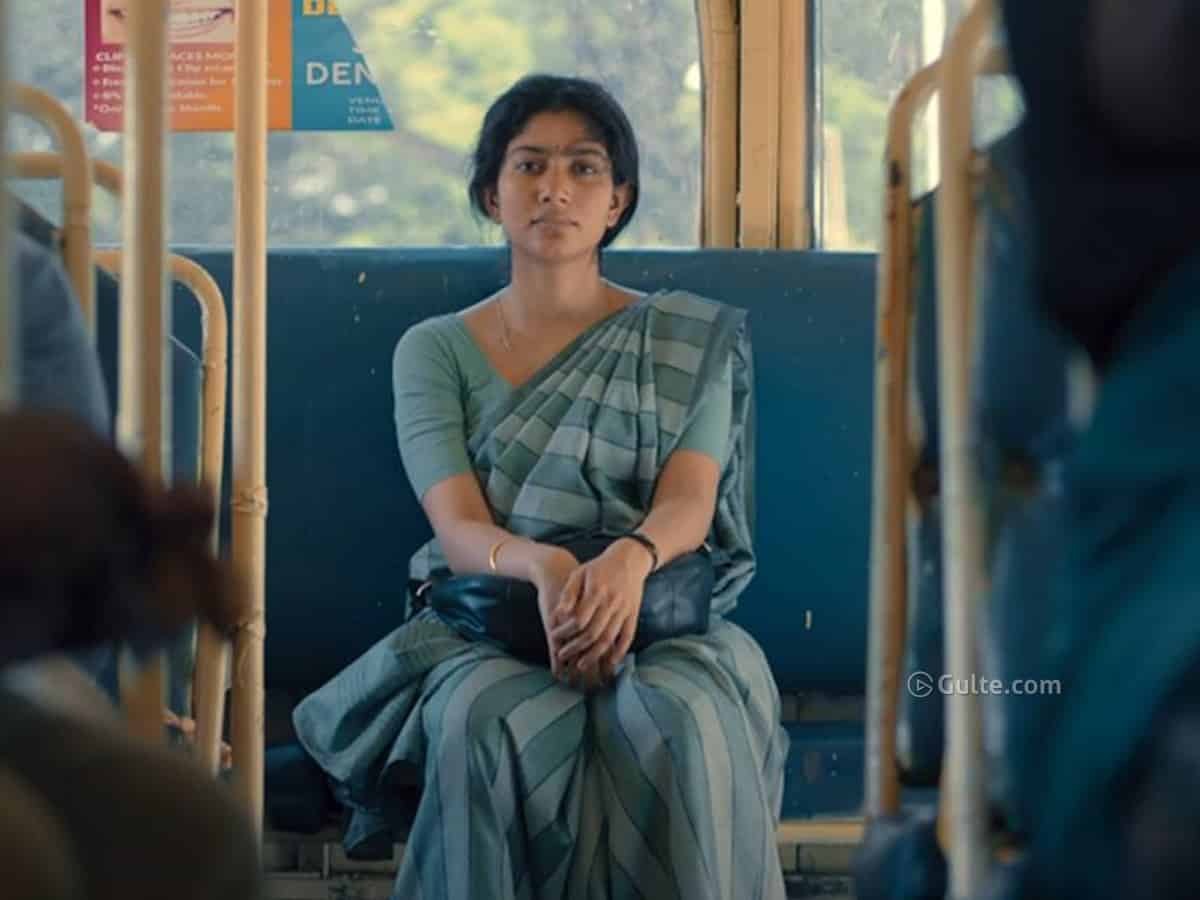 Sai Pallavi’s last film Virata Parvam has garnered critical acclaim. Yet, the film failed to make moolah at the cinemas. The talented Premam beauty is back with Gargi. Unlike her regular films where she showcases her dance, Gargi is totally a different film. Will it touch the hearts? Let’s check out.

Gargi (Sai Pallavi) works as a school teacher and is getting ready to get hitched to her boyfriend Balaji. But her world came crashing down when her 60-year-old father Brahmanandam (RS Shivaji) was arrested in the gang rape of a minor girl. The story is all about how Gargi fights legally to save her father.

Undoubtedly, Sai Pallavi has delivered a masterful performance as Gargi. She breathed life into the character. She may not dance like she did in Fidaa or Love Story or Maari 2 or like in any commercial films. But we see the untapped potential of Sai Pallavi in this film which could be stated as her career-best film till date.

Kaali Venkat is terrific as a naive, rookie advocate Gireesan Kappagantula. He has got stammering and he nailed it in the court-room scenes. RS Shivaji as Brahmandam delivers a noteworthy performance. Saravanan, who plays the father of the minor girl, charges emotions. He touches the hearts and makes one cry with his pain. Jayaprakash is seen as a senior advocate who is close to Brahmanandam’s family. Aishwarya Lekshmi is confined to a brief role as a TV reporter. Kavithalaya Krishnan is seen as a prosecutor.

The best performance is from the judge who is a transgender. The Sub Inspector has done his character well. Each and every character has got some important role in the story.

Writer Hariharan Raju and director Gautham Ramachandran have excelled in their work. Govind Vasantha’s background music is top notch which is part of the story telling. Cinematography by Sraiyanti and Premkrishna Akkatu deserve applause. Shafiq’s editing is crisp. Technically it has nothing to find fault with and everything just works in favour of the film which is told in a realistic way.

Rarely, films like Gargi get made which have a compelling story, gripping screenplay, power-packed performances where all intersect and underlying the film offers a powerful message to society. It throws light on sexual abuse of children, minors. How the children who are weak and not strong enough to raise their voice against sexual assaults by adults go unnoticed and ending up trauma for children for their lifetime.

The court-room scenes are brilliantly written and perfectly executed. Writer Hariharan Raju and director Gautham Ramachandran have worked in tandem and it is evident in the film. The best part of the film is that the tension element is sustained throughout. Right from the beginning of the arrest of Brahmanandam to the end of the story. It’s a nail-biting legal drama with good twists. The climax is unexpected and it is moving.

There are enough tearful moments in the film where one unknowingly connects and cries to the pain going through by the father of minor girl who is gang raped brutally. However, the child abusing scenes may not be digested easily. It puts us off if we’re watching with family. The flashback episode of Sai Pallavi also slightly obstructs the flow of the legal drama, although it has a point to convey. Gargi had a past where she was abused and why she avoids the yellow colour dress afterwards. Director subtly conveys it through his story-telling.

Overall, Gargi has got everything right. It is for the women and of the women. While it is not a commercial movie, it is an emotional gripping drama laced with a strong message. Such films are beyond the reviews.