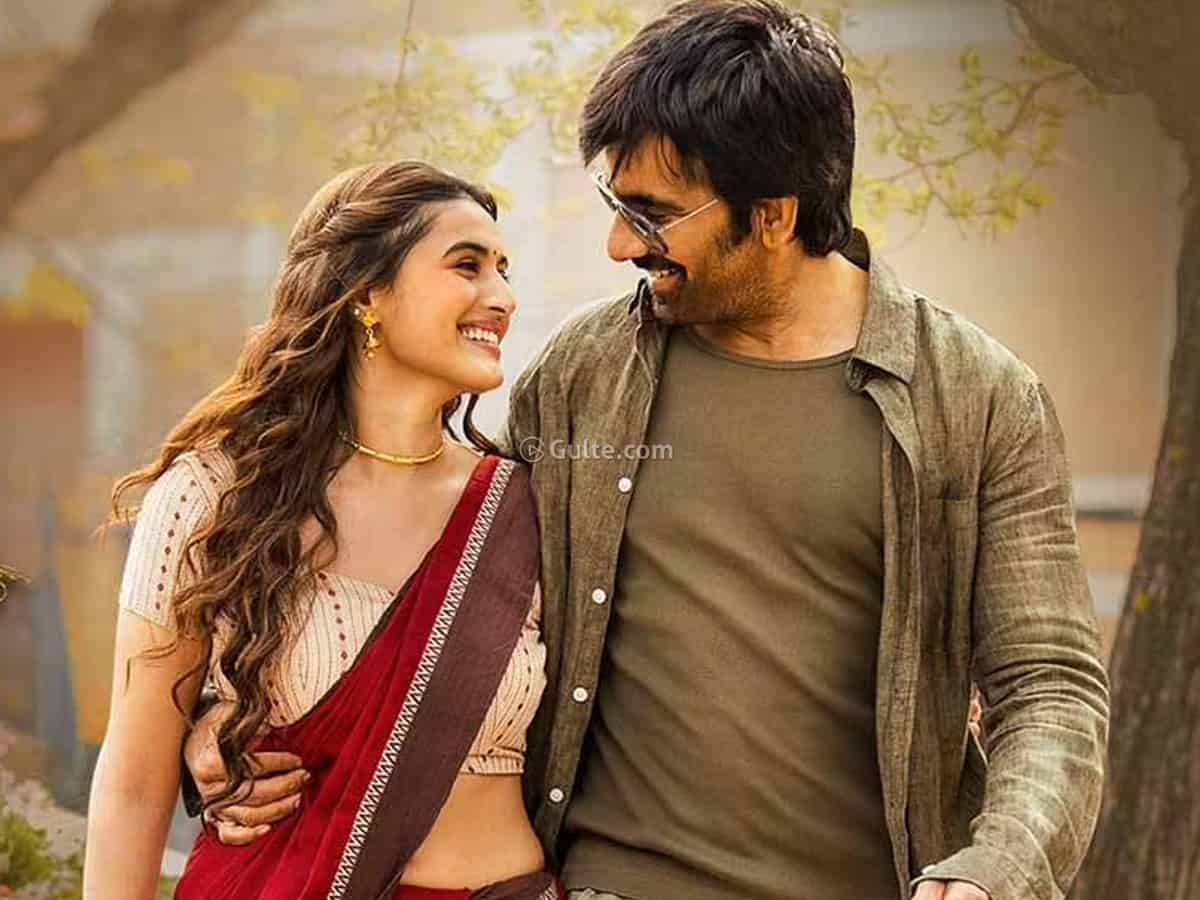 Raviteja enjoyed the success of Krack last year and his Khiladi crashed without a trace this year. The mass star has come with a thriller-entertainer Rama Rao On Duty, for which he is one of the producers. The trailer showed it as a thriller about missing persons and the conspiracy behind it. Directed by Sharath Mandava, Rama Rao On Duty is released today in theaters. Here is the review.

A Deputy Collector/Incharge MRO Rama Rao (Raviteja) gets to know that the husband of his ex-girlfriend Malini (Rajisha Vijayan) goes missing. He starts investigating it only to find a lot more people are missing in a similar case. CI Murali (Venu Thottempudi) is a reckless police officer who often becomes a hurdle for Rama Rao. Rama Rao digs deeper and finds many truths. What he found and how he did it is all about Rama Rao On Duty.

Starting from looks to the sequences, we cannot feel the freshness in the story and the narration. Raviteja did just like he did in other roles earlier. Even the action blocks and songs give a feel of monotony.

Venu Thottempudi came back to acting after a long gap. His performance is not impressive, and neither is his character. He was given the role of a careless corrupt police officer who is supposed to act funny at times. The whole track is disappointing and even the slang also fails.

Rajisha Vinayan has got nothing much to do. Divyansha Kaushik looks artificial. Nasser and Tanikella Bharani are wasted. John Vijay and Rahul Ramakrishna appear in brief roles.

Rama Rao On Duty has a simple storyline of conspiracy behind the missing persons and the villain hierarchy that goes way up. The story narration and the sequences are just the same as many such movies we had. The cinematography is okay and the screenplay could be a lot better. There are many dragged and prolonged scenes.

The goons flying in the air and Raviteja’s slow-motion-skipping above the baddest knives is the most common part of action scenes in Raviteja’s films these days. Rama Rao on Duty is not an exception.

Background music is fine in some parts. The songs are a setback. The item song Seesa has got the sleaze but not the kick that one expects from an item song. The two other songs with two heroines are just the speed breakers with an already slow-going story. Particularly, the second song with Divyasha Kaushik tests our patience.

A thriller needs to have a gripping screenplay and a plot that intrigues every scene. Rama Rao On Duty is promoted as a thriller with commercial highlights, but it has neither edge-of-the-seat moments nor whistle-worthy scenes. The story is flat with an uninteresting narrative and above that, the induced commercial necessities push it to an unbearable position.

The director takes almost an hour to get into the actual plot. He focuses on the hero’s introduction and his character establishment for a long time. And then there comes an item song barging from nowhere. There are no noteworthy scenes in the first half altogether. Even the interval block is predictable.

The plot of missing people and a conspiracy involving big heads is the most common formula in our commercial thrillers. Rama Rao takes the same theme again, including the methods of investigation. The protagonist’s friends conveniently work in the sectors that directly help him in the private investigation. The idea of showing some characters as good people who finally end up doing all the bad things is as old as hills. There are many such episodes the audience can anticipate way ahead.

The second half has all the investigation but is never an interesting one. There was not one gripping scene nor one highlight scene that leaves us in awe of suspense. Everything goes flat and the action scenes and songs come in to test our patience. The villain episode lacks surprise and there are scenes of him with the protagonist that are very artificial.

The attempt to balance the action part and the investigation part pulls the whole movie down with already a poor narrative. The climax is also predictable and is much more obvious.

Rama Rao On Duty fails to entertain in any way. It is already a half-baked thriller and the commercial highlights make it poorer. The audience may not be able to feel the punch and thrill of the riddle, not even once. On whole, Rama Rao completely disappoints with his duty.