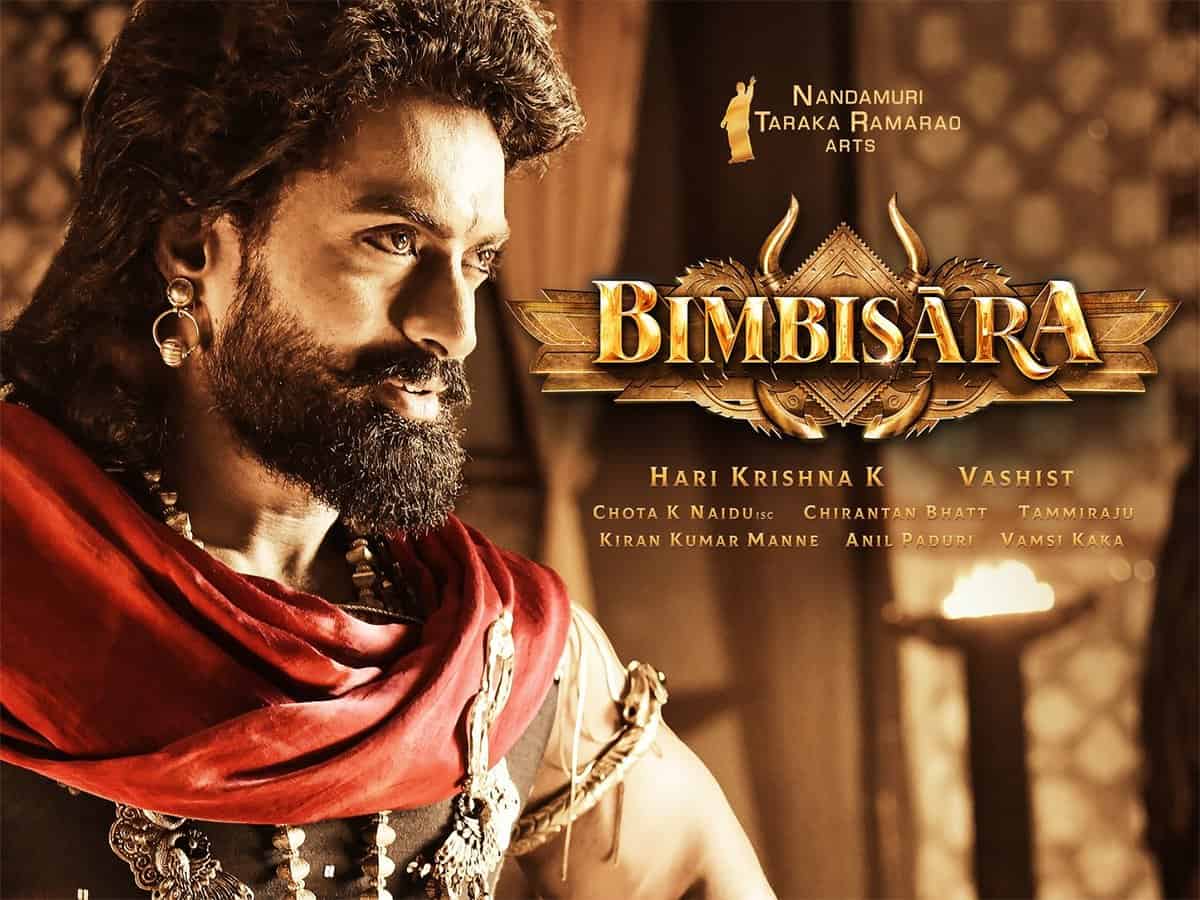 Kalyan Ram is always inclined towards versatility in films. The actor-producer once again picked a unique concept to execute. Kalyan Ram acted and produced Bimbisara, the movie claims to be based on time travel concepts, and many more. The trailer of Bimbisara is interesting with mythological fantasy concepts. The movie was released today in theaters. Here is the review.

Bimbisara (Kalyan Ram) is a ruthless emperor of Trigarala in 500 BC. In unexpected circumstances, Bimbisara travels in time and reaches the current day not knowing that a power-thirsty doctor Subramanya Sastry and Kethu (Ayyappa P Sharma) are already waiting for him to come. What made Bimbisara travel in time and what did he do? The answers to these questions are all about Bimbisara.

Kalyan Ram had to appear as the same person in two different worlds. He did justice for the role.

Catherine Tresa is confined to a limited role and a song. She is alright as the princess.

Srinivasa Reddy gets a meaty role and he did very well. He reminds us of the comedy from great fantasy films from the past.

Samyuktha Menon’s role is small and there is nothing much for her to perform. Prakash Raj, Rajeev Kanakala, and Vennela Kishore were given routine roles. For a story like Bimbisara, a powerful villain would be great, but here the villain character is too weak and hollow.

Bimbisara’s storyline starts as a unique line, but the commercial elements in the second half pull the graph down a bit. The screenplay is good. There are many dragged scenes in the second half. The cinematography is fine. The background music is very good, but the songs are just okay.

Besides Aditya 369, not many Telugu films have the time travel concept for a full-length movie. Bimbisara uses the idea of traveling in time and blends some commercial and fantasy elements.

The director cleverly made it uncomplicated with the parallel worlds concept. He also chose a simple mirror as a medium of non-stop travel. The logical question arises on why the travel is specific to two particular times, but the answer is just the relevance to the story.

The first half has got a few surprises that worked well. Though the introduction to the brutality of Bimbisara took a while, it slowly falls in track with the story until the interval.

The second half hardly touches the 5th century BC because the story goes completely into the commercial mode. Though the little girl’s sentiment is linked to the treasure from a parallel world, it slows down the pace at times.

The curiosity factor from the first half slowly falls back after the interval with the commercial formula approach dominating after each scene. The loud but weak villain remains one of the main drawbacks of the movie.

There are few scenes and dialogues that immediately remind us of Yamagola and Yamaleela, except that Bimbisara has the time travel theory. The villain gang kidnapping the whole family to get things done by the protagonist is a vintage idea that our filmmakers could avoid for good.

Overall, Bimbisara is a storyline that has a new concept of time travel that starts good but slows down with routine narrative later on. With the sci-fi storyline and Kalyan Ram’s performance, Bimbisara has got fair chance to impress the audience.