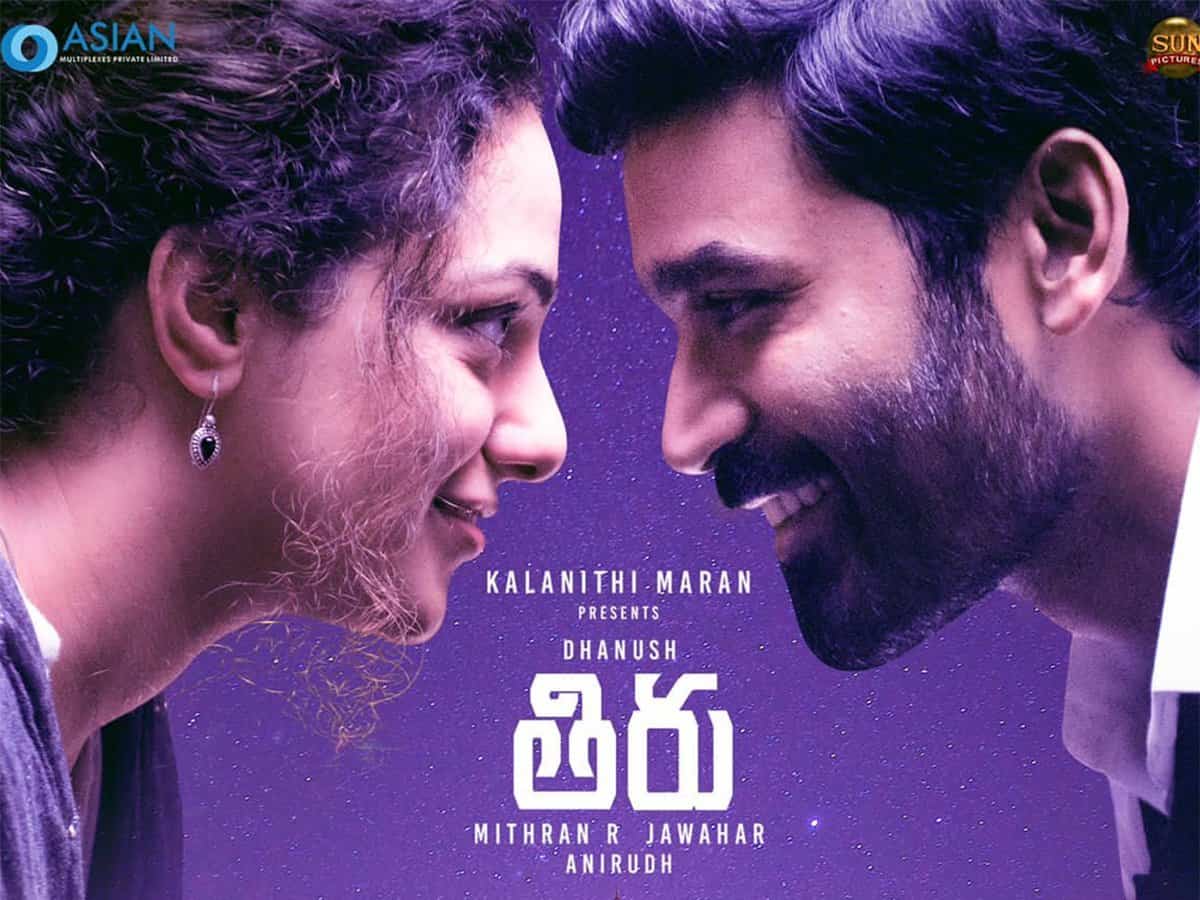 Post his divorce, Dhanush is in no mood to slow down. He is doing films in multiple languages and is having back to back releases. His latest film, Thiruchitrambalam has been dubbed in Telugu and was released on a silent note. Mithran Jawahar directs this film which also stars Nithya Menon and Raashi Khanna as female leads. Anirudh has scored the music.

Thiru(Dhanush) is a college dropout who works as a delivery boy. His life is complicated as he shares a close bond with his grandfather(Bharatiraja) but hates his dad(Prakash Raj). Thiru’s only go to person is his childhood friend Shobana(Nithya Menen). A simple feud with his father leaves Thiru’s life in a big mess. Upon this, he keeps getting rejected in love by girls played by Raashi Khanna and Priya Bhavani Shankar. How Sbohana changes Thiru’s life and makes things work is the basic plot of the film.

When it comes to playing boy next door roles, Dhanush is a pro and gives a settled performance. He goes through a series of emotions and showcases them through his impressive expressions. Prakash Raj as the strict father who later falls ill is very good and adds depth to the proceedings. Legendary director, Bharatiraja plays a key role and is the major asset. The comedy, drama, and emotional outbursts are evoked through him and the veteran completely kills it in his role. His scenes with Dhanush are heartwarming.

Nithya Menon plays the role of a selfless girl and gives the best. She appears mostly in every scene and holds the film until the end. Raashi Khanna does not have much to do but to appear in a few scenes. The film majorly becomes watchable because of the solid performance of the lead cast.

The film has endearing music by Anirudh. The songs sound superb in Tamil but are lost in translation when it comes to Telugu. The Chennai setup and the middle class ideologies are established properly. The editing has a few lags in the last half an hour as scenes are dragged for no reason. Director Mithran has written the plot and there is nothing novel he is trying to tell about. But the sensibilities he has chosen to evoke drama between the key characters is what makes the difference here. Camerawork is not that great.

Thiru is a family drama that has a very predictable premise. You have seen Dhanush in such a middle class setup in films like Raghuvaran Btech. But the sensibilities are different and so is the conflict in Thiru. Director Mithran sets up the issues between three mature men and tries to evoke conflict between father and son. The grandfather plays the truce and this angle looks quite endearing in the film.

Apart from this, the romantic angle of films like Oh My Friend is also brought in to engage the audience through Nithya Menon’s character. But the best part is that the romance is not forced on the audience. The hero falls in love with two women at different stages of his life but fails to realize that his real love lies in his close friend played by Nithya Menon. This aspect is nicely established and the director should be appreciated for not creating a rebound for the hero due to the rejections he faces though the film ends on a predictable note.

The father and son drama starts on a very gripping note and is also highlighted during the break point. But once the interval starts, things are diluted and the story shifts to another angle. This aspect of emotional conflict between the father and son should have been elevated more to give the film an edge. The film is predictable and one knows what the climax is going to be all about. But director Mithran takes his own time and gives every character a proper conclusion.

Even though things feel slow, by the end of the film, one surely gets connected to the characters. Finally, Thiru has a familiar premise and predictability. But what makes the difference is the mature star cast which breathe life into the narration. The story will seem similar but the emotions will surely make you shrug of the demerits of the family drama.