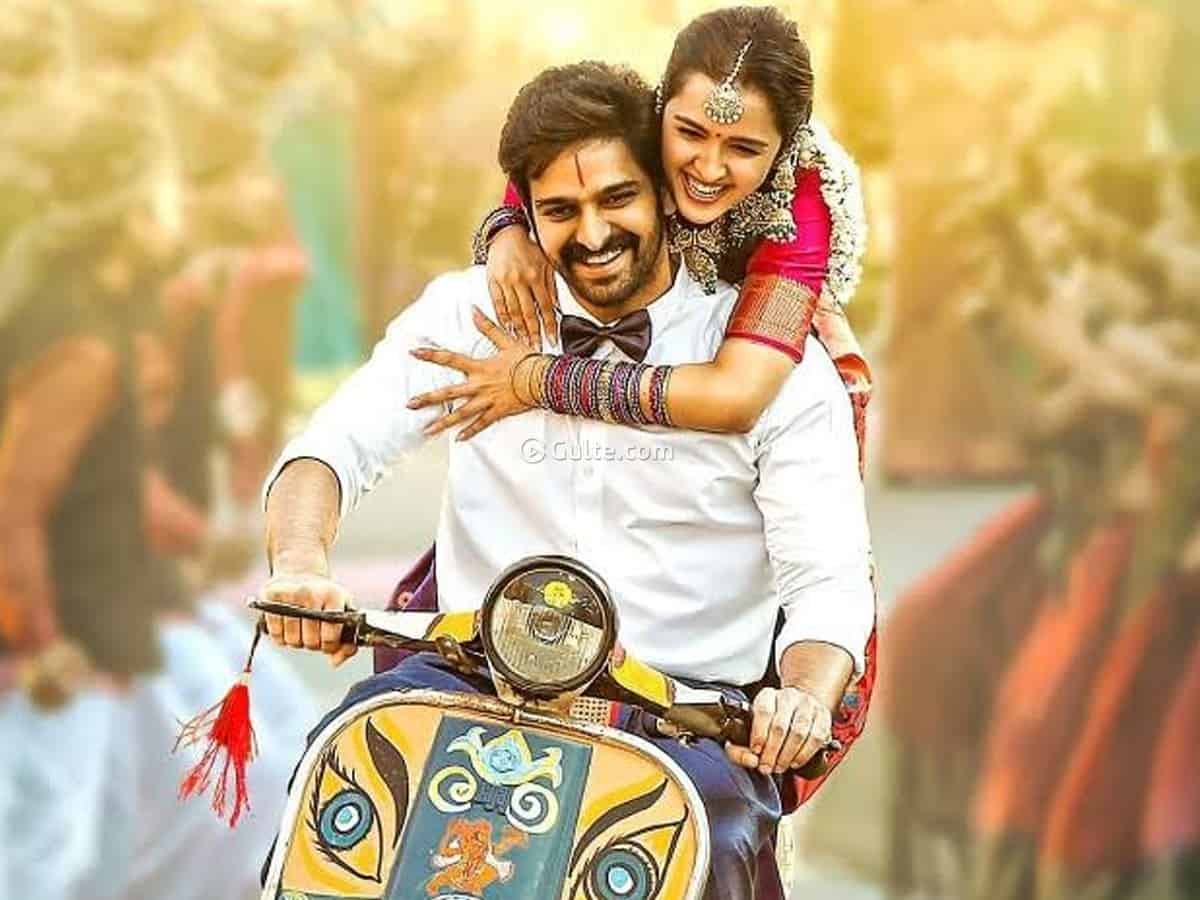 Naga Shaurya is back to his forte – romantic comedy. He teamed up with director Anish Krishna of ‘Ala Ela’ fame and it’s titled as Krishna Vrinda Vihari. The trailer was promising. After witnessing postponements and hurdles, the movie has finally hit the screens today. Here is the review.

Krishna (Naga Shaurya) is from an orthodox brahmin family in a village and heads to the city for a job. He falls in love with his colleague Vrinda (Shirley Setia). Vrinda is an independent woman who has a reason to reject Krishna’s proposal but finally agrees to marry him. How Shaurya convinces his mother Amruthavalli (Radhika Sarath Kumar) for the marriage and what are the troubles he faced after that, are all about Krishna Vrinda Vihari.

Naga Shaurya performed well. After watching him in rugged action roles, it is good to see him back in a romantic role. He looked sleek and stylish. Singer-turned-actress Shirley Setia looked beautiful. Radhika Sarath Kumar’s role isn’t developed completely. Since it’s a crucial character which plays a major role in the film’s conflict, it deserves better writing. Shirley’s parents got blink-and-miss guest appearances. They go missing in the crucial second-half. Comedy actors Sathya, Rahul Ramakrishna, and Vennela Kishore did well. They were able to bring a few laughs. However, they were not fully utilised. They got limited scenes but they stood out. Brahmaji, Himaja, and others did their job. Some scenes of Brahmaji are good enough.

Krishna Vrinda Vihari story and it turns much ordinary with some routinely forced sequences. The screenplay could have been much better. The cinematography is alright. A flat narrative with no surprises makes it boring at times. Two songs and a few comedy scenes are good. Emundi Ra song is colorful and attractive. Title song is also a good one.

A young guy falling in love with a beautiful colleague at first look, impressing her with his innocence and ethics, also by beating up some arrogant colleagues and many more such episodes were made umpteen times already in a lot of films. Krishna Vrinda Vihari also has the same forced scenes with a derailed screenplay in many places.

The first half of the movie deals with the said romantic track that is not new. A heroine trusting a hero when she is drunk and he treats her with respect is the place where the audience knows she falls for him. Only the plot twist by the end of the first half opens up for a hopeful second half. Comedy actors Sathya, and Rahul Ramakrishna try to manage with some funny scenes and it is a bit of relief from the boring drama in the first half.

The second half of the movie falls back into the stale episodes of confusion comedy. A major setback for Krishna Vrinda Vihari is that the confusion generated from a lie and the reason for that is very identical to that of Nani’s Ante Sundaraniki. The director also wanted to put up some fights in regular intervals to not miss the commercial angle, but end up as the speed breakers in a family drama.

There were some serious sequences that look artificial and trivial to the story due to the lack of emotional depth. The conflict between Krishna and Vrinda quickly escalates to a big level, but the cause shown for that appears rushed. The episodes between an orthodox mother-in-law and a modern working daughter-in-law could be relatable.

The climax and the pre-climax are routine, but the comedy scenes around them are good. The hospital sequence with Vennela Kishore, Sathya, and Rahul Ramakrishna get the hall in splits.

Overall, Krishna Vrinda Vihari has an ordinary story with a weak narrative. The comedy scenes here and there, and a couple of songs help this Krishna and Vrinda’s family journey a passable one.