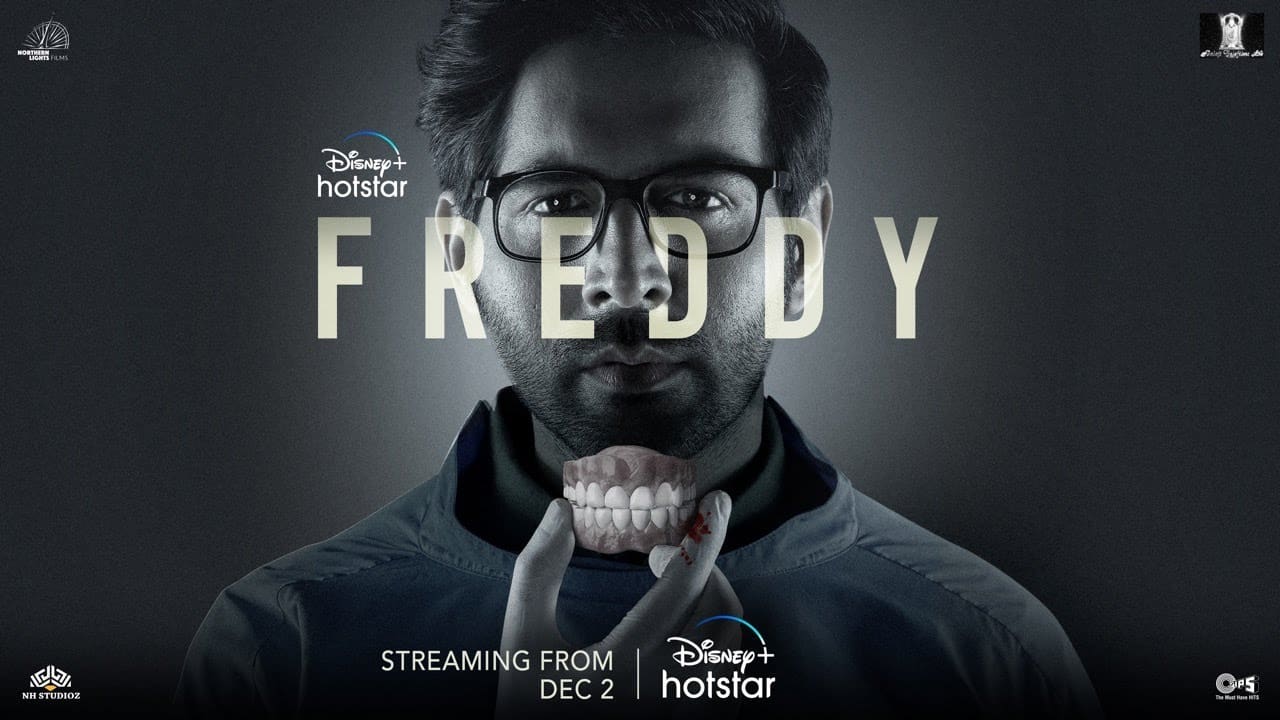 Karthik Aryan is one of the top stars in the country. Apart from doing fun films, he also tries experimental cinema once in a while. His latest presentation is Freddy which had an OTT release on Disney Hotstar yesterday. The film has Alaya F as the heroine and Shashankh Ghosh directs it.

Dr. Freddy Ginwala(Karthik Aryan) is a loner and single dentist who is leading a boring life. He is trying hard to find a soulmate and even tries a few matrimonial websites but still luck eludes him. One fine day, a young woman named Kainaz(Alaya F) walks into his clinic and sparks fly. Freddy gets close to Kainaz and chemistry starts building up. But a crazy act done by Kianaz disturbs Freddy and he cuts loose. What did Kainiaz do to break the lava outside from Freddy? Watch the film to know the answers.

Karthik Aryan puts on weight for his role and showcases his dark side in an engaging manner. As we have seen him in so many lovable roles, it takes us time for us to adjust to his beastly and dark side in the film. But still, Karthik lets loose and showcases a new side of the actor in him. Alaya F is good but looks a misfit in her role. Her character gives a major jolt to the hero and the way it is executed, Alaya could not bring out the key emotions impressively.

Camerawork by Ayanka Bose is amazing as she showcases the bylanes of Mumbai in a gritty manner. Freddy has a dark tone and thanks to the visuals of Bose, the film looks different. The dialogues are shady and do not create any impact. Especially those written for Karthik are dull. Music is by Pritam and the two songs are good. The BGM is amazing and gives the film an edge. The score given for the tense moments when Karthik goes wild sounds well. Parvez Shaikh has written the story and his ideology of a dentist gone wild looks novel on paper.

Lack of depth in the conflict
Second Half

Freddy is the story of a dentist who suffers from multiple personality disorder. So, the world of the lead actor played by Karthik Aryan had to be set right. In this department, director Shashank Ghosh gets things right as he establishes the mood of Freddy interestingly with the audience. The way he brings the character of Alaya F and Freddy falling for her is also neat to watch. But the chemistry between the lead pair is not that great. Sparks do not fly and the love story looks boring.

Freddy has a cat and mouse kind of a scenario but the tension is not generated well by the director. The needed masala in a thriller is lacking somewhere in the execution. The plot, runtime, performances are in place but the linear screenplay does not help matters much. The latter part of the film is a mess as the conviction with which the character of Freddy does things is not that impressive. There is no pain in his approach and what he does.

The script has so many great points which could have been developed. The key characters have sadistic nature in them but it is hardly developed. The plot has way too many issues and after a point Karthik Aryan also cannot keep up pace with it. After a point, the scenes become predictable and we all know what the protagonist is going to do next.

Finally, Freddy has the premise, performances, and great storyline. There are some very good thrills in the mid part as well. But the sad part is that the second half goes for a toss and the thrills don’t bore or either impress you while watching, making Freddy a passable watch for thriller genre lovers.