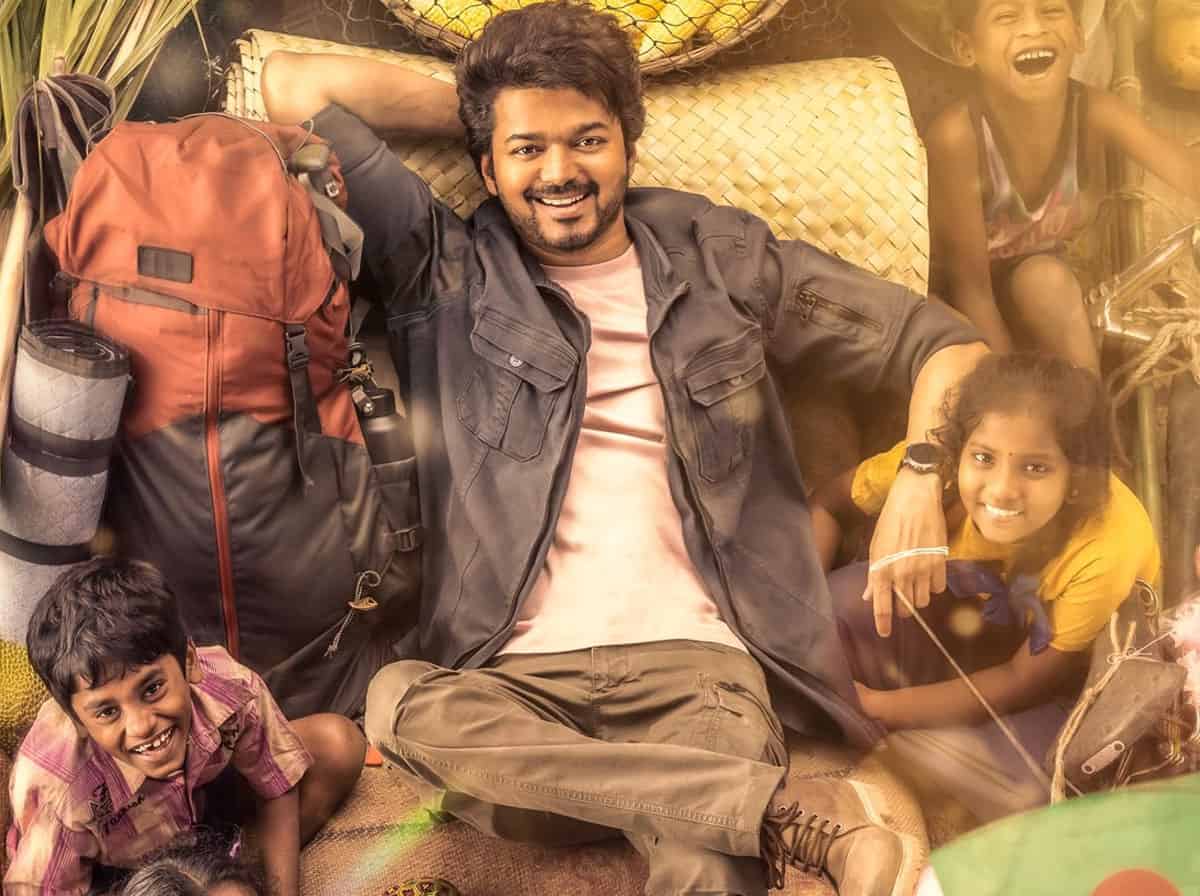 Tamil superstar Thalapathy Vijay has been aiming to get market share in Telugu from a longtime. Most of his previous attempts turned futile. Murugadoss’s Thuppakki was his first film that get noticed in Telugu. However, his subsequent films have failed again here. Lokesh Kanagaraj’s Master again gave him some hopes in Telugu. For the first time, Vijay teamed up with Telugu director (Vamshi Paidipally) and Telugu producer (Dil Raju). Interestingly, he opted for a family drama (Vaarasudu/Varisu) contrary to his usual ‘mass’ films. Will Vijay succeed this time and breaks the jinx? Let’s check out Vaarasudu pans out to be.

Rajendran (Sarathkumar) is the king of his business empire – Rajendran Group. His two sons Jay Rajendran (Srikanth) and Ajay Rajendran (Kick Shaam) are his loyalists who drive his company. One among them would be declared as the successor of his business. His third son Vijay Rajendran (Vijay) has huge differences with his father and lives far away from the family chasing his own dreams. Vijay starts his own start-up company. However, circumstances force Vijay to return to the family and take over the family business to fight the mighty JP group’s Jayaprakash (Prakash Raj). The story is how Vijay sustains the company against all the odds and evils.

Thalapathy Vijay’s role is very superficial. He couldn’t shine despite his stylish performance. Many of his histrionics and trademark style elements in body language and dialogues don’t work. In fact, they put off audiences. He is good in serious and intense scenes. He is good in action scenes. But Vijay’s attempts to make audiences laugh don’t work with mana Telugu folks. It is an absolute disconnect. Rashmika is totally sidelined. Sarathkumar’s role is powerful and the whole story revolves around him. Jayasudha too gets a decent role as mom. Srikanth and Kick Shyam have good roles as Vijay’s brothers. Prakash Raj is shown as a weak villain and businessman who always fails to challenge the protagonist & family. Ganesh Venkatraman is confined to a side role. Yogi Babu’s comedy as a housemaid failed to work. Prabhu as Doctor Anand played the role of Sarathkumar’s best friend. None of the characters have completeness.

Vamshi Paidipally chose a very thin point of family feud that was attempted before several times. He tried to show differences among family members in a top business family and how it impacts their business and family. Neither story nor the screenplay hold strength resulting in a bland family drama. Thaman’s background score is fine. None of the songs are entertaining for Telugu audience. Visuals are appealing. Production values are good, but it is splurge of money on a weak script. Slow paced narration adds to the woes.

Right from the start to the end, Vaarasudu is very cinematic and artificial. The film focuses more on the internal conflicts and runs only on tit for tats. But Vijay is ‘mass’ and ‘mass’ is Vijay. Audiences and fans who expect such mass elements from Vijay tend to disappoint due to Vamshi’s toneless film. ‘Amma’ sentiment films and ‘Nanna’ sentiment films have come many. Here Vamshi and Dil Raju wanted to make Bommarillu with superstar like Vijay by changing scenes and treatment and infusing a caproate villain. All this boils down to a routine, dated family drama.

The scenes of tender quotes are all done to death in many of the previous movies. Clearly, the writing team and direction team lack fresh thoughts to project this. The songs and their placements are too forced. They are out of place. The romance with the lead actress Rashmika also look artificial. She just comes and falls for him. The chemistry between lead pair is shown unconvincingly. Thaman’s songs are not entertaining. They have Tamil flavour.

The problem lies with Sarathkumar’s role itself which is portrayed as an emotionless shrewd businessman. He changes/transforms overnight due to a problem. But how could he expect everyone around him to change and adapt to his new characterization. Even Vijay’s character is not fully convincing. It is neither serious nor funny. The protagonist has serious differences with family head and how he ends them is very conveniently portrayed. The ‘Boss Returns’ without much force. The sequence of Vijay going and rescuing his niece is good despite cinematic liberties. This scene helps to change his eldest brother Jay. This is saving grace scene.

While saying one of the dialogues in the second-half protagonist Vijay himself utters this is so weak and says he is waiting for clap-worthy and whistle-worthy scene. This is exactly the feeling of the audiences watching the film in theatres.

There are many scenes in this lengthy film. But none of them has the required power to give high to viewers. It all goes in a montonous way. The heroic elevation scenes turned out to be flat. The climax portions are rushed and very predictable. The brothers are shown as morons who has muscle but no brains. The screenplay is flat as well. It is a shallow and bland family drama without entertainment. The only blessing in disguise is the intention of the film. It has its soul. But the soul just wanders aimlessly due to lack of body. This Vaarasudu is better to skip.

Verdict: Boring To The Core!