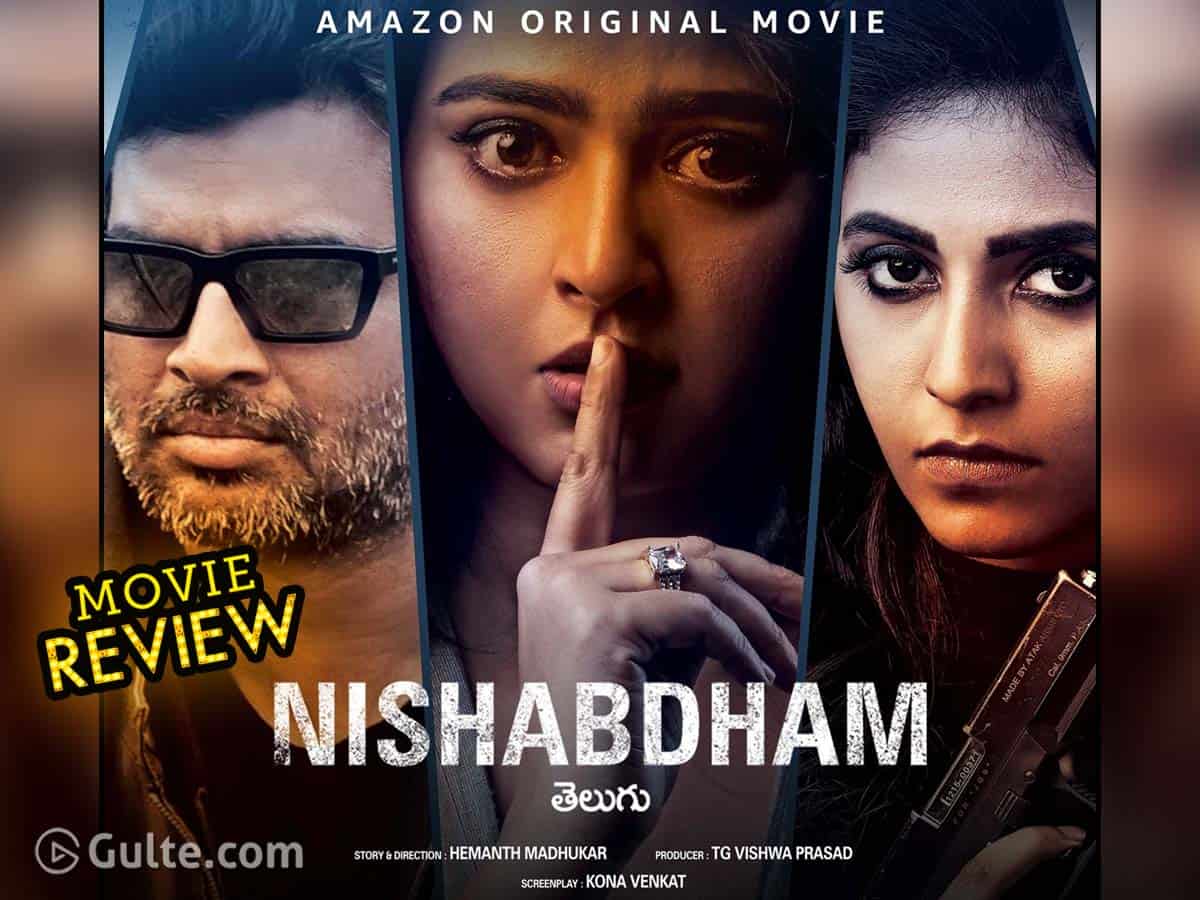 Nishabdham looked promising from the outset with its star cast and setting. However, it turned out to be another disappointing film that opted for direct to digital release.

Sakshi (Anushka) and Anthony (Madhavan) go to a haunted house where the latter gets killed. Maha (Anjali), a crime detective tries to get information regarding the murder from Sakshi, who is a mute. Sakshi convinces her that it is a ghost that has killed Anthony. But Maha has her own doubts and starts digging into the details and finds startling truths about Sakshi and Anthony.

Anushka comes up with a stellar performance as the mute artist. She has done well in portraying the pain and emotions that Sakshi goes through without uttering a word. Madhavan is as charming as ever. Anjali is okay as the investigating officer. Subbaraju and Shalini Pandey are good in their respective roles. Michael Madsen looked odd and not so convincing as the chief cop.

Hemant Madhukar got the look and feel of the thriller right. Nishabdham is technically sound with superb technical values. It has an intriguing plot and the direction especially the shot making is good. However, Hemant fails to unfold the story in an engaging way. Despite many twists Nishabdham never hooks its audience because of the slow narration and badly conceived scenes.

Gopi Sundar’s soundtrack is average. The score by Girish is splendid as it lifts some mediocre scenes too. Cinematography is impressive but the camera lingers to deliberately mislead the viewers in certain instances. Production design is on point and editing is crisp. Production values are of high standard.

The look and feel of Nishabdham is on par with international cinema. The locations, visuals, sound design and production design give this thriller an authentic look. The director and his crew have surely worked on the aesthetics and give a visually engrossing experience to their audience. However, the screenplay of the film is half-baked, to say the least. Nishabdham has an intriguing setup and suspenseful characters, but the story is not told in an engaging way.

Choice of actors also seems odd and out of place. Anjali and Michael are not convincing as the investigating officers. A young Shalini Pandey playing the bestie of Anushka also is a questionable choice. That aside, none of the characters are etched well which makes their behaviour seem odd at times. Poor character development also steals away the surprise and shock value from some of the unforeseen acts of certain characters.

Telling most of the story in audio format through voiceover of various characters is a bad tool employed by the writers. We never feel anxious for any of the characters even when they are walking into potentially dangerous situations. Such bad writing and direction! Some twists may not be guessed right away at the beginning but can be guessed way before they are actually revealed.

The reason for all that has happened in the film should be the most convincing of all, but that is where Nishabdham totally missteps. The reason sounds bizarre and silly. The actions of those characters are even absurd. Even if you are mildly invested into the story, you would be disappointed with how it unfolds and concludes. One would expect better storytelling and a far more convincing tale with such fine talent at its forefront.

Nishabdham turns out to be yet another disappointing film from Tollywood that has skipped theatrical release. Perhaps a wise choice!

Bottom Line: This Silence Is Uncomfortable!