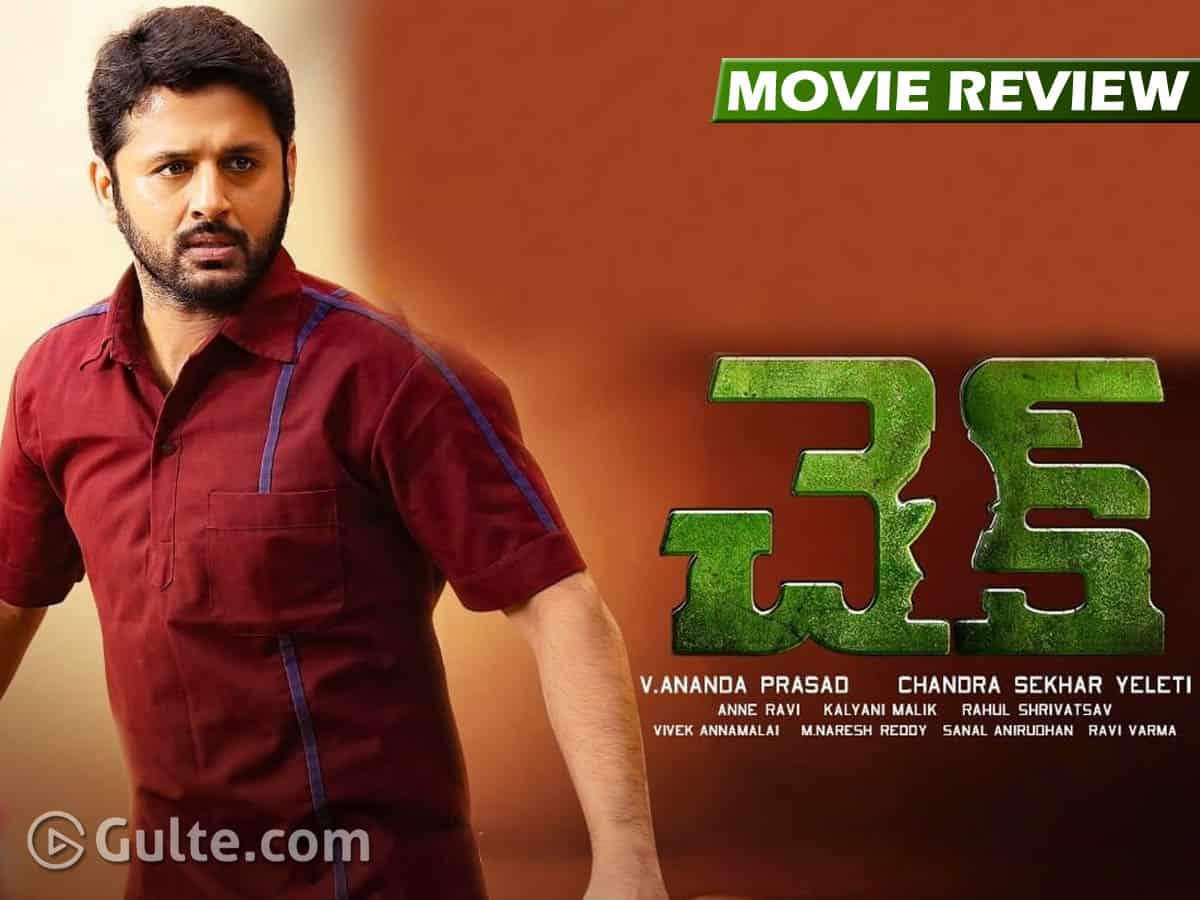 Check marks the collaboration of critically acclaimed director Chandrasekhar Yeleti and Nithiin who scored blockbuster with Bheeshma. 4 years after Manamantha, Yeleti is back to call the shots. Has he made a stunning comeback? Has Nithiin delivered? Check out what Check has in store!

What is it about?
Aditya (Nithiin) is a conman, albeit with his heart in the right place. He is convicted in a terror attack which killed 40 lives Aditya is sentenced for death and his clock is ticking. Aditya meets Srimannarayana (Sai Chand), a chess coach in the jail which changes his life. When no lawyer comes to take up his case, Manasa (Rakul Preet) comes forward to deal Aditya’s case uninterestedly. How Chess is involved? Will a terrorist turn chess player get freed? How does he fight against all the odds forms the crux of the story.

Performances
Nithiin’s performance is impressive as prisoner Aditya. He gets into the skin of the character. He has a scope to perform and he used the opportunity optimally. Rakul Preet opted for a different role that sans songs and romance. Sai Chand’s role as chess coach Srimannarayana has a great importance in the story. He did total justice to the role. Priya Prakash Varrier got a very limited role. Her character gets an abrupt ending. Murali Sharma is good as usual. Sampath is okay as a dreaded cop. Jail inmates are good.

Technicalities
An innocent death-row prisoner picking chess to bail him out sounds unique and different on paper. But Yeleti fails to execute this killer idea. The film is lost in its translation onto screen. The writing is weak. The film struggles with uneven narration. It lacks the high moments barring some fight scenes inside jail. Screenplay lacks Yeleti’s trademark. Kalyani Malik’s background score is complimenting. Cinematography is neat. Editing is okay.

After watching Check completely, one would get a doubt whether the film was really made by Chandrasekhar Yeleti or not? Though he picked up a good point, Yeleti struggles with balancing his cinematic brilliance and commercial elements. The dilemma and confusion are visible on screen. The film’s uneven narration, too many cinematic liberties are going to put us off. The film misses out on key logics. While the film has its moments here and there, it fails to deliver as a whole. Dialogues are noteworthy and good. Background score is racy.

Post interval, one would expect the film to lift. But it doesn’t. As the film progresses towards the end, it just goes haywire. It turns predictable and flat.The film hasn’t addressed key issues like Aditya’s involvement in the crime and whether he is innocent or not. The weak climax makes Check an ordinary film from Yeleti.