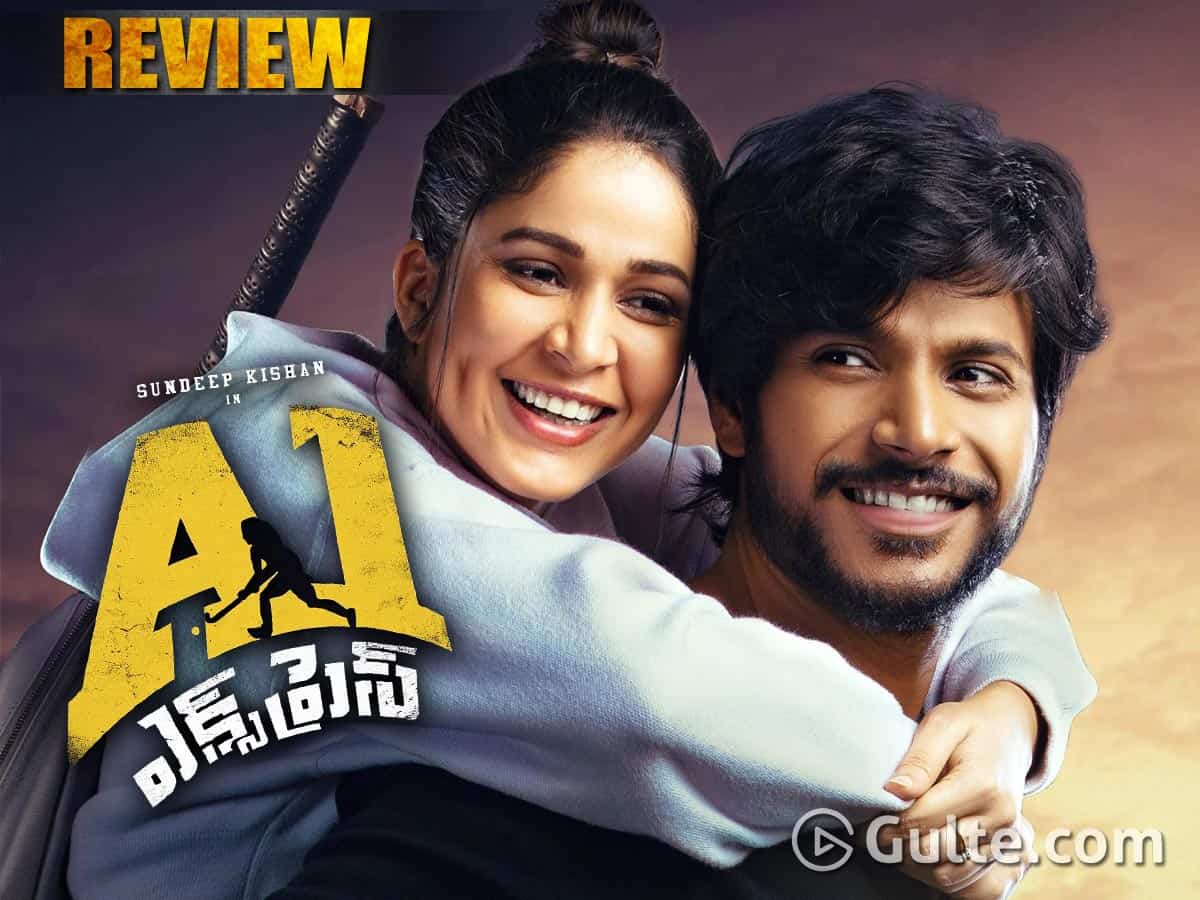 Tollywood has yet again shifted its attention towards sports films. While Mahesh Babu’s Okkadu, Rajamouli’s Sye had left an indelible mark in the past, Nani’s Jersey did set a benchmark in the recent times. Sundeep Kishan has opted for a sports drama with A1 Express which is the remake of Tamil film Natpe Thunai. As the film happens to be the first film on hockey in Telugu, it garnered attention. Has A1 Express delivered?

What is it about?
Sanju (Sundeep Kishan) is a happy-go-lucky guy who arrives in Yanam. He tries Lavanya (Lavanya Tripathi) who is a hockey player and she reciprocates. However, the hockey ground P Chittibabu stadium which has a rich history is in trouble due to political conspiracy. Sanju decides to root for the players and fights for the stadium. Who is Sanju? What is his past? How does Sanju fight against all the obstacles?

Performances
Sundeep Kishan gets under the skin of the role. He has transformed his body and groomed his hockey skills. The home work that he has done for the character is seen on the screen. Some of his mannerisms look overdone. Lavanya, who is at the centre in the first half, gets sidelined in the second half. She did a decent performance. Rao Ramesh’s performance could have been better. He falters in key scenes that require more depth. Lack of seriousness in his character weakens the film at crucial portions. Murali Sharma delivered a fine performance as the sincere coach. Priyadarshi and Rahul Ramakrishna get limited yet important roles. However, they couldn’t shine in the film.Satya is alright. He is not used well.

Analysis
Hockey is an underrated sport. While hockey has been India’s national sport, it hasn’t got the attention it deserves. While Shah Rukh Khan’s Chak De! India did garner attention, it is not attempted in Telugu. This is an opportunity for A1 Express. But the opportunity has been lost.

The plot of A1 Express reminds us of Rajamouli’s Sye where the students of a college fight with a local don for their ground. Replace rugby with hockey and add some drama and flashback, we get the A1 Express. Director Jeevan Dennis couldn’t deliver a gripping sports film. He struggles in diving into the story. He took a chunk of the time in establishing the story and characters. This dulls the portions in the first half. The love track of the lead pair could have been dealt well. Forced comedy is a major shortcoming. Barring an interval episode and some match highlights, the film hardly has moments to take it seriously. The second half has its moments. But it is not enough to sustain the film. It ends up as a predictable tale. Weak direction puts us off.

The film also raises several doubts why such a reputed international hockey player goes unrecognised. And Sundeep’s character clarifies how hockey is underrated and the sports persons, barring Cricketers, in the country get little attention. It justifies to an extent. There are some moments. Murali Sharma’s character elevates some scenes and boosts the spirit of sports persons. It is not sufficient to rescue the film. A1 Express leaves you with a mixed feeling and makes you want more.