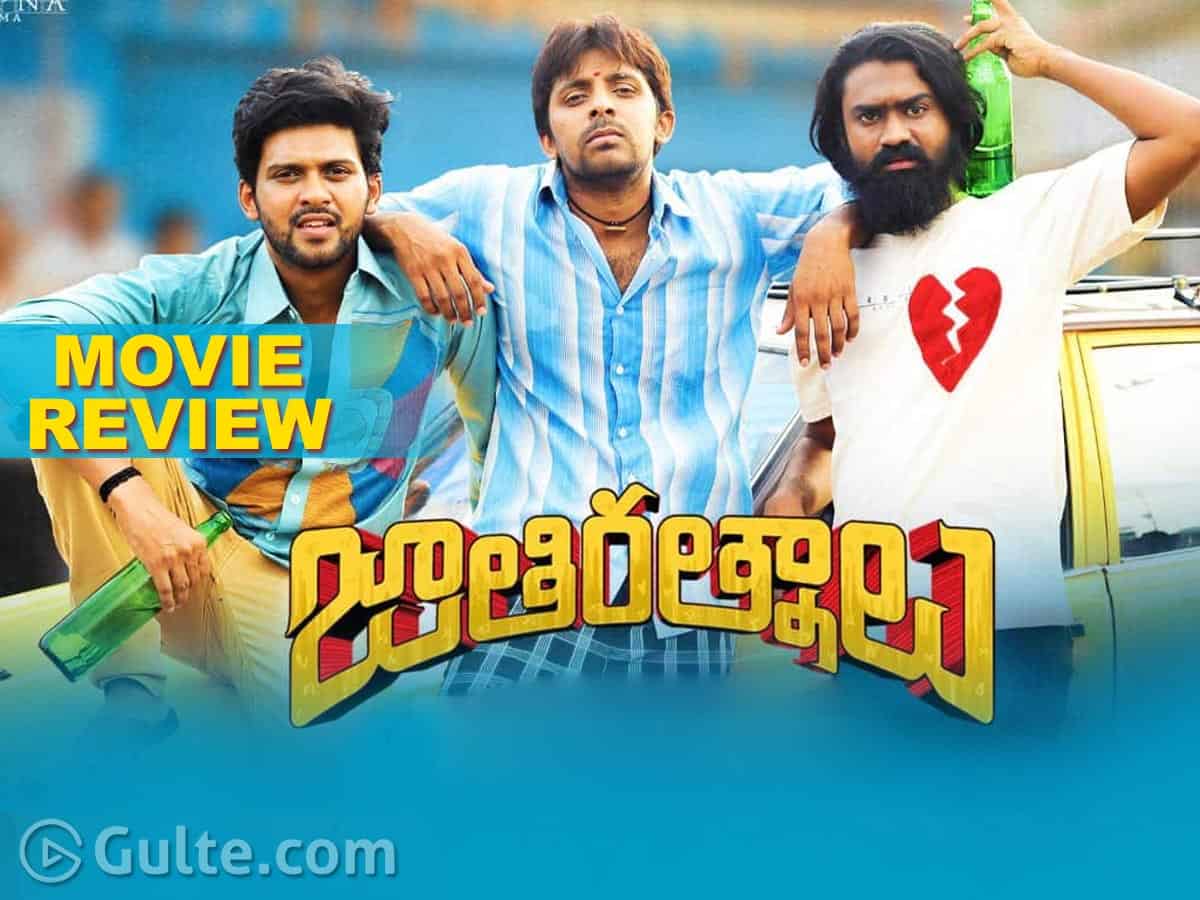 Srikanth (Naveen) and his friends (Rahul Ramakrishna and Priyadarshi) are aimless youngsters from Jogipet. They decide to go to Hyderabad to settle down in life but ends up as accused in an attempt to murder case. They should find a way out of it so that they can go back to Jogipet again.

Naveen Polishetty is a fine talent who can make you watch whatever he does and also keeps you thoroughly entertained. Although Rahul and Priyadarshi are always around him it is Naveen’s one man show all the way. Rahul is hilarious as a drunkard who always chitchats with random girls on phone. Priyadarshi also gets some nice moments here and there. Faria’s character also has been written for the comedy sake and she is okay. Murali Sharma, Naresh and Brahmanandam shine in their respective roles.

Anudeep never tried to take the film seriously. He wanted to make it a farcical comedy and he didn’t mind to write every scene in a nonsensical yet funny manner. It needs guts for any director to believe in such content and thankfully Anudeep has the best man leading the Jathi Ratnalu troop.

Music is good with Chitti song standing out. Cinematography is decent. Editing could have been better. Production values are adequate. Vijay Deverakonda and Keerthy Suresh made cameo appearance.

Too silly at times
Illogical

Jathi Ratnalu is a farcical comedy that doesn’t take itself seriously atleast for a moment. It is an attempt to make people laugh throughout even if it may appear silly and senseless at times. The director and the actors are aware of what they are doing and they enjoyed doing it. It is a boon for the director to have Naveen on board and he just killed it with his comic timing.

There are numerous moments where Naveen will make you laugh uncontrollably in spite of uttering totally nonsensical lines. Naveen never lets the smile on your face fade away even when the proceedings turn a bit tedious in the second half. His performance in the courtroom scene is paisa vasool and everything else is a bonus.

First half is fun ride with many laugh out loud moments and well placed Chitti song. The track between Naveen and Faria also is likeable. Second half seem tiresome at few instances as the director takes an illogical route to solve a serious crime. Comedy also is over the top in few sequences. However, the courtroom scenes with Brahmanandam playing the judge puts everything back on track and the movie ends on a fun note.

Just put your logical brains aside and Jathi Ratnalu will deliver many laughs even if you’re not into watching such farcical comedies. Young audience will have a gala time in theaters for sure.