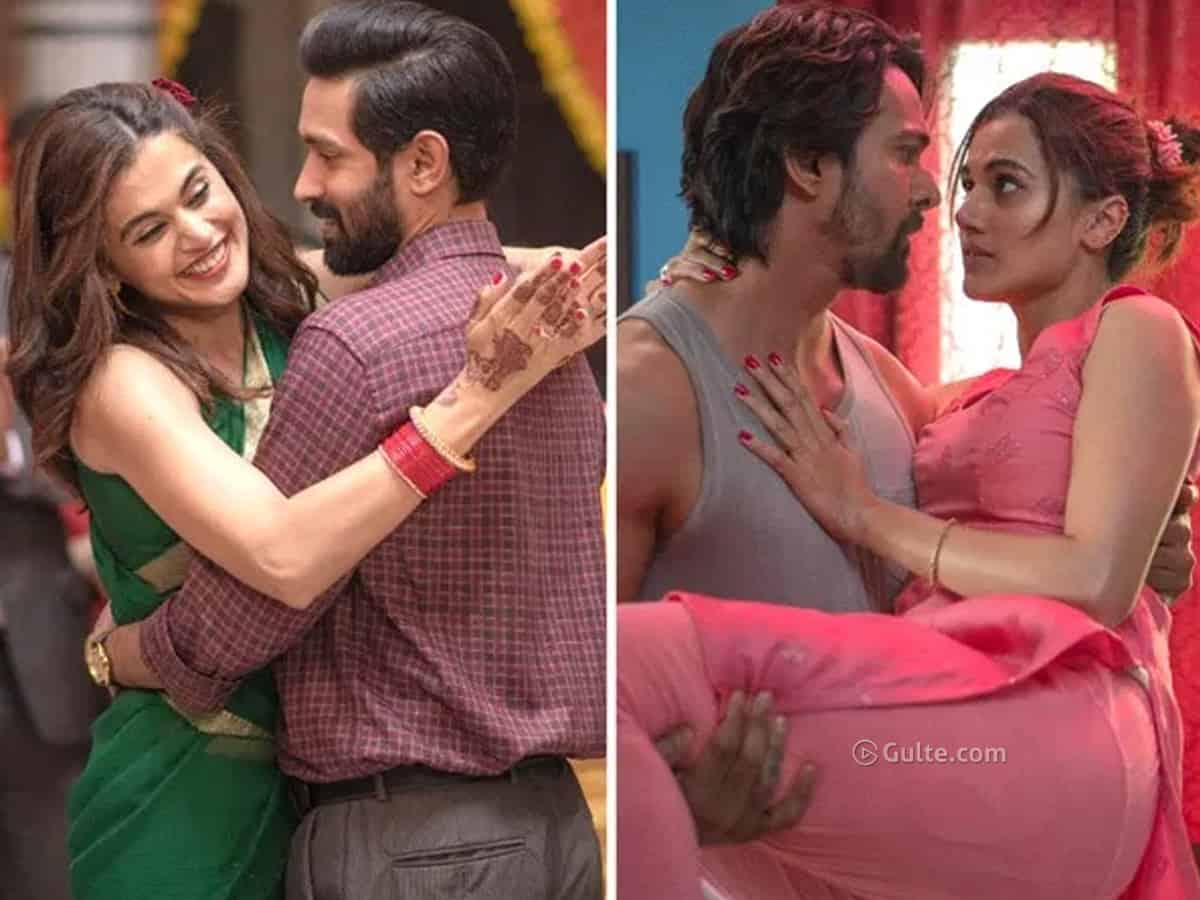 Taapsee has become the go-to girl when it comes to dark thrillers. She is now ready with Haseen Dilruba which is now streaming on Netflix. The film has a story by Kanika Dhillon and also stars Vikrant Massey and Harshvardhan Rane.

The film starts with a blast and showcases Rishu(Vikrant Massey) getting killed. The cops start their investigation and find out that Rishu’s wife, Rani(Taapsee) had an affair with Rishu’s cousin Neel(Harshvardhan Rane) and could be behind the murder. But there is a catch and a whole new angle of suspense starts rolling out. Who killed Rishu? and what connection did Neel has in all this is the crux of Haseen Dilruba.

All in Taapsee films, she is one who dominates the show. But in Haseen Dilruba, it is Vikrant Massey who walks away with the cake. He as the innocent Rishu is splendid. The transformation that Vikrant shows in the latter part is a joy to watch. Harshvardhan Rane is also good and plays his part as the Tapori guy. Coming to Taapsee, she as Rani is a mixed bag. For the first time, you get a feeling that she goes a bit overboard in her role. Her expressions are loud and she looks a bit unkempt. But Taapsee is good in the first half where she plays this distressed wife. Aditya Srivastava is not that impressive as a cop.

Kanika Dhillion is the woman behind this film. Her story is debatable as she is the one who has showcased women in bold roles in her film. But the way she etches Taapsee’s role is hard to understand. Taapsee is not even happy with her marriage but the way she tries to fix it is not narrated well. The visuals of the small town and BGM are good. Editing is not that great. Director Vinil has made the thrill aspect work effectively but the rest of the logic in the cop angle is hard to understand.

Haseen Dilruba is set in the modern-day world but still has an old storyline. A woman who is unhappy with her life has an affair and her husband gets to know about it. Some twists are added to this and the way it is revealed in the climax is impressive. But the manner in which the husband-wife behaves at the beginning of the film looks weird.

This is where Taapsee’s role looks a bit over the top. She tries too hard to woo her husband and this aspect looks cheesy. But the place where the film falters is the cop angle. The police start suspecting Taapsee of her husband’s murder. The whole angle of investigating her looks farse and does not elevate the film. In fact, it makes the proceedings mundane.

If this part would have been narrated with good scenes, the film would have been amazing. But the savior is the last fifteen minutes where the twist is revealed and makes the film a bit convincing but nothing much to rave about.