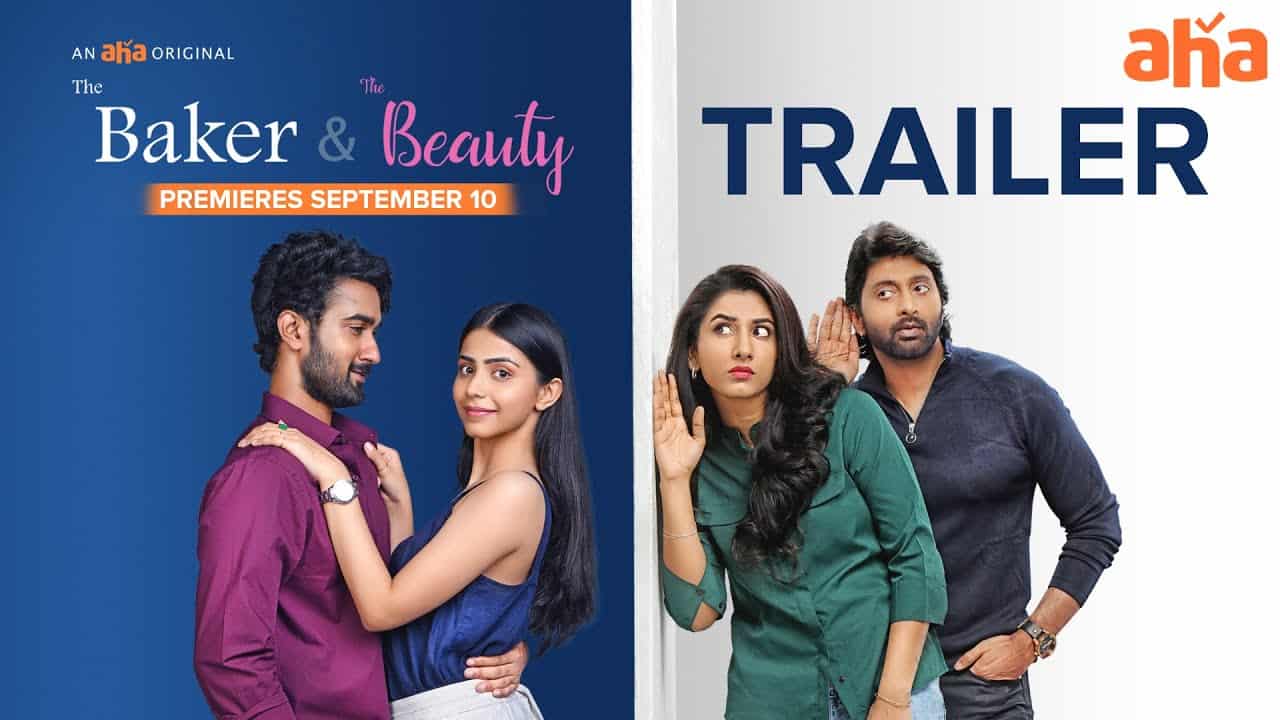 ‘Ek Mini Katha’ has given a much needed kick and break for young hero Santosh Shoban. Now he has a handful of films under his belt and is even doing films for the OTT platforms. ‘The Baker & The Beauty’ is an exclusive combination of Aha platform and Annapurna Studios banner. The trailer of the film is out.

Santosh plays Vijay and is a baker. He also supports his family that runs a supermarket. Vijay’s family has a clue about his love life but unexpectedly his girlfriend played by Vishnu Priya proposes for wedding in a restaurant. This embarrasses Vijay and out of confusion he refuses to say ‘YES.’ Then the eventual (Break-up) happens.

Just when Vijay is moving on, he meets a heroine and falls in love with her. But this relationship too isn’t a smooth ride. With personalities clashing Vijay breaks up with his second girlfriend.

Wasting no time and out of ego, Vijay reaches his first lady and then it’s all a cocktail of love triangle and emotions.

Directed by Jonathan Edwards, ‘The Baker & The Beauty’ trailer mostly resembles ‘Krishna & His Leela’ but the conclusion/climax of this film is yet to be known.

The film will be premiering on Aha from September 10th.