Samantha Shares Pic From Balcony With A Message 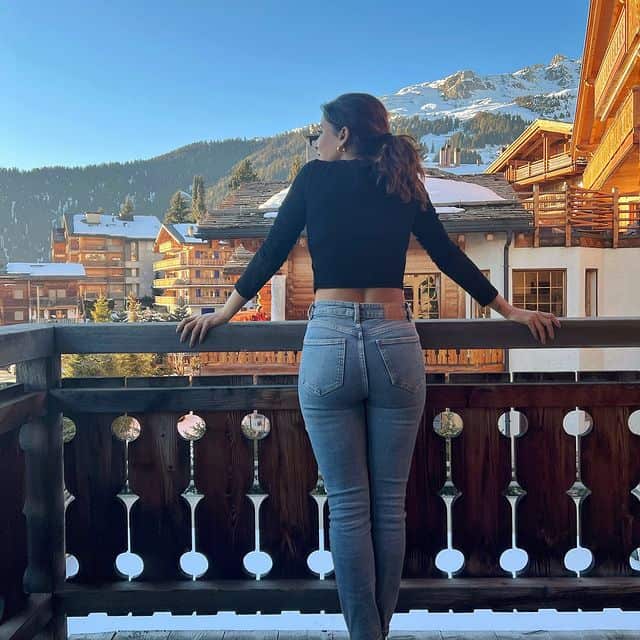 To escape the chilling weather in Hyderabad, queen bee Samantha Ruth Prabhu went to a much cooler place like Switzerland where she is not only learning skiing in the Alps but also resting in rooms that have scenic views. Other day the hottie posted a picture from her balcony, with herself included.

While Samantha stood casually, leaning with her two hands on the wooden wall of her cottage’s balcony, the scenic view behind has really taken everyone by a storm. The pretty actress and her friends are said to be staying in the popular Verbier village in Switzerland which happens to be a gateway for four skiing valleys in the country. And then, Sam added the message, “Could get used to this”, which has now set social media into various discussions.

If the comments made by Samantha’s personal team are anything to go by, she’s talking about the chilling weather in the alps. But then, some are busy reading that maybe the actress is indicating that she is getting used to the loneliness in her life, as she used to pose with her ex-husband earlier from such locations.

Whatever it may, many more such European sojourn pictures are expected from Samantha this time as we hear that her tour might last a little longer there.