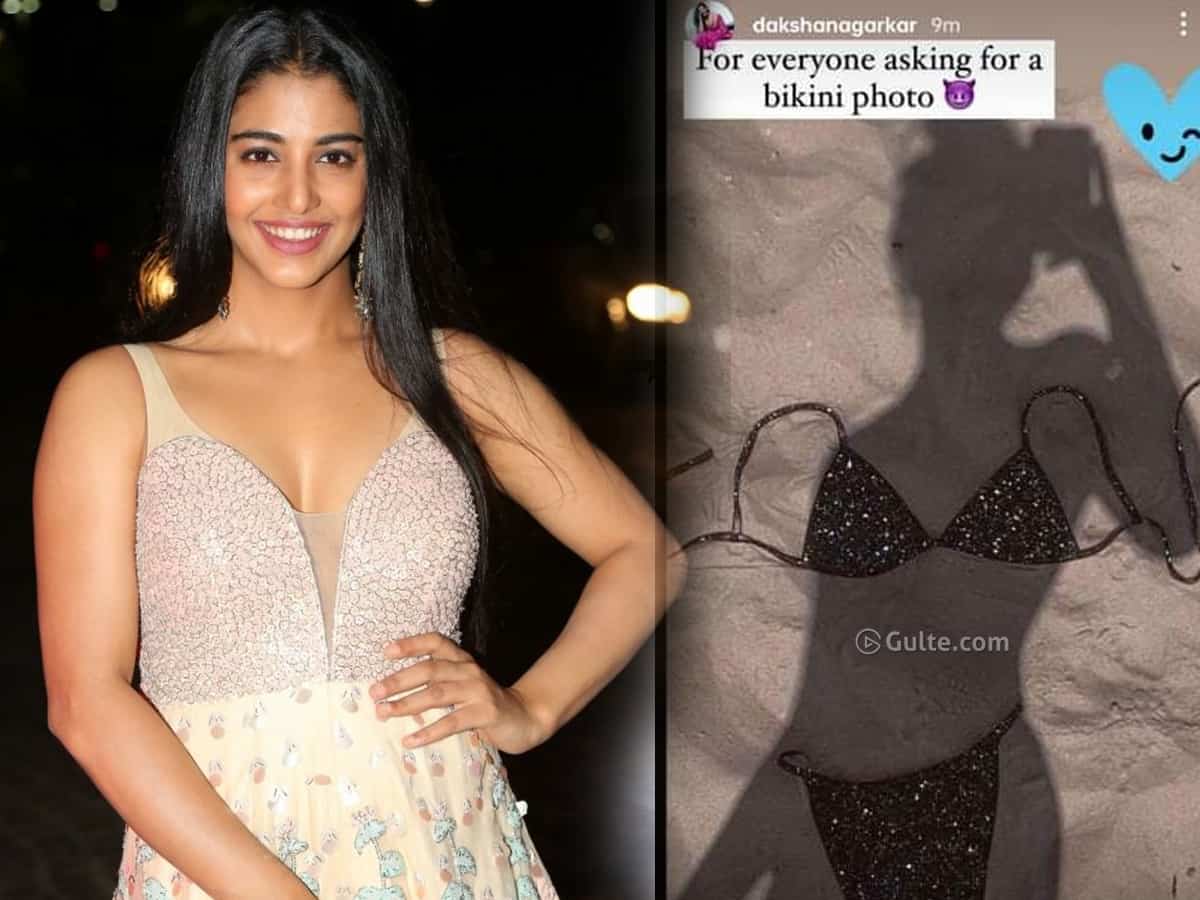 Actress Daksha Nagarkar made her debut in Tollywood with the 2018 film Husharu. She was later seen in Zombie Reddy as well.

The young beauty enjoys a massive fan following on social media. Recently, she acted alongside Nagarjuna and Naga Chaitanya in Bangarraju.

It looks like fans on social media have been requesting Daksha for her bikini picture of late. The actress fulfilled their wish in the most hilarious way.

Daksha shared an Instagram story that featured the shadow of a girl falling on the sand where a bikini is placed. “For everyone asking for a bikini photo,” captioned Daksha.

In that way, Daksha gave a befitting and sarcastic reply to the people who have been asking her for a bikini photo.

Recently, Daksha’s video of sharing a smile with Naga Chaitanya went viral on social media. Since then, the actress got a huge attention among the audiences. She is now being flooded with a lot of offers in the tinsel town.