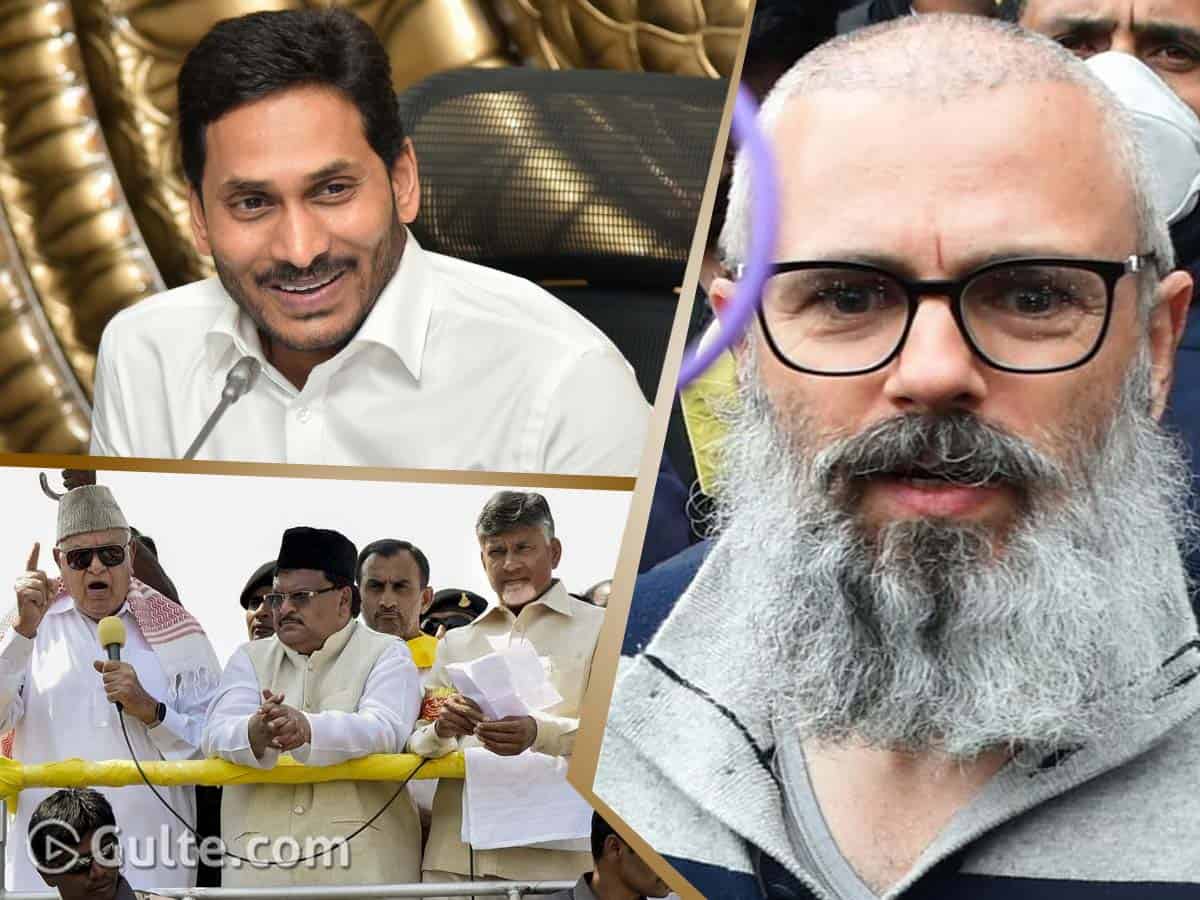 The former Chief Minister of erstwhile state Jammu & Kashmir and J&K’s National Congress leader Omar Abdullah has breathed fire on Chandrababu Naidu. Calling Naidu as ‘Opportunistic’ leader, Omar Abdullah lamented Naidu for not “uttering a word” in support of his father (Farooq Abdullah) and himself when the duo was arrested and kept under detention. Omar Abdullah has made interesting comments on Naidu which became a hot topic in national politics.

“My father (Farooq Abdullah) had left his own Parliament election and went to campaign for Chandrababu Naidu’s TDP (in Kadapa). This is despite knowing and fully aware that Chandrababu was losing election and YS Jaganmohan Reddy was going to sweep the polls. Still my father campaigned for Naidu as he didn’t want to turn down Naidu’s request. Whereas, Chandrababu couldn’t utter one word in support of me and my father when we were arrested for the cause,” Omar Abdullah was quoted as saying.

Speaking to various media houses on the eve of one year of the Centre’s decision to abrogate Article 370 and bifurcate Jammu and Kashmir and Ladakh into two Union Territories, Omar Abdullah made above comments on Chandrababu Naidu. However, Omar Abdullah didn’t spare the other Opposition parties who all had gathered to fight against Modi before the 2019 polls.

Omar expressed his “great disappointment” at the reaction of India’s political leaders after August 5, 2019, the day when the Government of India revoked the special status granted under Article 370 of the Indian Constitution to Jammu and Kashmir.

Omar Abdullah attacked TRS, Arvind Kejriwal’s Aam Aadmi Party too. “Arvind Kejriwal was fighting with Modi everyday. He was fighting against the Lieutenant Governor and asking full statehood to Delhi. But now, he seems to be very cosy with BJP all of a sudden. And when it comes to Jammu and Kashmir which is being reduced from a State to a Union Territory, Arvind Kejriwal has no problem with it and he supports it.”