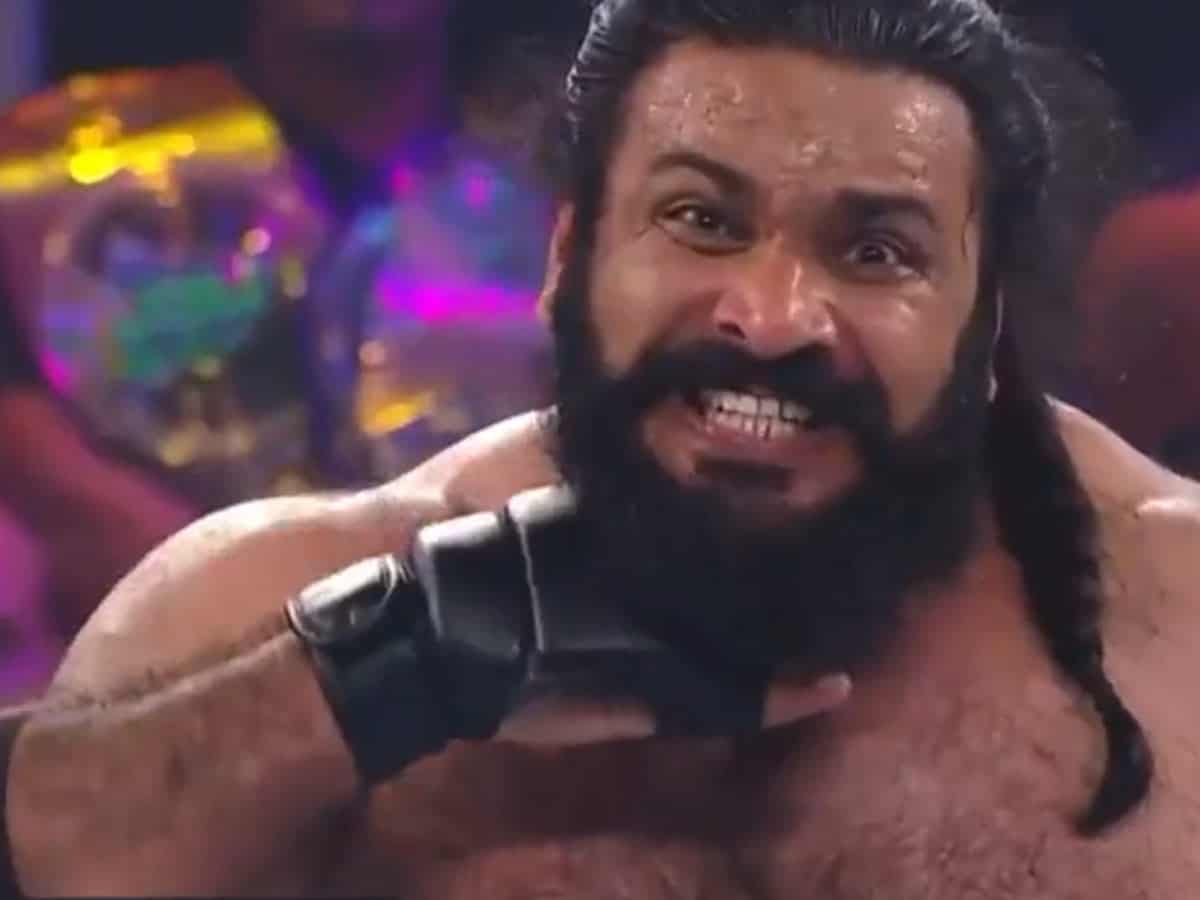 Pushpa is one of the super hit films in Telugu in the recent times. The film that released in last December has become a big blockbuster. The craze of Pushpa is unparalleled. From cinema stars to cricket stars, from politicians to common men, everyone is in the awe of Pushpa. Now, the Pushpa craze has reached the WWE stage.

The interesting news is that the craze of Pushpa is not coming down even after six months of its release. From the cricket leagues, the film’s craze has reached the WWE stage now.

Before going up for his bout, Sourav Gurjar has mimicked Allu Arjun’s Thaggede Le moment. Sourav himself has shared the video on social media, which is now trending viral on social media.