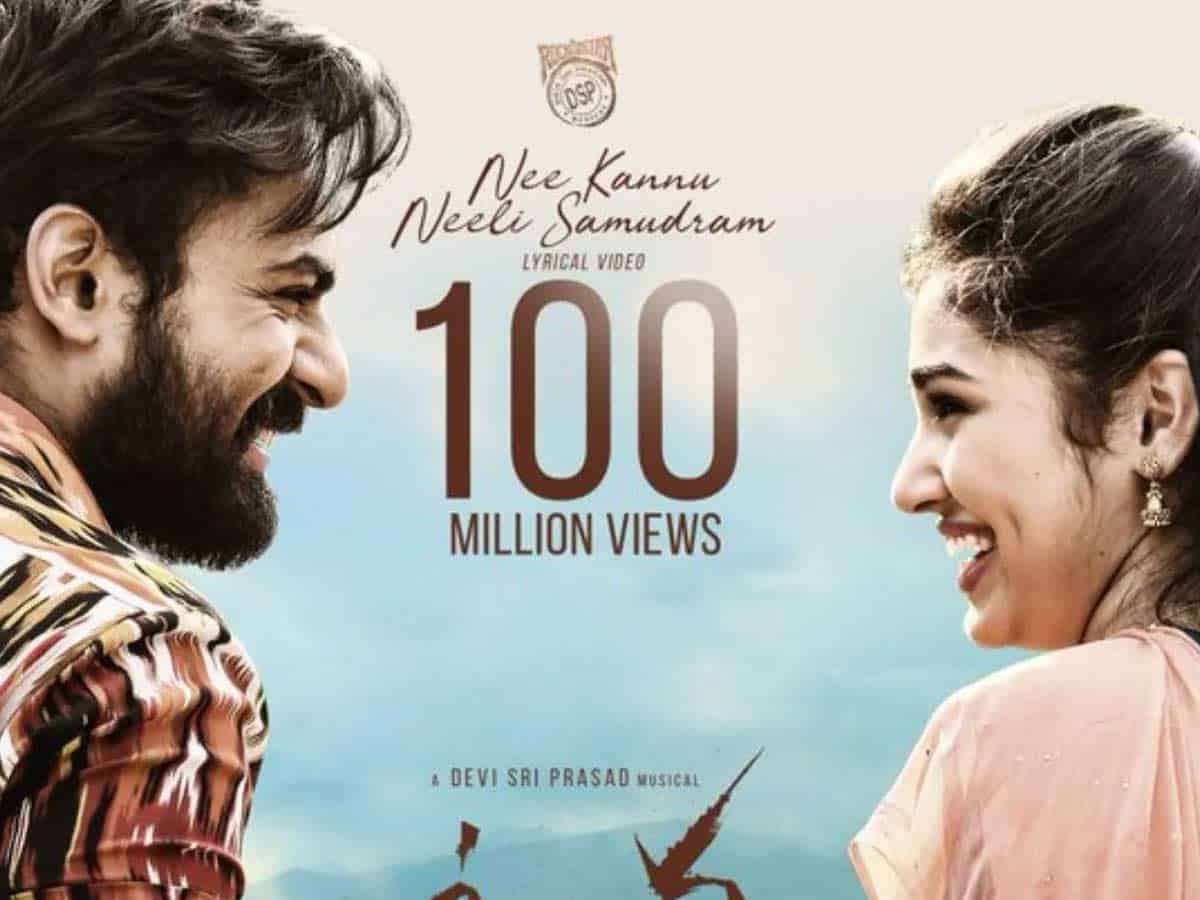 Only in very few cases songs that have become stupendous hits even before the release of a film often help the films score big success. And that is what worrying the producers of Telugu film “Uppena” which has Sai Dharam Tej’s brother Vaishnav Tej debuting as a hero along with another newcomer Kriti Shetty.

Apparently the song “Ne Kallu neelisamudram” has become a super hit on YouTube that it garnered 100 million views in no time. Composed by Devi Sri Prasad, the song is being patronised by music lovers from all walks of life. Fact is that, when songs of big stars like Prabhas and Allu Arjun turn super hit before the release of the film, they help with the openings. However when songs like “Kolaveri Di” became stupendous hits, expectations raised on the movie, and surprisingly the films flopped huge way.

Anyway, as we have none other than Sukumar taking care of the script of the film directed by a newcomer who happens to be his protege, there is a guarantee that the film will have an interesting love story audiences would love to crave for. On the other hand, makers of “Uppena” have said a no to the film’s release on OTT while the film’s final copy is ready long back.