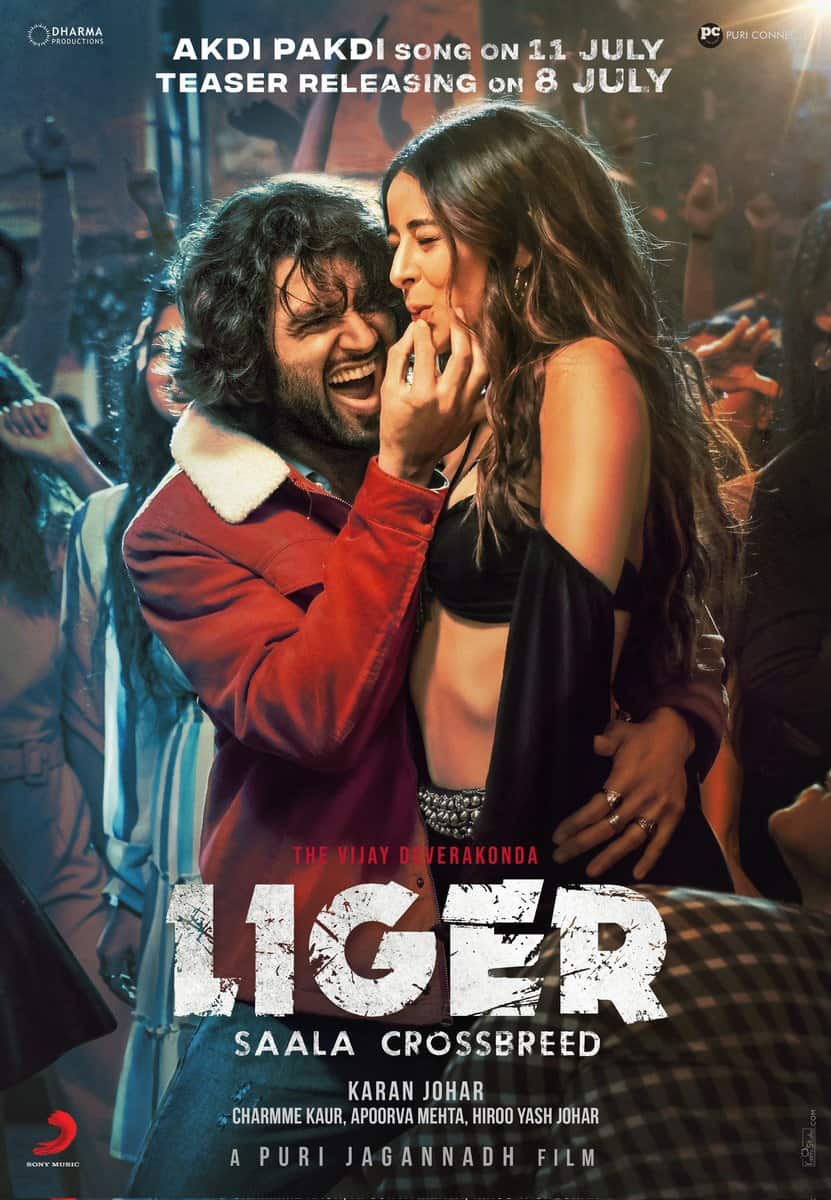 It’s barely 50 days for the release of ‘LIGER’ which happens to be the happening hero Vijay Deverakonda’s first pan India film. With the release fast approaching, the makers decided that it is time to kick start the musical promotions.

And here is an announcement of the first song which is ‘Akdi Pakdi.’ The poster shows Vijay Deverakonda making the female lead Ananya Panday whistle and both are on high energy. The song promo will be out on July 8th while the full song will be out on July 11th.

Lijo George and DJ Chetas have composed this track and going by the poster, we expect this to be an energetic thumping number as Vijay promises mass music.

‘LIGER’ is based on Mixed Martial Arts (MMA) written and directed by Puri Jagannadh. Professional boxing champion Mike Tyson is playing a pivotal role in this flick.