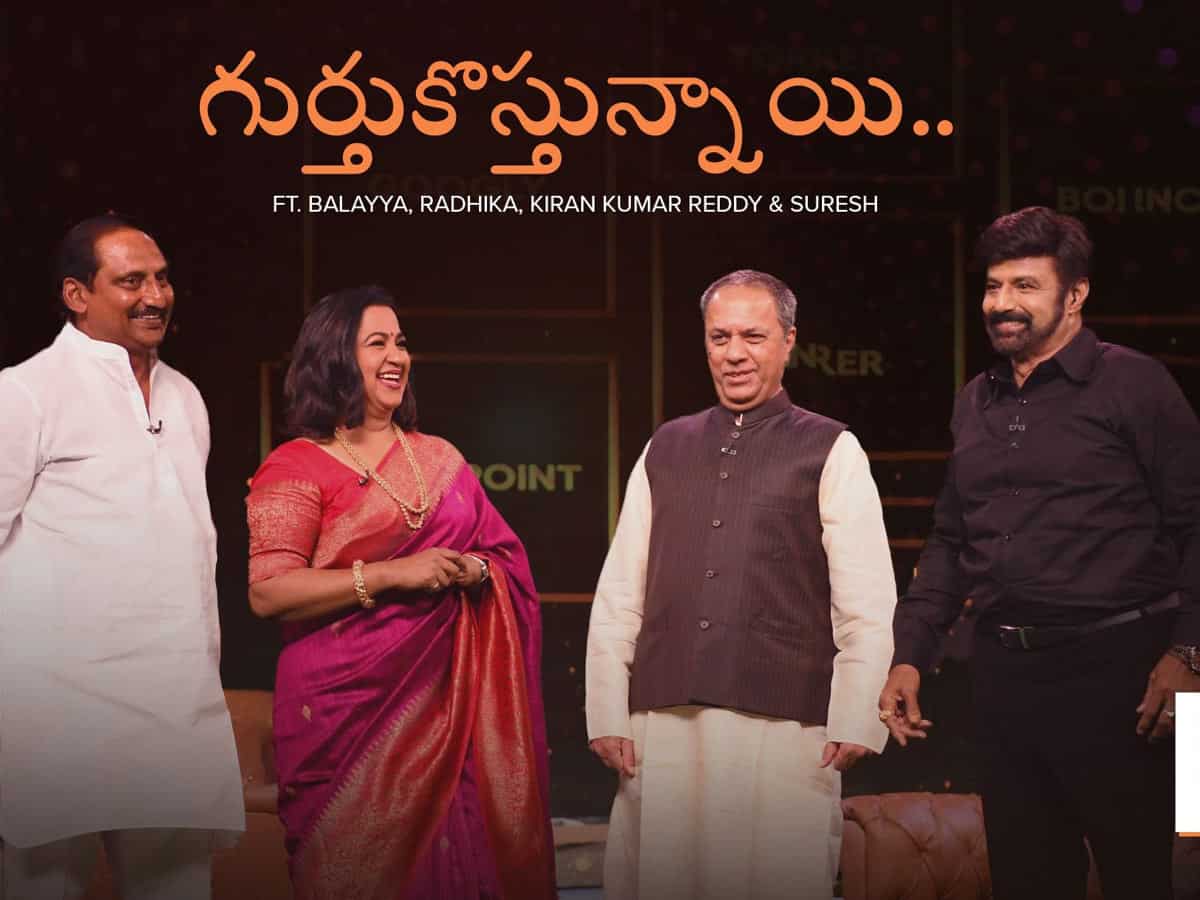 Focusing on some interesting guest lists, Nandamuri Balakrishna is making sure that the guests turning up on “Unstoppable” Season 2 are going to be more surprising and interesting. And for the 4th episode, former Chief Minister Kiran Kumar Reddy, speaker Suresh Reddy and former heroine Radhika Sarathkumar have turned up as the chief guests.

Going by the promo, it looks like Balayya had a blast with this episode with his former classmates, as Balayya, Kiran Kumar Reddy and Suresh Reddy studied together at Nizam College in Hyderabad. Also, Balayya happens to be a close friend of the heroine Radhika in Madras, though they haven’t acted together in any film. At one point, Balayya even asked Radhika, “You acted with many superstars like Kamal Haasan, Rajnikanth, Vijaykanth and others, but how come you missed acting with a superstar like Balakrishna?”.

Later Balayya also asked Radhika, “What do you don’t like in Chiru, and that you like in me?”, teasing the actress.

Also, the camaraderie between Kiran Reddy and Balayya is so interesting that the former CM revealed that when he became speaker of the then-united AP’s assembly, Balayya called him late in the midnight to say, “Adhyaksha”. Both Balayya and Suresh Reddy used to wander on a Rajdoot bike and used to tease girls.

At the same time, they discussed Kiran’s CM term too, as the former Chief Minister revealed that he became CM only because he was alive. It looks like he revealed a story about how he missed that unfortunate helicopter that carried YSR for his last trip and crashed. Well, the episode is titled ‘Gurthukostunnayi’ and it looks like the audience are going to have lots of fun when it releases.