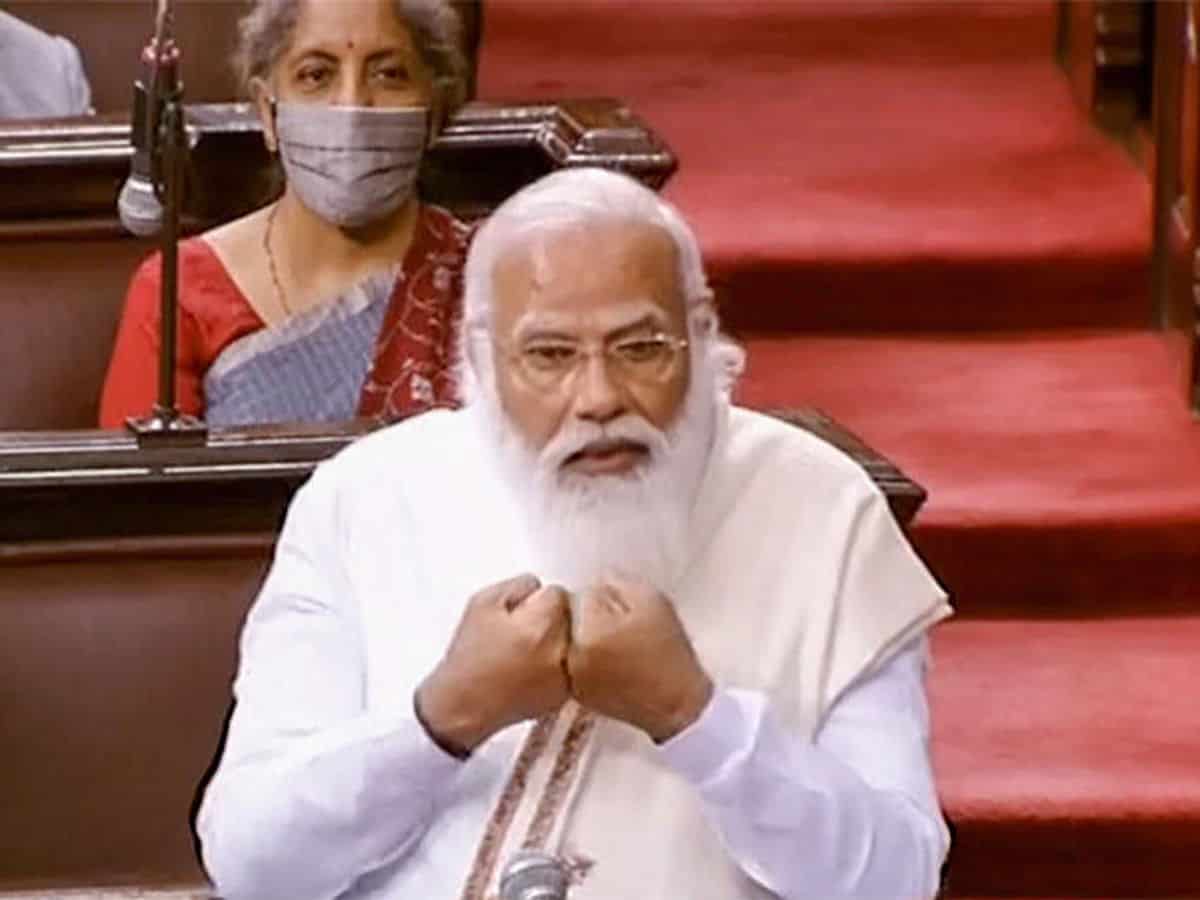 The Rajya Sabha witnessed an interesting incident during the proceedings on Monday. Prime Minister Narendra Modi showered praises on leader of the Opposition in Rajya Sabha Ghulam Nabi Azad (Congress). He said that despite being in the Opposition, Azad maintained the decency and spoke in a balanced manner and that he learnt a lot from the Congress veteran. Modi said Azad is a soft-spoken and polite person.

During his reply to motion of thanks to the President’s address, Modi suggested that new entrants into the Parliament should take Azad as an inspiration.

“Ghulam Nabi Azad is not known to use harsh words and I believe everyone must learn from him. I respect him for this. He congratulated us for the elections in Kashmir,” Modi said.

Azad would retire on February 15 and will deliver his farewell speech on Tuesday.

Modi said he was happy that Azad praised his government and cautioned the Congress not to do the opposite, just because Azad said so.

Pointing out about the internal groupism in the Congress, , Mr Modi said that while he was happy that Ghulam Nabi Azad had praised his government on holding the elections in Kashmir, he cautioned the Congress not to do the opposite just because Mr Azad had said so.

“I hope that your party will take it in the right spirit. They should not make the mistake of doing just the opposite considering it as the view of G-23,” he said which left the Treasury benches in splits.

Azad is unofficially leading the G-23 group, which argued for reforms in internal working of the Congress and elections to the post of party president.

Meanwhile, there is talk in Congress circles that Mallikarjun Kharge may replace Azad.