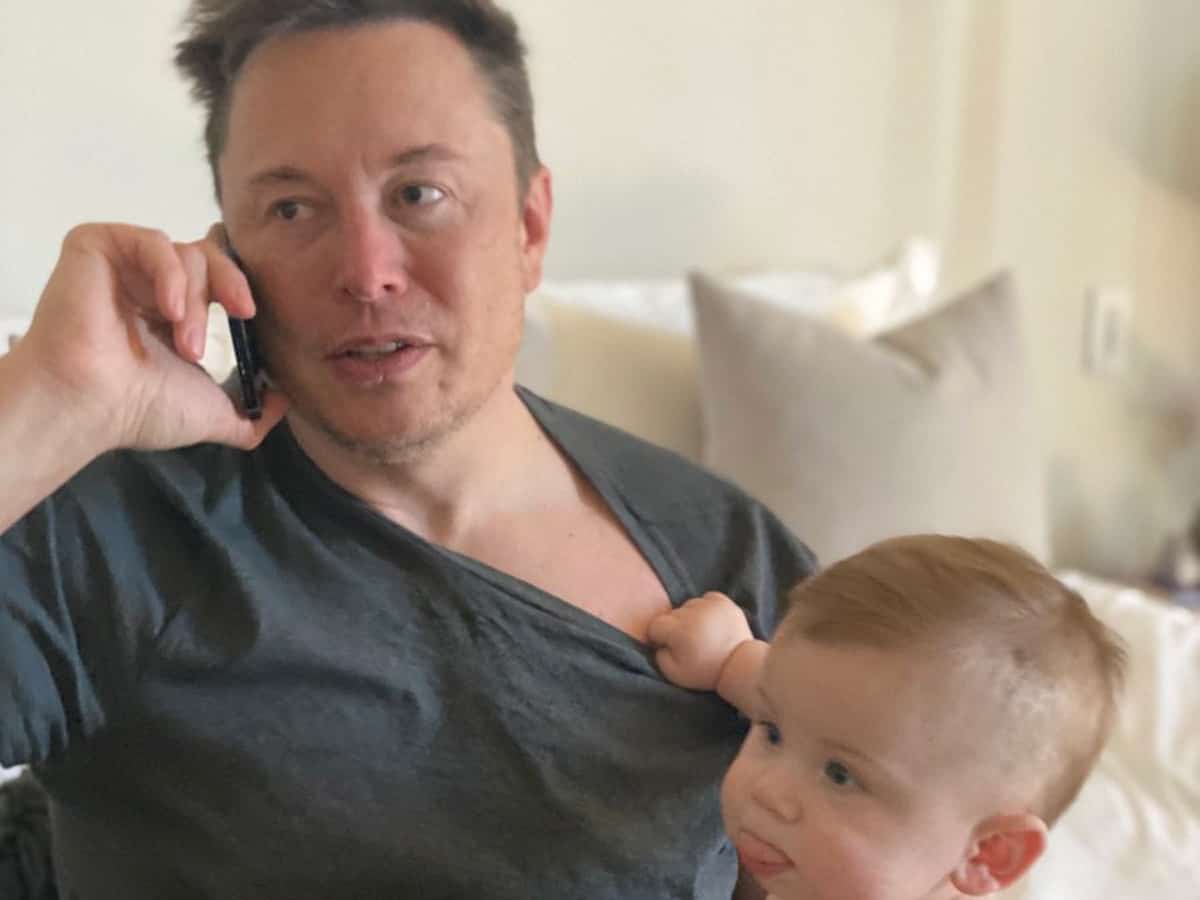 The name Elon Musk itself is a synonym for sheer inspiration and the reason would be his dynamic and charismatic lifestyle. Musk is the founder, CEO, CTO, and chief designer of SpaceX and product architect of Tesla, Inc. He is the founder of The Boring Company; co-founder of Neuralink; and co-founder and initial co-chairman of OpenAI. He became the richest person in the world in January 2021, with an estimated net worth of $185 billion, surpassing Jeff Bezos.

Not only for his fundamental thinking and great ideas, but the youth is also going bonkers over his latest picture that he posted along with his son. Musk himself posted this adorable picture on Twitter and captioned the candid moment, “The Second Last Kingdom (sic).” Elon Musk and his girlfriend Grimes welcomed their first child in 2020 and the picture of him with the baby is breaking the internet. On an intriguing note, the couple named their son X Æ A-12 Musk. However, they later changed the name to X Æ A-XII.

They have also explained what the name means. X means “the unknown variable,” Æ stands for “my elven spelling of Ai,” and A-12 is the “precursor to SR-17 (our favourite aircraft),” said Grimes. In the image, Junior Musk can be seen pulling his father’s T-shirt with a cute look on his face. And Elon is seen talking on the phone while holding X Æ A-XII on his lap.