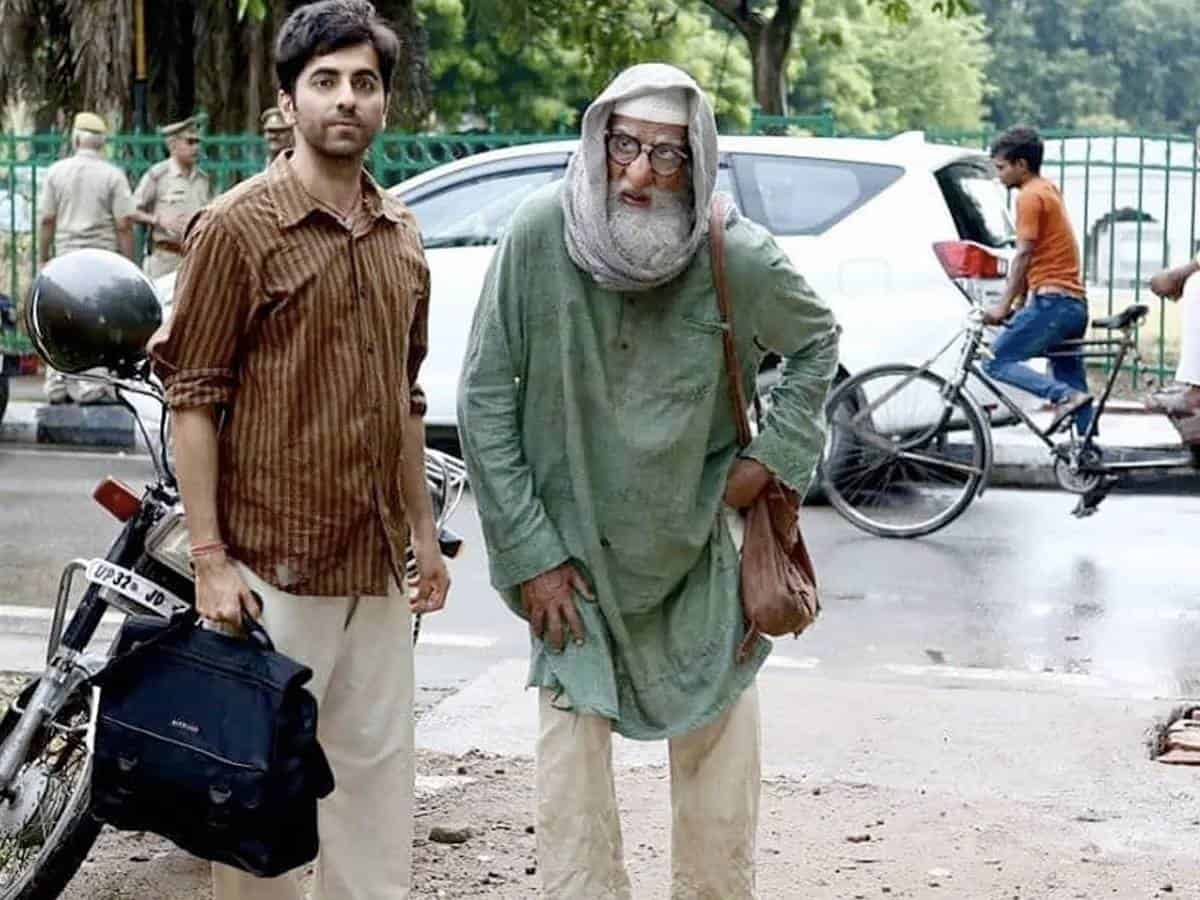 Gulabo Sitabo is released on Prime Video like many other movies that have gone OTT way during this lockdown. Starring big names like Amitabh, Ayushmann, it is written by Juhi Chaturvedi and directed by acclaimed director Shoojit Sircar.

A greedy old man Mirza (Amitabh Bachchan) is the practical owner of a dilapidated mansion waiting for his begum to die so that he can become the real owner of it. The mansion has been rented out to few families and Bankey Rastogi (Ayushmann Khurrana) is one among them. He refuses to pay a meagre Rs 30 rent to Mirza and always finds excuses for it. When an angry Bankey kicks a hole into one of the bathrooms things turn serious and other players come into the act with the mansion taking the CenterStage.

Amitabh Bachchan is simply superb as Mirza, a character that none other could have pulled off. His protruding nose, Santa-like beard, oversized glasses, his gait and hunch brings Mirza to life. Ayushmann Khurrana is happy to play the supporting part as it is primarily a Bachchan’s film. However, he sparkles in every scene that he is in. Srishti Srivastava is terrific in a supporting role while Vijay Raaz and Kala do their bit. Farrukh Jafar gets best lines as the begum.

Shoojit Sircar’s signature is evident in Gulabo Sitabo that is named after a popular street puppetry show in UP. His satire is sharp and extracts the best out of his star cast and technical team like he always does. However, the screenplay of the film is lethargic. It is a little too much slow paced for the liking of today’s audience.

Background music complements the mood of the film and cinematography is very good. Production design is one of the main assets. The film needs a lot of trimming despite a short runtime.

Gulabo Sitabo is a social satire that is set in the City of Nawabs. The story is about how greed overcomes humans and where it leads them to. Mirza’s character is full of greed and is not ashamed of being so. When someone says that ‘Greed is like poison’, ‘I’ve never seen someone die of greed,’ he retorts. The character remains unapologetic even by the end of the film that he never realizes that he lost his wife because of his greed.

The beauty of the film lies in its characters that are flawed like many of us and the life-like situations that never appear to be staged. The film starts off on a fun note with the banter between Mirza and Bankey stealing the show. However, it starts to slip by the midway as the story doesn’t move forward and things start to get repetitive.

It redeems towards the end as the drama thickens and emotions start hitting the right notes. The message it delivers is superb without getting any preachy. But sitting through Gulabo Sitabo until the last hour is not going to be easy. It is slow and lethargic and becomes extremely tiresome to watch by the time it reaches halfway. Things don’t excite even when other characters come into play.

Despite the weak script, Gulabo Sitabo works mainly because of the performances and its setting. It will need a lot of patience to watch it at one go, which isn’t a great sign for a movie that is streaming online. That said, it has its own merits and will appeal to a section of audience with its sharp wit and delectable satire.