Parampara 2 is back with a new season 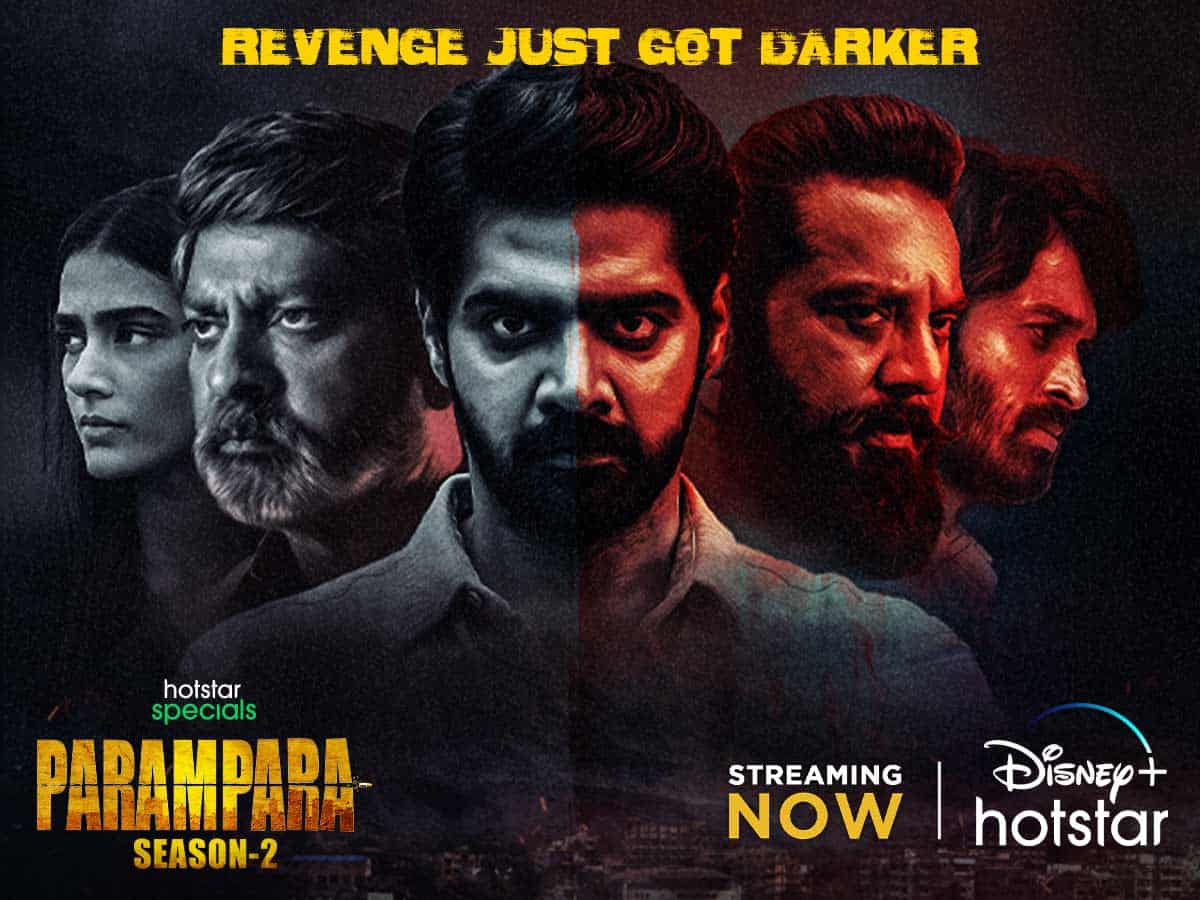 The phenomenal story that was out in the world thanks to the beloved OTT platform Disney Plus HotStar, Parampara continues to enthrall the audience with its new season.

The first season was successful in convincing people of the impact that a power struggle can create in the family and accurately depicts how it ends up in the collapse of an entire empire. Carrying on the first season’s phenomenon, the second season is setting hearts ablaze with an even more interesting plot and intense twists.

The first season revolved around the war that had begun over Authority, Freedom, Revenge, that is now unfolding into a rather intriguing plot. The story is about the son who sets out to restore his father’s name and get back the life he rightfully deserves.

Season 2 continues to portray the astounding courage of a young man who is not scared of standing tall against a bullet or a bully. The unexpected turn of events between Naidu and Gopi has made “Parampara Season 2” a sensational event on the OTT giant, Hotstar, which is engaging.

The Season 2 in the series gives us the answer to the burning question: One believes in love, one goes by the revenge. Who is going to win the war? Is it going to end with the victory of power over positivity? Is the truth going to win against all the odds?

Watch the season to know more about the lives of Naidu and Gopi. Join in on Gopi’s quest for power only on Disney Plus Hotstar.

CLICK HERE!! Watch “Parampara 2” Series Only On “Disney Plus HotStar”