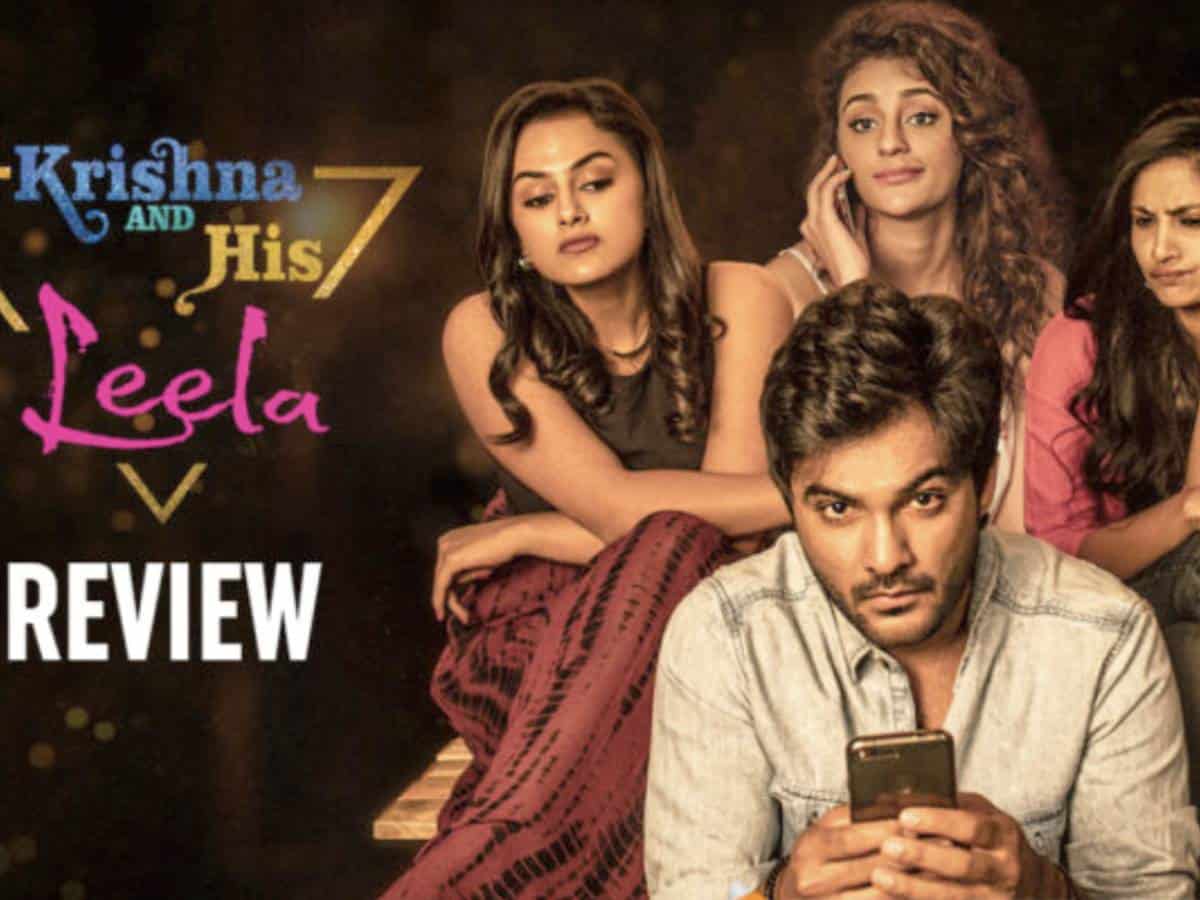 Krishna And His Leela caught attention as it was backed by Rana Daggubati. The film is directed by Ravikanth of Kshanam fame. It is a new age rom-com about a confused guy who is caught between two girls.

Krishna (Siddhu) breaks up with his girlfriend Satya (Shraddha) and falls in love with another girl Radha (Shalini) within no time. He bumps into Satya when he goes to Bangalore for a job and then he gets caught in a triangle before he realizes.

Siddhu Jonnalaggada is likeable as Krishna. He is good in showcasing the confusions of Krishna without any fuss. His casual performance keeps the mood alive. Shraddha Srinadh is good in a character that has stark difference from what she did in Jersey. Shalini is impressive too. Seerat Kapoor is cool as Rukshar who is a calm spectator to Krishna’s confused romance. Viva Harsha has a limited role. Sampath Raj makes his presence felt in spite of playing a very brief role. Jhansi is good as Siddhu’s mother.

Ravikanth Perepu shows the new age romance without going overboard. Sex, booze, cuss words are a part of the narrative, but doesn’t feel very awkward as the director is very much aware of where to draw the line.

Music by Sricharan Pakala is good. The Carnatic music and the classical tone give it a classy feel although the situations and romance are very modern. Cinematography is alright. Editing should have been better. There are a few drags here and there. Dialogue is fantastic and the production values are decent.

Krishna And His Leela is about a guy who is confused about what he wants. He genuinely falls in love with two girls and likes their distinctive characters. He cannot let go of either of them and there starts the trouble. The situations are created in a pleasant manner so that the protagonist doesn’t look like a playboy.

The confusions of a twenty plus youth who is stuck between two girls are shown well in an entertaining way. First half of the film is breezy with Krishna breaking up with Satya and falling in love with Radha. It doesn’t get boring until the middle portions, but seems to drag a bit when the romance rekindles between Krishna and Satya.

Most of the scenes are between Krishna and Satya or him and Radha that doesn’t give space for other characters. There are other layers like the disturbed family life of Krishna that isn’t explored well. Also, there isn’t enough that shows the equation of Krishna with his friends. A better layered screenplay would have made it a wholesome experience as things get repetitive after sometime.

Last half an hour is cool with the marriage backdrop, Krishna’s struggles to keep Satya and Radha at bay and Krishna’s confrontation with his dad. Ending is smooth too. On a whole, Krishna And His Leela is a film that will appeal to youngsters. It is a passable rom-com that offers some genuine laughs.