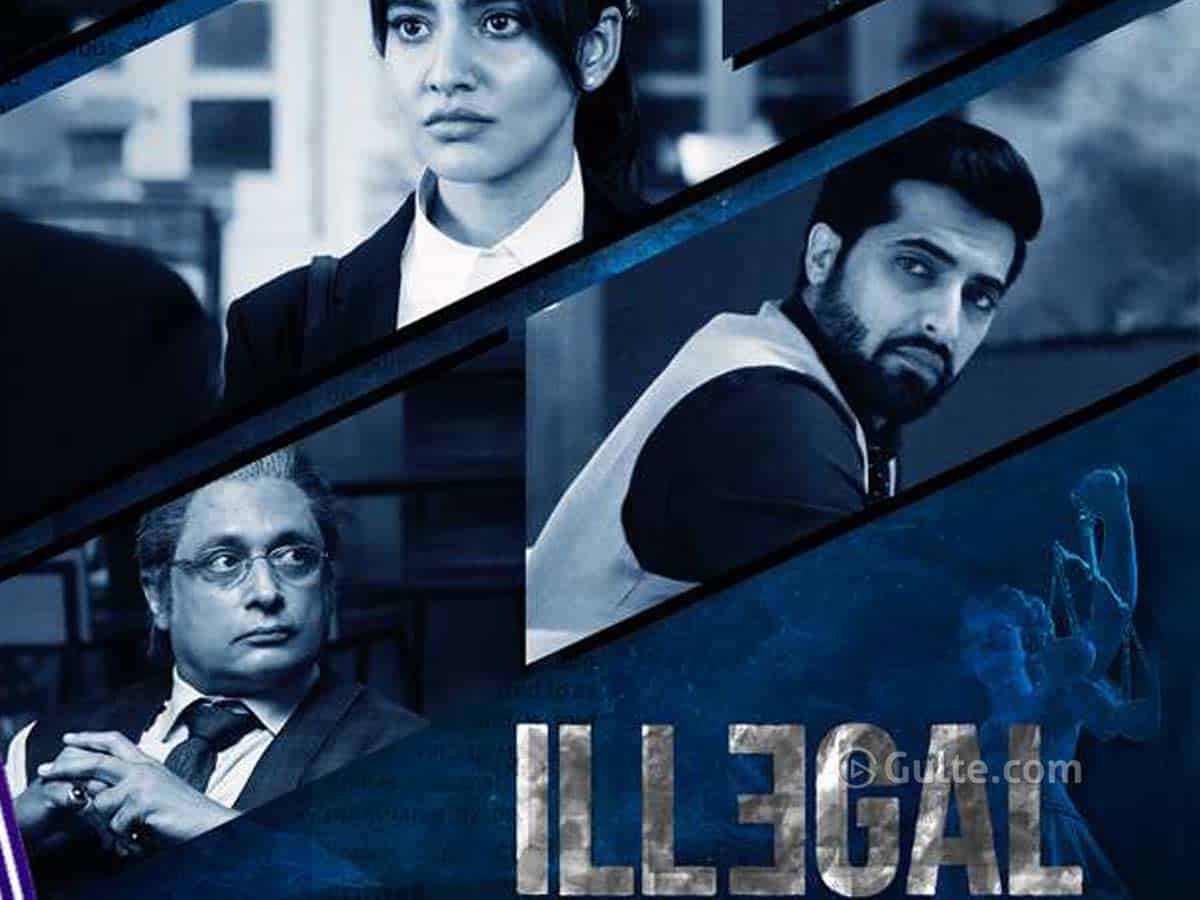 Illegal is one of the latest Hindi shows to hit the OTT platform during this lockdown. It has some notable actors in the cast and an intriguing theme to grab the attention. Shows like Special Ops and Paatal Lok are a huge hit with the OTT audience. Is Illegal good enough to binge on? Let’s analyze.

Niharika Singh (Neha Sharma), a young and honest lawyer joins a law firm headed by JJ (Piyush Mishra). She takes up two sensational cases, one is a murder case and the other is a rape case. She is reluctant to take up the rape case for personal reasons. But she says okay after JJ insists. She gets played in the game of law or is it the other way round?

Neha Sharma has been restricted to a glam doll all these days and she gets to do a role that gives ample scope to perform. Her performance is over the top at times, but okay on a whole. Akshay Oberoi gives a one-note performance. Piyush Mishra’s performance is good, but his character isn’t developed well. Satyadeep Misra is the only actor that gives a subtle performance amid most of the actors displaying their ‘overacting’ skills.

Sahir Raza made this legal thriller like a perfect B movie from Bollywood. There’s not a single scene that is subtle or sensible. The series starts off interestingly, but loses track and becomes a daily soap in the middle. Illegal has a fine plot to intrigue its audience, but its poor execution and over the top drama restricts it to mostly mediocre.

Cinematography is good with a nice color palette. Music is good only in parts. Dialogues are pretty bad. Production design and the making is fine. Editor tries to end every episode on an interesting note despite poor writing.

Shows like Paatal Lok, Special Ops and Sacred Games make us believe that the makers have aced the OTT game. It is not an easy task to do a series for OTT as the viewers have numerous options available and they will switch to another show if the director fails to keep them hooked. Illegal has a theme and plot that has lot of potential.

However, the director tries to make it a commercial potboiler than sticking to the theme. This could have been another Pink or Section 375 kind of captivating courtroom thriller, but the writing lets it down. The protagonist moves from Bangalore to Delhi and she has to take up the case of her step-brother and the law firm she works for is run by her ex-lover’s father. Can there be any bigger coincidence, or shall we call it convenience!

The story never focuses on its strong points. For example, it never gets into the details of the crime(s) and simply beats around the bush with nonsensical dialogue. The director and writers might have felt that they cannot make a ten-episode series with one case. Hence, the protagonist deals with not one but two sensational cases at a time. But none of the cases have in-depth detailing and the legal procedure of those cases appears like a joke.

While most of the well-made shows end without promising a sequel, Illegal makers confidently leaves it open ended for a potential sequel. Being ambitious is good, but the makers must be aware of their audience. They are not making this show for single screen audience who are fine with such tamasha. A good show on an OTT platform will reach international audience and the makers must keep that in mind and make sensible content.

Illegal is for masala movie lovers and it is very much skippable for those who like to watch sensible and captivating shows.

Bottom Line: Out of Order!