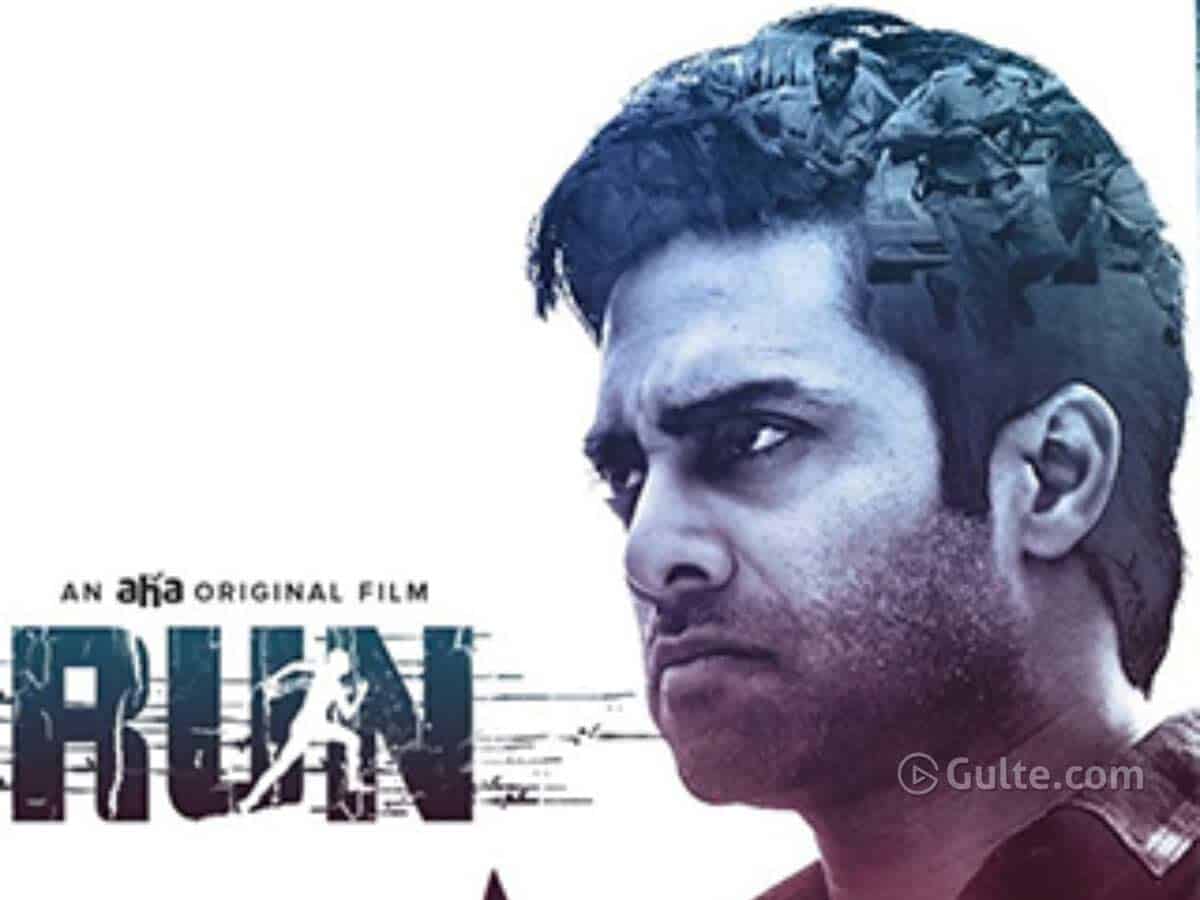 Run is the first Telugu movie that is made for OTT platform. The film is bankrolled by director Krish and has notable actors like Navdeep and Venkat (Sri Seetaramula Kalyanam Chutamu Rarandi fame) playing key roles. We expect the film to be ‘watchable’ with Krish’s name associated to it. But Run turns out to be a lame phycological thriller that only makes sense towards its climax.

Sandeep (Navdeep) is on the run as he is the prime suspect in his wife Shruti’s (Poojitha) murder. Sandeep tries to prove his innocence and also wants to find out the mystery behind his wife’s murder. A bunch of odd characters keep helping him when he is on the Run.

Navdeep is a fine actor and he manages to deliver a neat performance even in this messy setup. Poojitha Ponnada has a very brief role to play. Amit Tiwari is alright. Venkat is back after a hiatus and he gets to play a clueless character. Only Shafi gets a character that talks sense and behaves normal.

A psychological thriller like Run needs to be told in a nuanced manner, but director Lakshmikanth Chenna makes it clumsy with his narration and screenplay. The scenes are poorly written and behave pretty odd to a level that it almost looks like a prank video made for YouTube. Director is not able to extract good performances from his star cast too. The film is made on a shoestring budget and we cannot expect it to be technically sound. That said, even short films are being made with sound technic lately and it is sad to see such a lousy film from Krish.

Run is based on a Bengali thriller series named 6 that is streaming on MX player. The ten part web series is made into a 90 minute movie and the result is a huge mess. Things seem interesting in the first ten minutes when Navdeep is being framed for his wife’s murder. However, the shoddy screenplay, oddball characters and especially Navdeep’s reaction to their doings never let us take things seriously.

We don’t feel empathy for the lead character in spite of him running into bigger problems all because of the silly writing, cartoonish acting and clueless direction. Almost every character including the police that are investigating the crime behave like circus clowns. The plot has potential to become an interesting psychological thriller, but the writers and director did their best to make it a pain to watch.

Navdeep gets numerous opportunities to find answers for his problem, but he pushes everything aside and aimlessly Run on the roads as if he is trying to do justice to its title. He doesn’t pay attention to anything that anyone says as the director wants the mystery to be solved towards the climax. Things make sense once the twist is revealed, but you will need a lot of patience and will power to sit through although the runtime is below ninety minutes.

A film made for OTT need not have great technical values, but it needs to have great storytelling or else people are just a click away from other options. OTT platforms and the producers should keep this in mind and make sure to deliver quality content to make the most of this new platform to reach audience. Movies like Run will not attract subscribers but instead make them Run away!

Verdict: Run for your life!