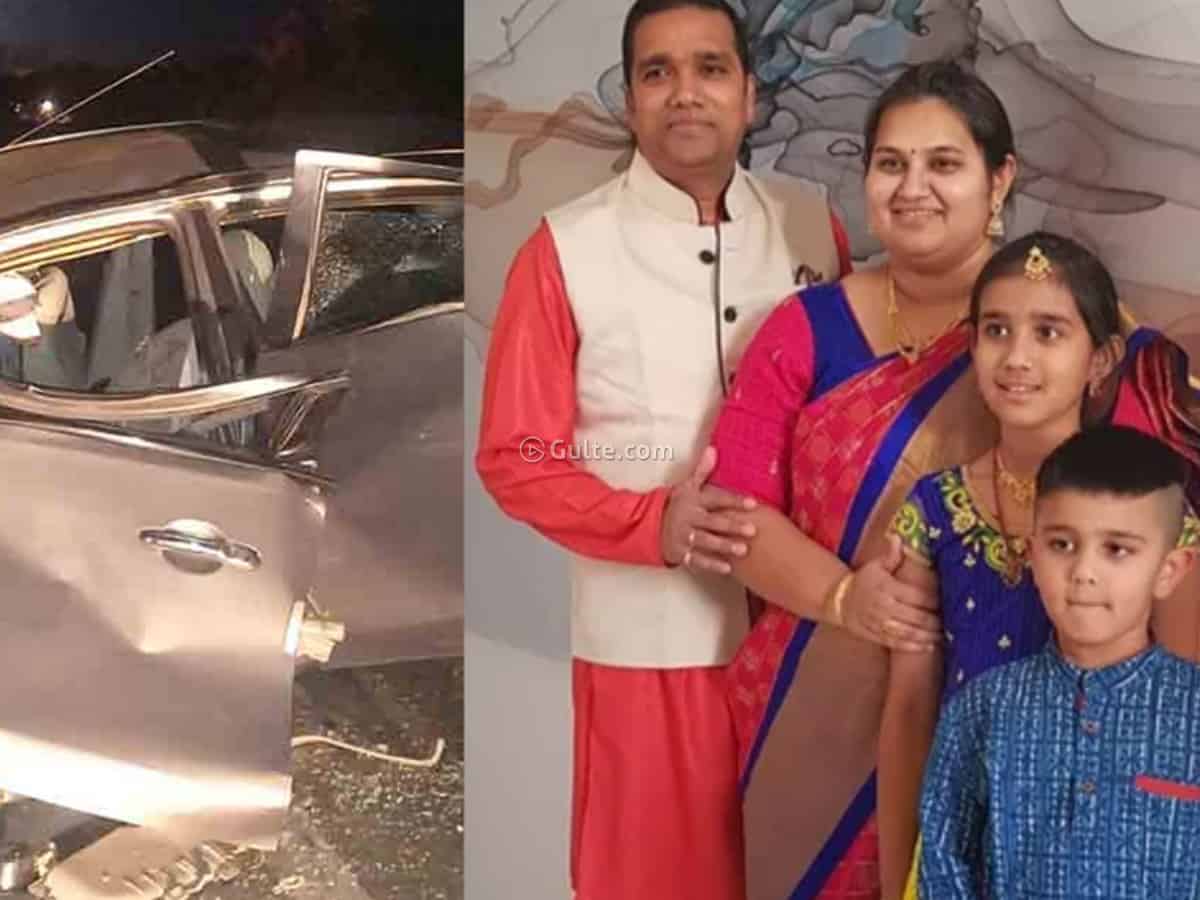 In a twisted fate, an NRI couple who returned to India from Australia after a long time, met with a road accident and succumbed to death. This mishap was reported on the wee hours of Wednesday and according to the police, the couple along with their two children landed in Hyderabad on Tuesday midnight and hired a taxi to their native village in Andhra.

The deceased are identified as Hemam Baradar (40) and Rajitha (35), while their two children and the driver of the taxi were seriously injured in the mishap. The NRI family hailed from Reddygudem of Krishna district while both Hemam Baradar and Rajitha were working in an IT company in Adelaide, Australia.

The police in their preliminary investigation suspected that the fault might be of the taxi driver who was sleepy and he lost control of the vehicle and rammed the car into a retaining wall of a culvert. The children and driver are shifted to a private hospital.

The community in Adelaide is shell shocked with the horrific incident and they initiated a fundraiser campaign for the medical expenses of Heman and Rajitha’s children.