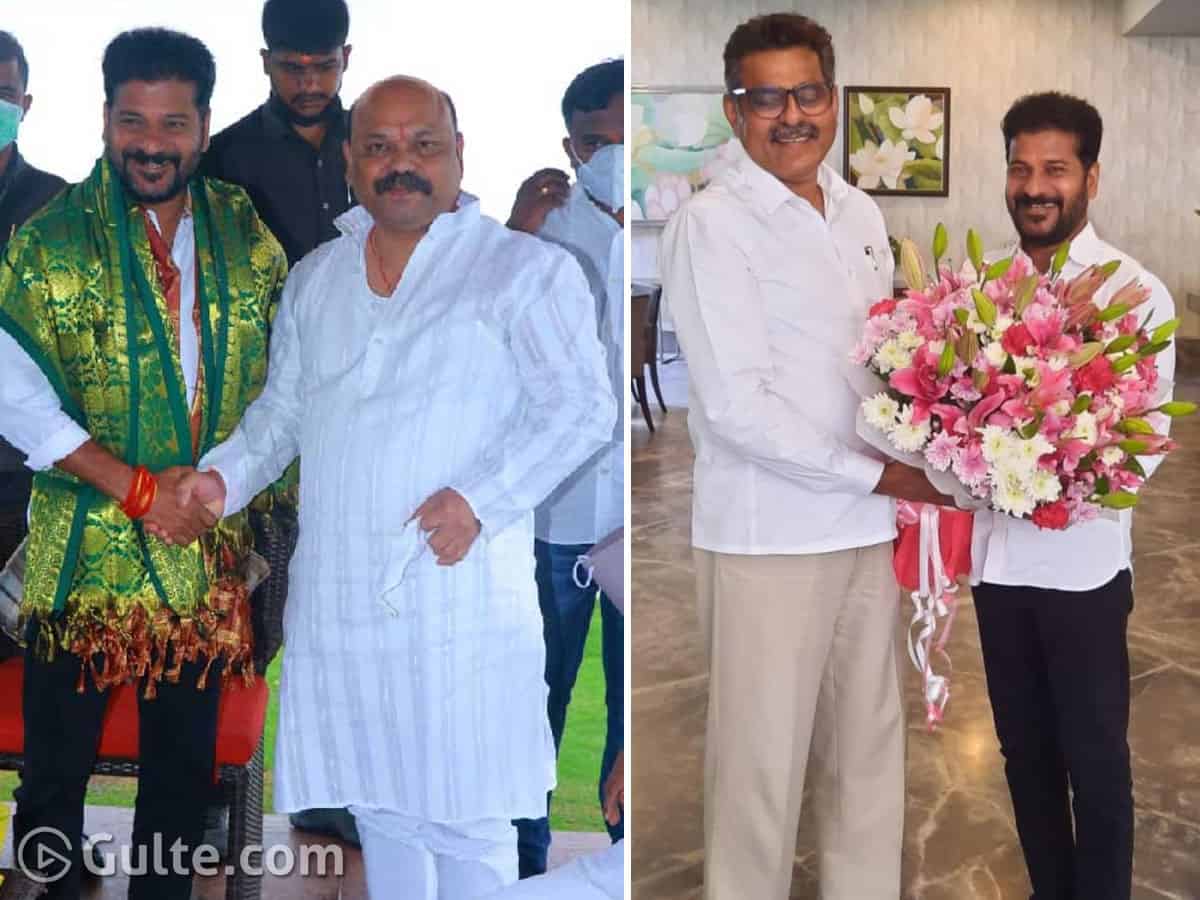 New T-PCC chief Revanth Reddy’s who has given a call for ‘Ghar-Wapasi’ seems to be working out. While busy with political activities, Revanth is meeting upset leaders of TRS and BJP. On Tuesday Revanth met Rajya Sabha MP D Srinivas’ son Sanjay along with a couple of TRS and BJP leaders.

After meeting Revanth, Dharmapuri Sanjay announced that he will be re-joining Congress and he would completely support Revanth’s leadership in T-Congress. BJP leaders Erra Sekhar and Gandra Satyanaryana have also met Revanth and they too confirmed joining Congress.

Later in the evening, Revanth reached out to ex-MP Konda Vishweshar Reddy. Even before getting appointed as T-PCC chief, Revanth tried his best to bring back Konda in Congress fold. But Konda did not give any word yet he offered that he would rethink if Revanth becomes T-PCC chief. Now that Revanth is the boss of Telangana Congress, he wants to have Konda back in the party at any cost. Konda’s inclusion will change the equation for Congress in Rangareddy district.

In his day of hectic meetings, Revanth took out time for the media and added that many leaders are in touch with him. “I want to see a balance of all communities and people in the Congress and will plan accordingly. In another couple of days, the party will appoint official spokespersons,” said Revanth.