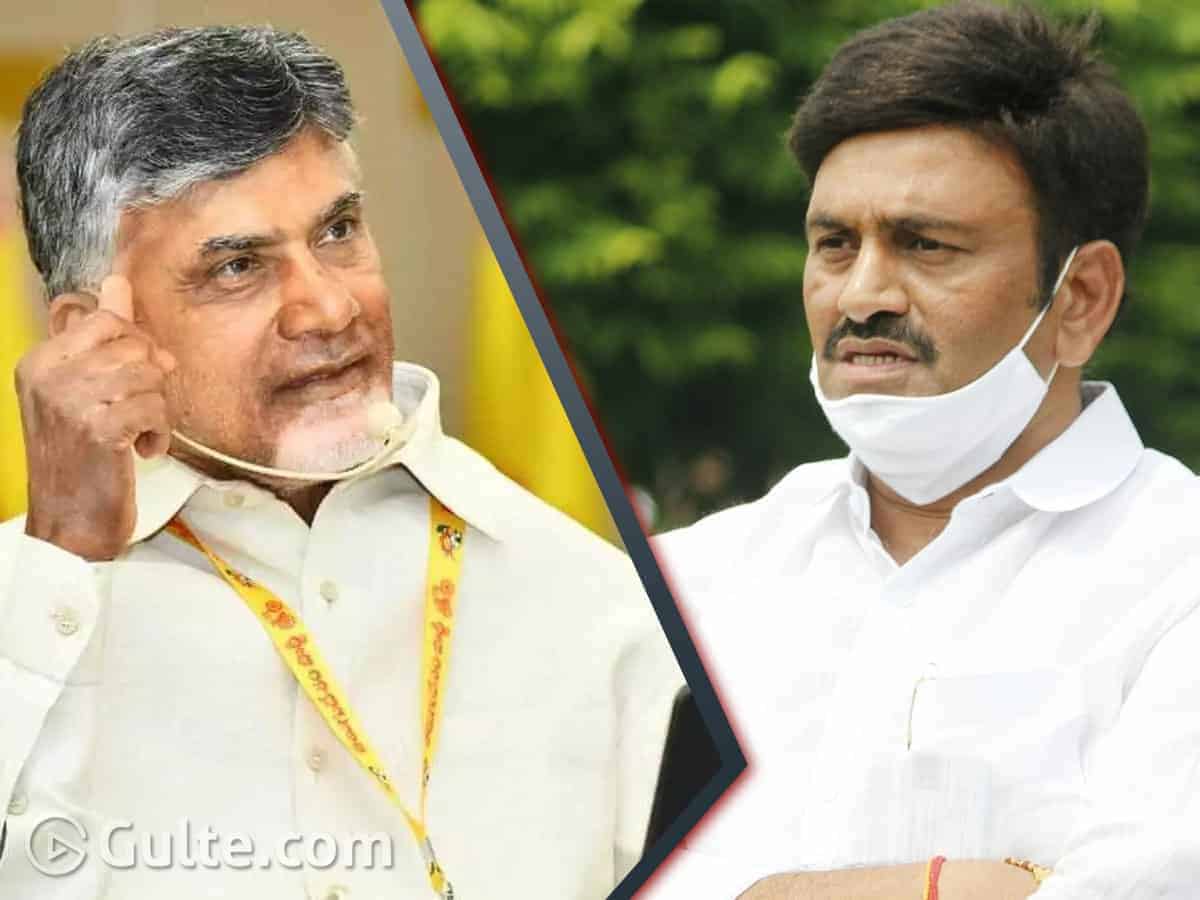 TDP chief Chandrababu Naidu has given weird instructions to his party MPs ahead of the monsoon Parliament sessions. With the sessions to resume from July 19th, Chandrababu has called for a Parliamentary meeting. This is a usual process that every political party does in view of Parliament sessions and they would discuss the issues to be raised in Lok Sabha.

In this meeting, Chandrababu directed TDP MPs to voice the failures of AP CM YS Jagan led YCP government in Parliament. Naidu ordered to expose how YCP government diverted funds transferred by the Centre under Covid measures. This is all part of TDP’s regular political strategy.

But strangely the TDP chief also asked his MPs to raise Narsapuram MP Raghu Ramakrishna Raju’s issue. Naidu and his party are finding fault with YCP which is trying to get RRR disqualified for his anti-party and government activities. How RRR was arrested, treated and use of third degree by the AP CID cops are some things TDP chief asked MPs to take up in Parliament.

Firstly RRR is well capable of raising up his concerns on his own in Lok Sabha and moreover he doesn’t need TDP’s support. He already met Lok Sabha Speaker, Defence minister and others on his differences with Jagan government.

Why does the TDP chief bother about MP RRR who belongs to the ruling party but turned rebel against the state government? Why is Chandrababu showing special interest in RRR and why did the TDP Parliamentary party discuss the rebel MP’s row? Is something brewing or is the TDP chief indirectly doing ‘Operation Akarsh’ on RRR?