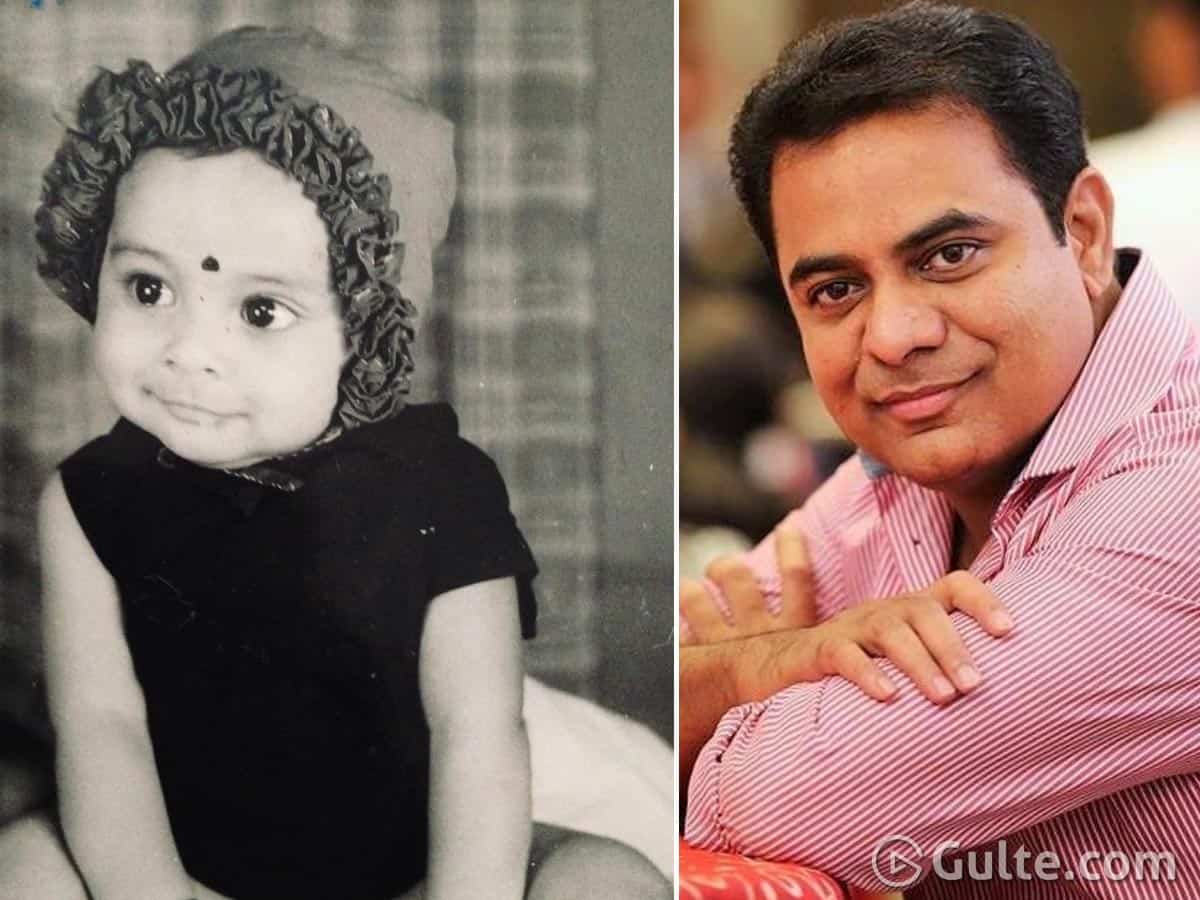 Telangana IT minister KT Rama Rao is celebrating his birthday today and wishes are pouring down from TRS followers and people. The likes of Lakshmi Manchu, Sonu Sood, Harish Rao and others have extended their birthday wishes to KTR but a unique greeting was showered by his cousin and TRS Rajya Sabha MP Santosh Kumar.

“#Then and #Now. Can’t spot much changes in my beloved brother @KTRTRS. The everlasting cutest smile and Now bursting exuberance. You are always an awe causing personality for me and many,” tweeted Santosh.

The tweet had two photos of KTR and one of them had KTR in an infant look. It’s a black & white photo, KTR was wearing a black shirt and a muffler tied to his head. Sporting a smile on his face, he looks cute as a baby.

This is an unseen picture of KTR and thanks to Santosh for sharing it on social media.