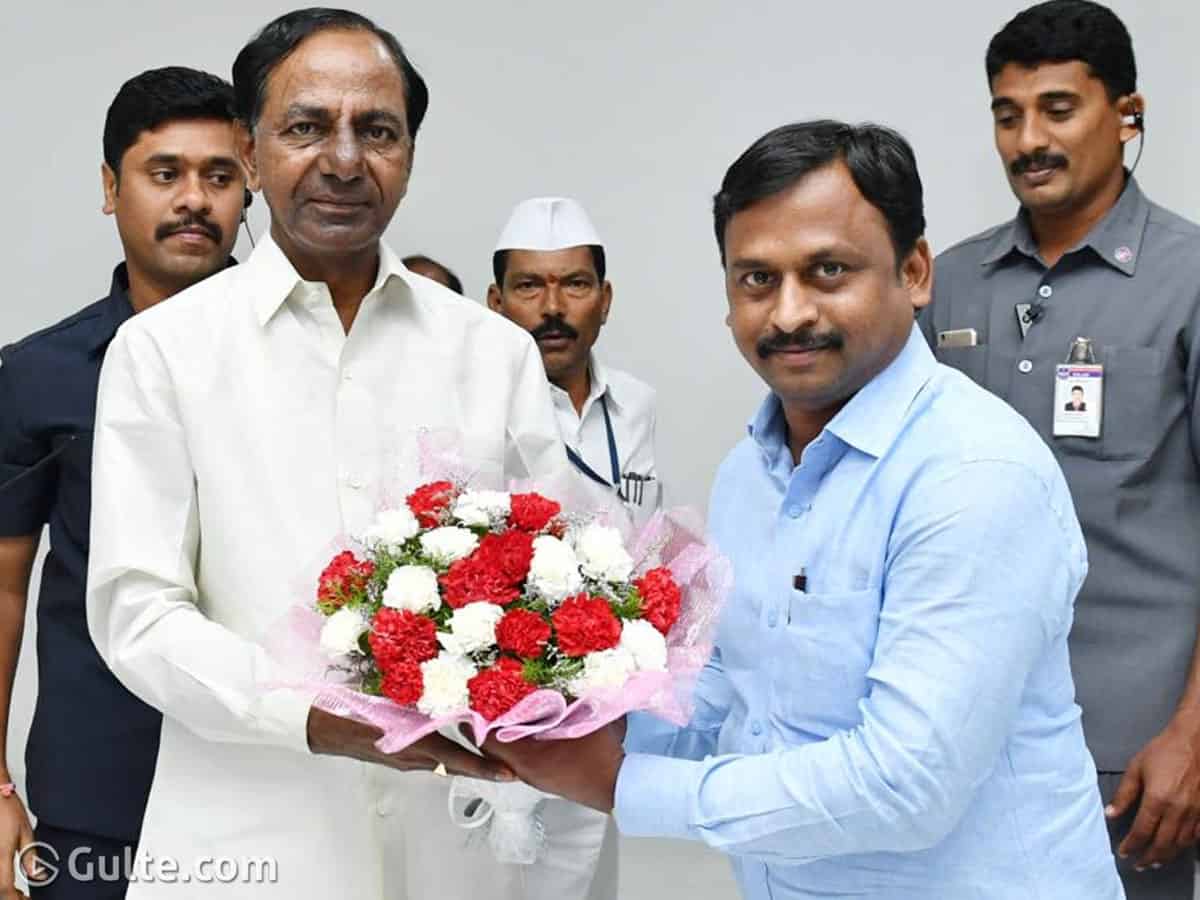 TRS Chief K Chandrasekhar Rao has taken the forthcoming Huzurabad by-elections prestigiously. He wants to defeat Eatala Rajender, who had recently defected TRS, at all costs.

Initially, Kaushik Reddy was hopeful of bagging the MLA ticket from TRS, but with the caste equations that will play a decisive role in the by-elections in mind, KCR decided not to field him. The TRS supremo instead gave Kaushik an MLC post.

If latest update is anything to go by, KCR has finalized Gellu  Srinivas Yadav as the party candidate for the by-elections.

Yadav community vote bank is almost equivalent to the Mudiraj community vote bank, which is believed to be a mainstay for Eatala Rajender in Huzurabad. So, KCR opines that fielding Srinivas Yadav will nullify the BC community advantage that Eatala is banking on to win the by-elections.

Moreover, Srinivas Yadav is tipped to have a close rapport with KTR, which is further helping his cause.
With so many things going his way, Srinivas Yadav might soon be announced as TRS candidate for Huzurabad by-election.