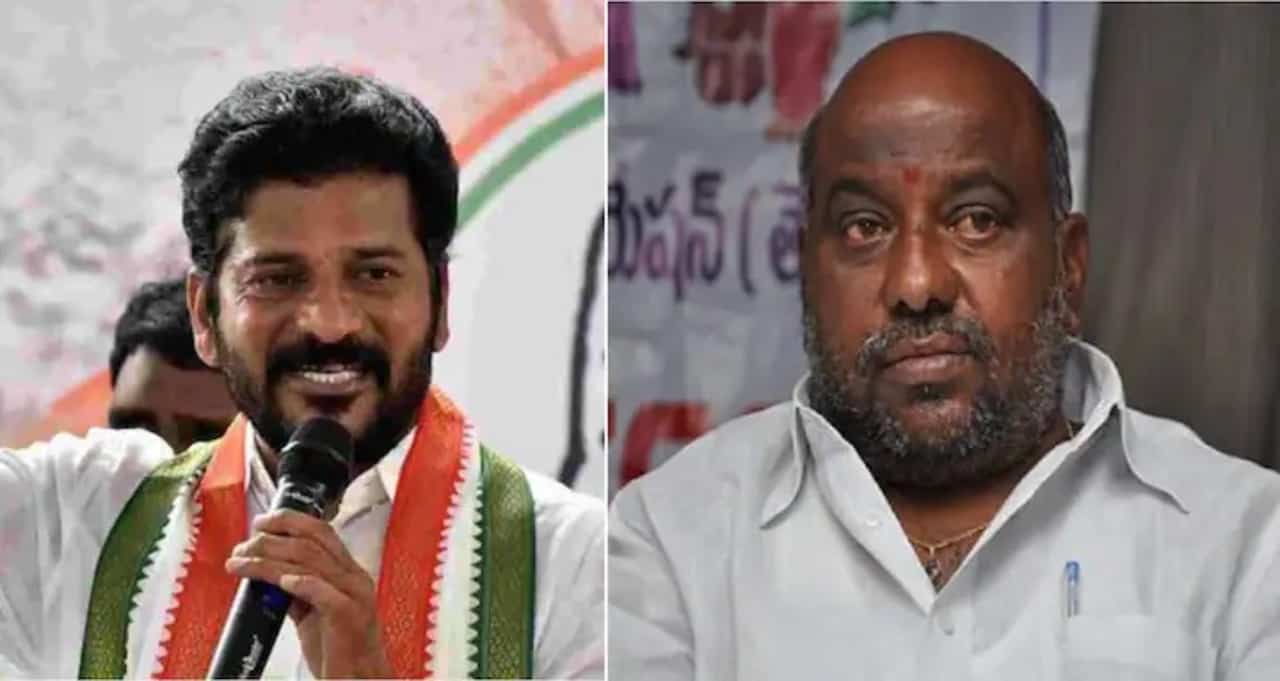 The verbal war between the political parties in Telangana is crossing the limit. Freshly TRS MLA Jogu Ramanna made controversial comments against T-PCC chief Revanth Reddy. In his usual style Revanth came down heavily on KCR at the Dalit-Adivaasi-Girijana Dandora held at Indravelli on Monday.

In his speech Revanth said that KCR has just 20 months time to rest in his farm house and after that the Congress government will send him to Cherlapalli jail. This comment did not go down well with the TRS leaders and former minister Jogu Ramanna spoke to the media in Telangana Bhavan and reacted.

“Congress took the help of BJP MP of Adilabad to host this public meeting. Both BJP and Congress had a secret deal and from here, Revanth Reddy is venting out utter lies. It’s high time Revanth stops foul mouthing and telling lies to the public else we would chop off his hands and legs whenever he visits Adilabad next time,” said Jogu Ramanna.

This comment is over the line and should have been avoided. It is provoking in nature and could invite a severe counter from Revanth Reddy who doesn’t back down in a verbal spat.