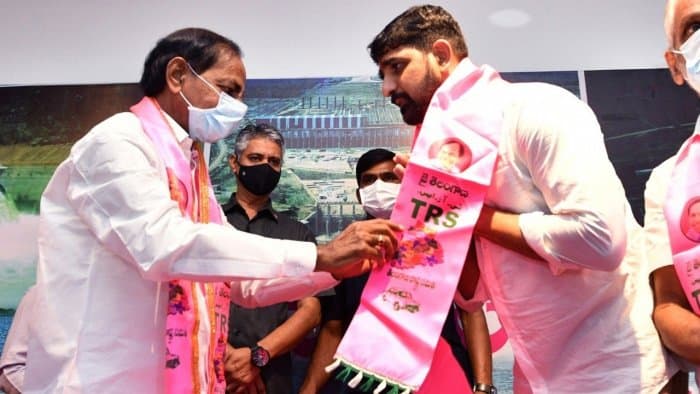 But where is the file recommending Kaushik Reddy’s name for MLC? When the officials of Telangana CMO, Raj Bhavan and Secretariat were asked, they remained tight-lipped and behaved strangely that they had no clue of any MLC nomination file.

This led to a huge speculation within the TRS party. Apparently the TRS leadership learned that Huzurabad TRS cadre is upset with Kaushik Reddy and a meeting was recently held at a leader’s home and they unanimously raised objections over it. The TRS cadre also decided to boycott all Kaushik Reddy’s meetings.

Learning this, the TRS leadership reportedly kept the Kaushik Reddy MLC file pending and KCR will take a call on it. On the whole Kaushik Reddy received a huge and unexpected shock and it will take some time for him to digest this development.