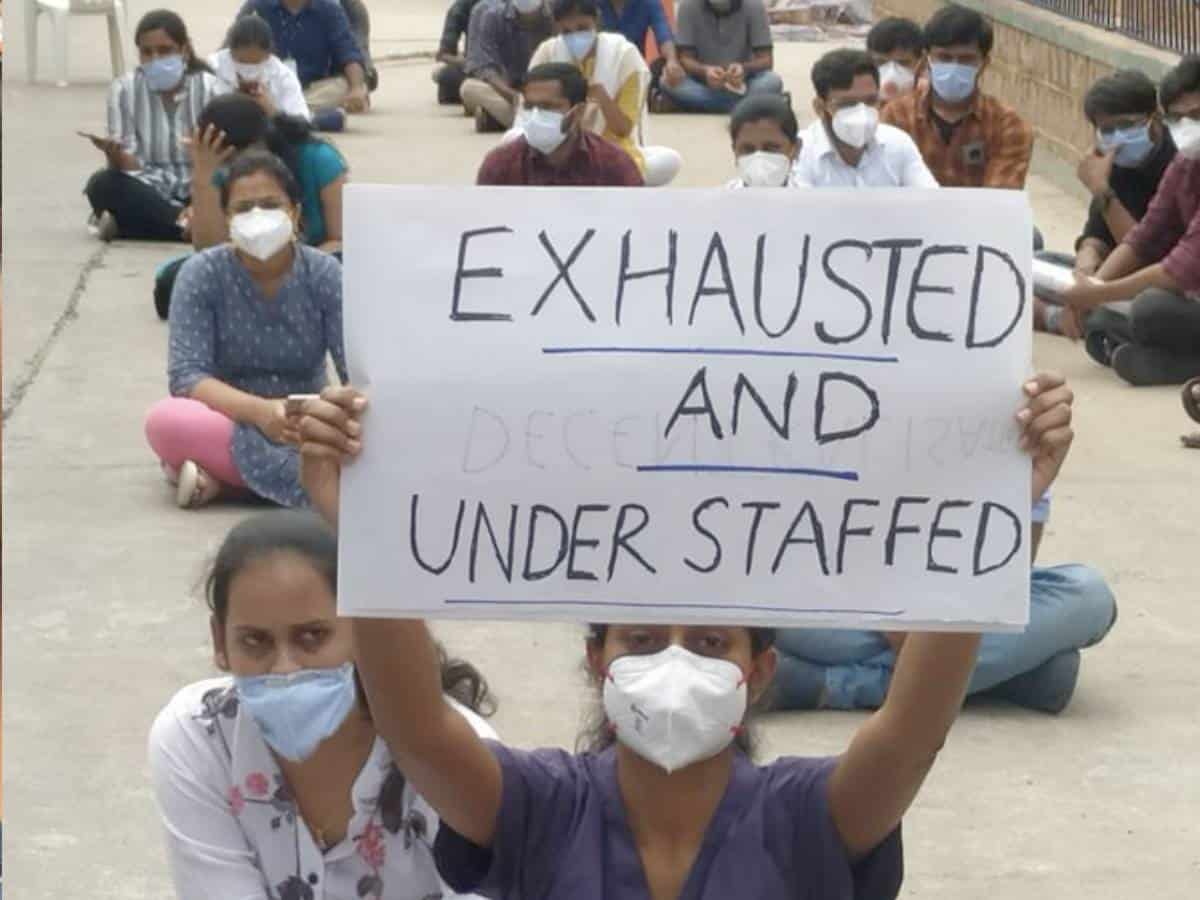 As many as 500 junior doctors are continuing their protest on the premises of Gandhi Hospital, Secunderabad, for more than 24 hours now seeking protection.

On Tuesday night, relatives of a Covid-19 patient who died attacked the doctors alleging that their negligence led to the death. Following this attack, the junior doctors staged a demonstration around 8.30 pm on Tuesday night.

Annoyed over the attack, five junior doctors had met health minister Etala Rajender and demanded that they need protection from the patients and their kin. They also demanded that other government hospitals also should be allowed to handle Covid-19 cases.

The Indian Council of Medical Research (ICMR) also expressed solidarity with the protesting doctors. Meanwhile, the police arrested two persons in connection with the attack on the doctors.

Their other demands include appointment of more doctors in government hospitals as it can lessen the burden on the serving doctors, induction of students completing their post graduation as senior resident doctors in the hospital, strict punishment to those resorting to attacks on the doctors.

The junior doctors made it clear that they would continue their protest till there was an assurance from Chief Minister K. Chandrasekhar Rao. The doctors said that they have been working relentlessly even though the 65-bedded ICU has been expanded to 200 beds. They said that one more complete floor was also allocated for the Covid-19 patients.

The protestors said that the strength of the doctors and staff should be improved. “More doctors, nurses and other paramedical staff should be appointed,” they said, adding that they were being made to work for 2-3 days continuously even when they were sweating wearing the PPEs. There is a dearth of oxygen cylinders too.

Four doctors, including a professor, tested positive for the virus. “Even in such a situation, tests are not being conducted on the doctors,” the junior doctors lamented and expressed fear that they could be carrying the virus and are likely to pose a risk to their family members and contacts. The doctors said that they do not need claps or flowers but protection.