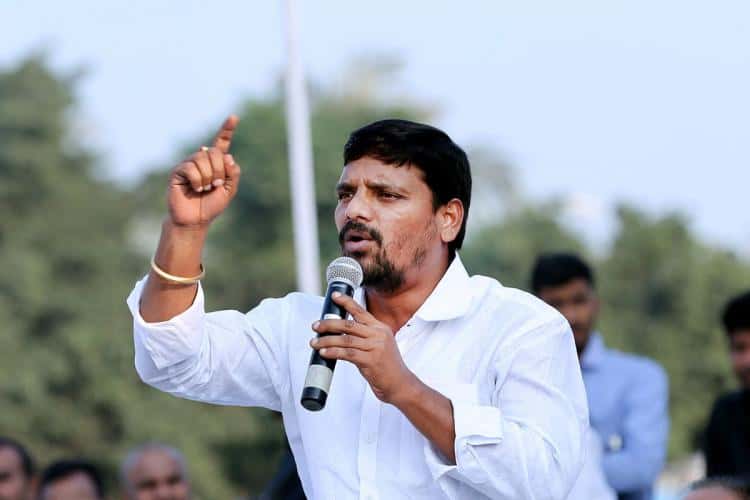 Q News founder and journalist Teenmaar Mallanna aka Chintapandu Naveen was arrested by the Chilakalguda Police on Saturday morning. Mallanna has been continuously targeting the CM KCR led TRS government for the last couple of years. He did make the TRS party sweat in the Nalgonda-Warangal MLC elections.

Recently Mallanna announced that he would embark a Paadayatra all over Telangana and his ultimate goal is to dethrone KCR from CM chair and TRS government from power. Accordingly Mallanna finalised the date and it is from August 29th.

Adding a twist to the tale, Mallanna was arrested this morning. The police released a statement regarding the same that Mallanna was arrested based on the FIR number Cr 197, 2021. The press note states that Mallanna is blackmailing an astrologer by name Lakshmikanth Sharma. Q News telecasted some features related to the astrologer and he approached Mallanna to remove the content. However Mallanna demanded Rs 30 Lakh for removal and a person was engaged to close the deal.

The Astrologer was not in a mood to pay the amount and so he approached the police. But the case was lodged many days back and Mallanna was served notices and questioned by police many times.

The arrest of Mallanna was deliberately made a day before he was set to kick off his Paadayatra against the TRS government. Advocates of Teenmaar Mallanna are trying for a bail and might approach the Telangana High Court, if the police deny bail.