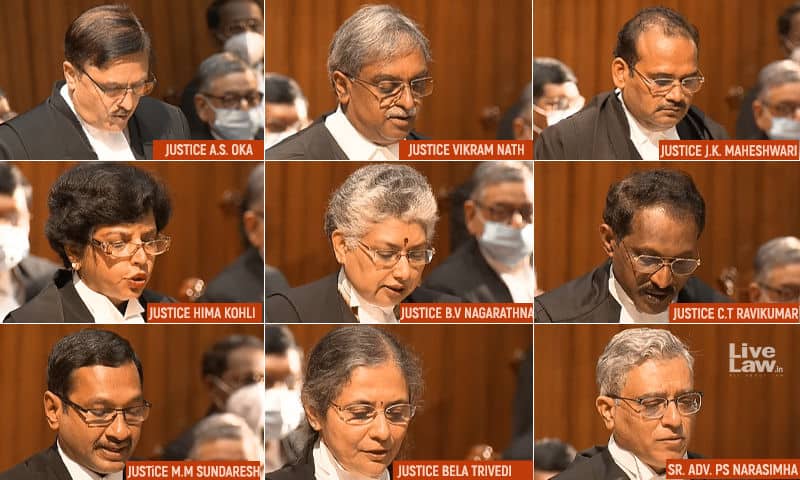 For the first time in the history of India’s Supreme Court, nine new judges, including three women have taken oath as part of the Apex Court’s Collegium. The Supreme Court Chief Justice of India (CJI) N V Ramana has administered the oath ceremony.

Justice B V Nagarathna who is part of the nine new Judges, is the daughter of former CJI E S Venkataramiah. She is likely to become the first woman Chief Justice of the Supreme Court in September 2027.

Justice Ramachandra Rao is Hyderabad born and pursued LLB at Osmania University in 1989.