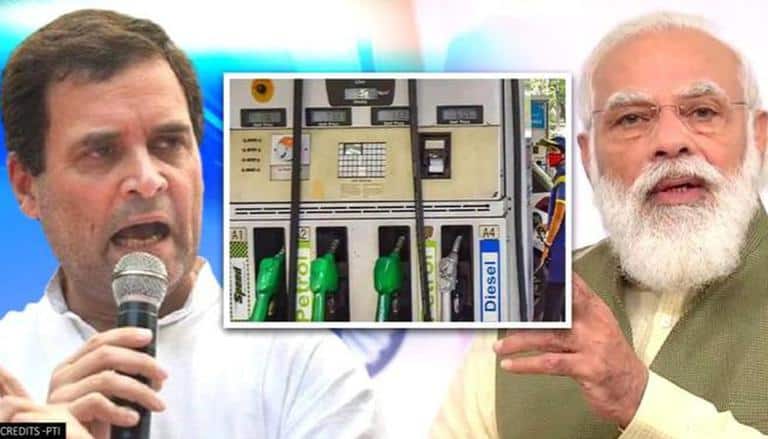 Congress leader Rahul Gandhi slammed the Centre today on the uninterrupted hike in petro prices, citing data for petrol, diesel and cooking gas. Rahul said that the government has earned more than Rs 23 lakhs over the last 7 years due to the spike in diesel, petrol and cooking gas prices.

He claimed the funds and the Goods and Services tax are benefiting a handful of crony capitalists. The increase in GDP, he equated with the rise of “gas, diesel and petrol prices” while addressing a news conference.

Rahul further slammed the centre for allegedly going back to the place where it was in 1990, facing an ‘’economic catastrophe’’, citing his views on how the economic strategy between 1991-2012 not working anymore. He said the Congress government had changed the vision for India back then, but the condition is not the same now.