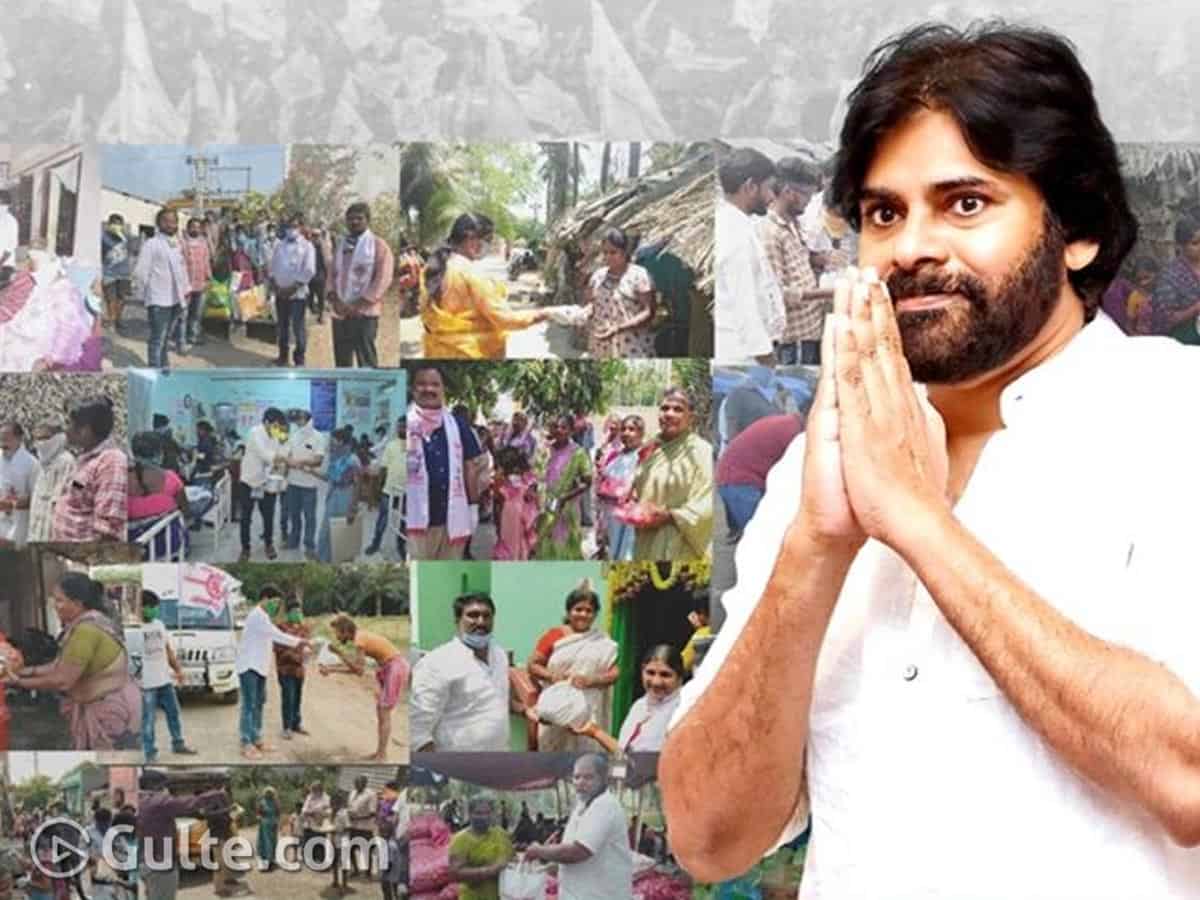 At a time when the crisis has it hard, a cash-depleted state like Andhra Pradesh will suffer more. One one side, the growing number of coronavirus cases are worrying healthcare sector, while on the other side the lockdown is actually crippling the economy. Unfortunately in these times, the ruling party and the main opposition have restricted themselves to doing politics, while Pawan Kalyan led Janasena is winning praises.

Ever since the country went lockdown due to Covid-19 pandemic, Janasena leader Pawan Kalyan and also his party cadres are busy doing the real work of supporting people. When concerns were raised by migrant Telugu workers struck in Chennai, it is Pawan who raised voice, and the likes of Tamilnadu CM as well as Telangana governor who happens to be Tamilian, have praised Pawan for his concern while doing the needful.

Similarly, Pawan also raised voice for Odisha workers struck in Andhra Pradesh, and the politicians and bureaucrats from the neighbouring state are directly in contact with the Janasena boss rather YS Jagan or Chandrababu. While that is about the leader, the cadre is busy giving up their couple of months salary to charity, in order to help daily wage workers and other who lost their livelihood. As Pawan appreciates each and one of his party who have done the donation, we could notice how much Janasena is really caring for people.

While YCP folks are busy painting even the Central Govt sanctioned funds as grants released by CM Jagan, and painting the disinfection booths with colours of the party, TDP is busy taking a dig at Jagan’s every single move while their cadres did nothing big so far. In these times, Janasena is way ahead of these parties, by keeping politics aside and thinking about society. Hope Pawan gets his due paid by people in the next general election.