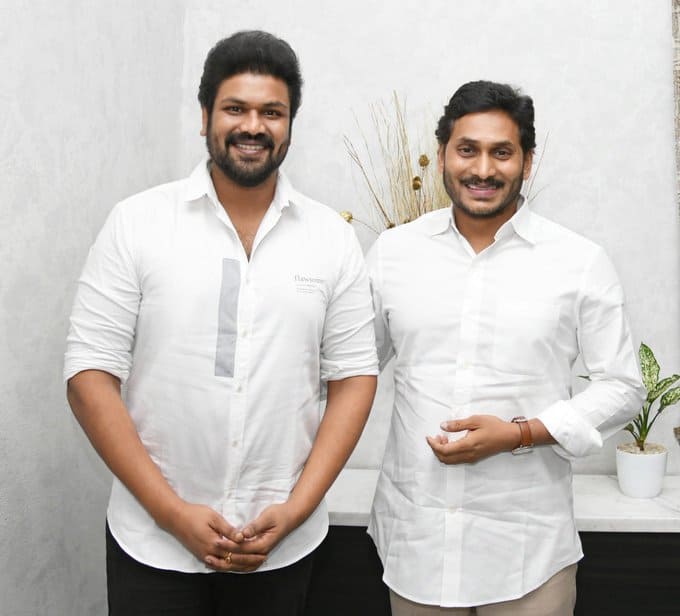 Hero Manchu Manoj has met AP CM YS Jagan and added that he was honoured to meet the visionary Chief Minister. Taking to his Twitter Manoj was all praise of CM Jagan.

“It was an honor and privilege to meet the visionary CM Of Andhra Pradesh Shri @ysjagan garu. Heard his plans for the near future which are quite promising,” tweeted Manoj. In the same tweeted, Manoj further wrote, “Sir, may God bless you with abundance, strength & good health to accomplish your vision. Best wishes for ur Governance.”

But Manoj did not disclose the reason why he met AP CM YS Jagan. As they are related, was it a family gathering or a personal meeting?

On the work front Manoj is busy with pan-India film ‘Aham Brahmasmi.’ As there were no updates on this film, there came reports that Manoj is planning to quit films. Reacting to these rumours Manoj clarified that he has lined up films and will kick start the shootings soon.