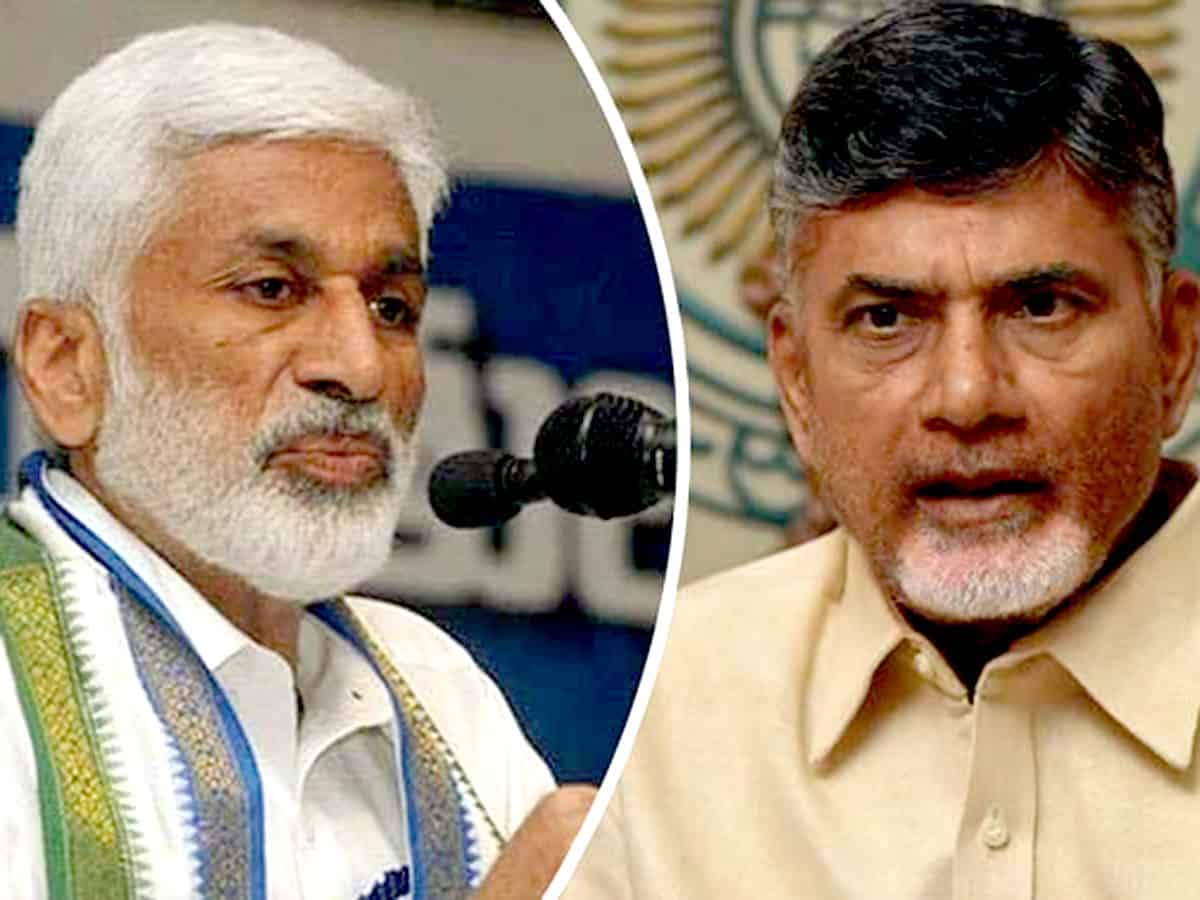 YSR Congress Party general secretary and member of Rajya Saba V. Vijayasai Reddy’s series of tweets on Saturday raise speculation that TDP supremo N. Chandrababu Naidu and his son Lokesh can be arrested in the near future.

The tweets by Vijayasai Reddy gain significance in the wake of the arrest of three TDP leaders in a row in the last two days.

On his official Twitter handle, the YSRC MP came down heavily on Naidu and his son Lokesh for their corruption.

TDP leader Kinjarapu Atchannaidu was arrested for his alleged role in the Rs 150-crore ESI Scam and another TDP leader J.C. Prabhakar Reddy was taken into custody for his role in the BS-IV vehicle scam. YSRC leaders say that these scams are just the tip of an iceberg and there is more to the scandals.

Vijayasai tweeted: “The father-son duo (Naidu and Lokesh) believed that Hyderabad would be the safest shelter during lockdown. Now, they are looking for a new bolthole to keep themselves from being questioned by the investigating agencies.

In another tweet, Vijayasai Reddy said, “Just heard that @ncbn (Naidu) has contacted one of his best friends, who is a fugitive industrialist, now hiding in London, to find out the best ways to escape from India.”

Stating that Naidu and Lokesh abetted corruption during the TDP rule, the YSRC MP also tweeted: “Atchanna, Uma, Yanamala, Kalva, Paritala, Narayana and few other ministers during the TDP government had given 60 per cent of the looted public property to Peda Babu and China Babu (Naidu and Lokesh) so that the duo promoted corruption. Now, they are playing drama but the people are laughing at them.”

Vijayasai also posted that “Being a CM of a small state like Andhra Pradesh, Naidu funded crores of rupees to eight regional parties in the last elections. The national media is surprised about Naidu’s funding. Modi and Amit Shah are aware about the Alibaba-40 thieves story (TDP’s story).”

He also tweeted: “Doctors have told @ncbn that there is no medicine for his heartburn, malice and frustration. To address these major psychological issues, Naidu has to accept and acknowledge the fact that AP is moving ahead fast under the leadership of @ysjagan garu.”