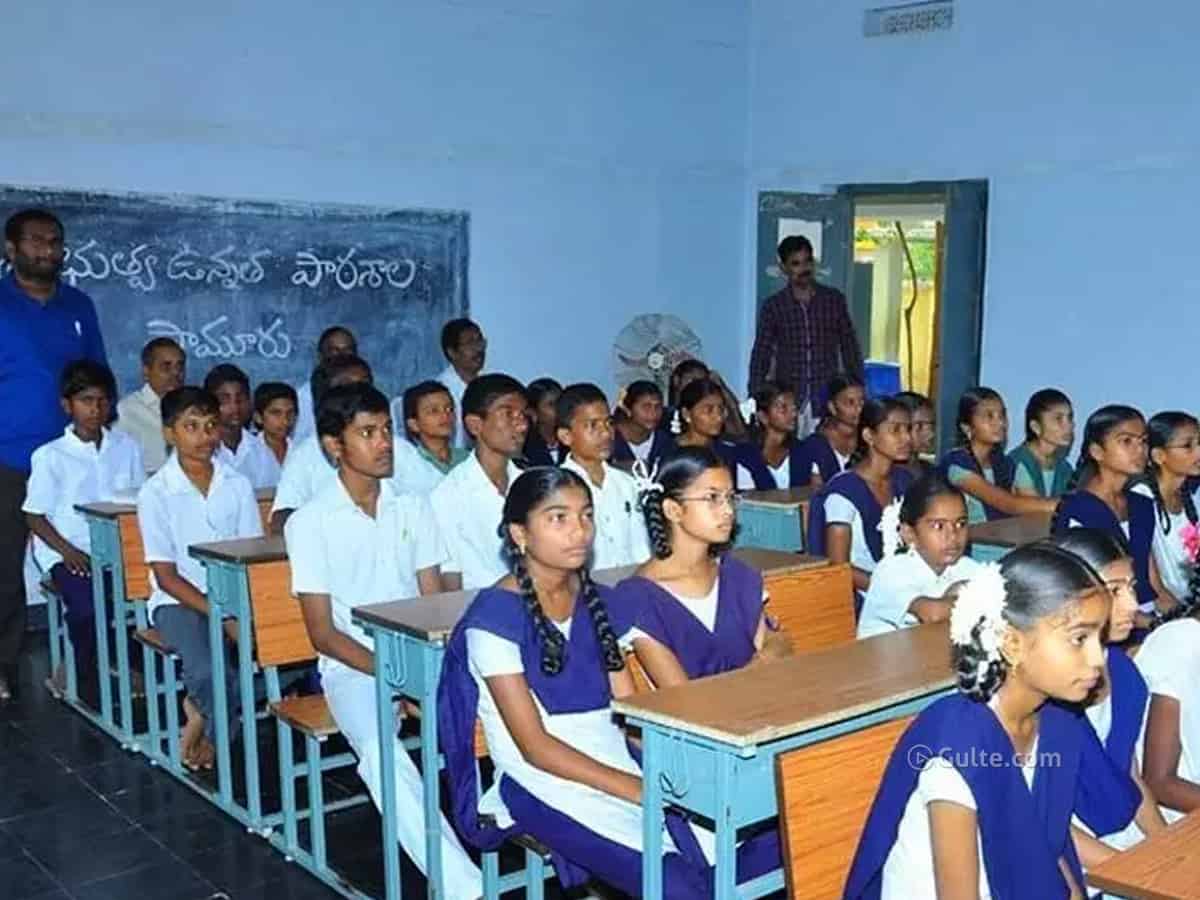 The YCP government is already in bad books for attacks on temples and indirectly encouraging religious conversions across the state. And now a shocking thing got exposed with a chapter related to the Christian religion that was included in the fifth standard books.

Going into details, at the end of a chapter in the Telugu text books, an exercise is generally included. Paragraphs and questionnaire is the exercise format and in one of the exercises, a story related to Mary, mother of Jesus was mentioned.

Generally in such cases, prominent personalities who have made a name for themselves all around the world and places that have historical significance will be included. Whereas this story of Mary, mother of Jesus is completely a religious take.

To include religious exercises in fifth standard is seriously a debatable thing and it will enable a serious thought process in the minds of students who are too young to have knowledge about religion.

It is learned that this story was recently added in the books and previously identification of animals was part of this exercise. Academic experts were stunned upon noticing this and added that such exercises should be removed with immediate effect.

Does the Education Department has knowledge of this or was it deliberately added? Will the AP education minister Suresh intervene in this whole controversy? The opposition believe that the YCP is indulging in religious campaign through text books which is a shameful act.