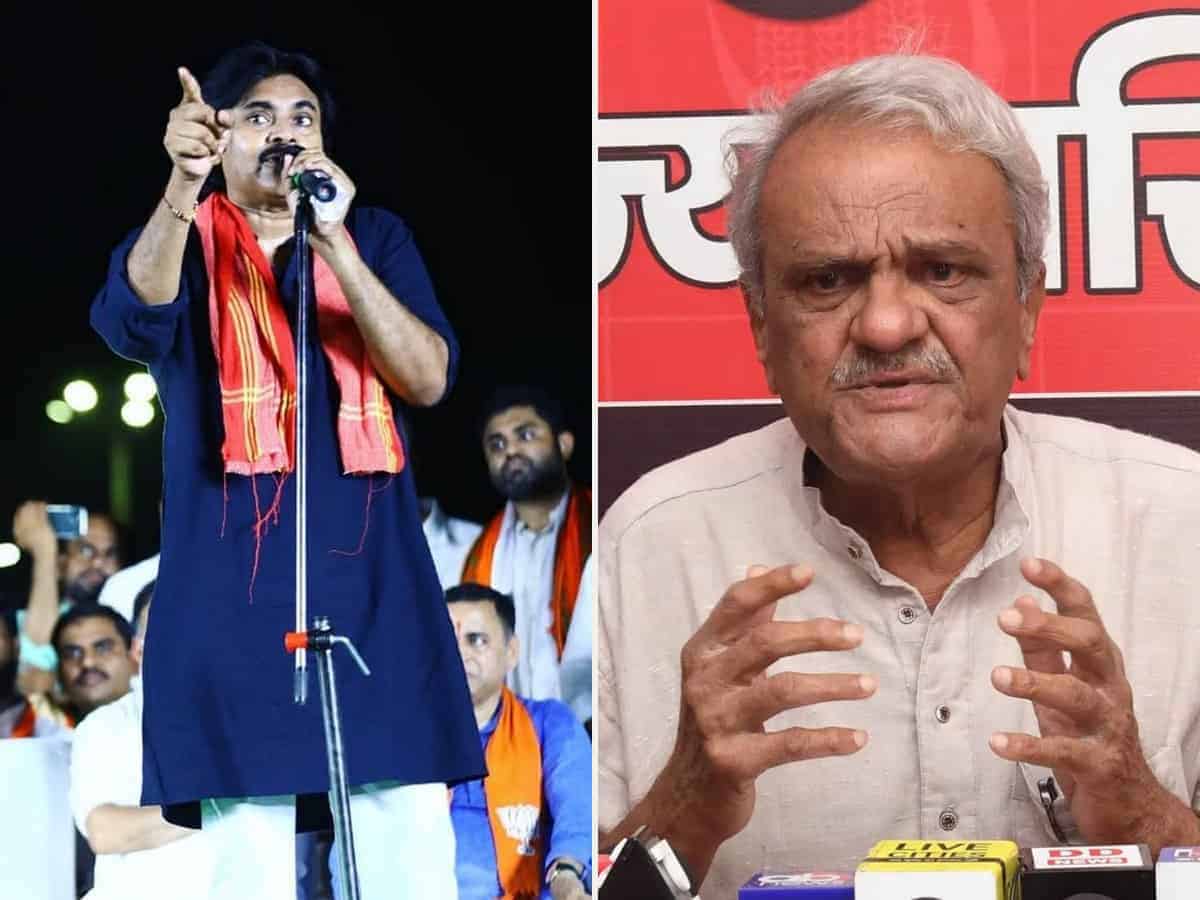 CPI Narayana made some interesting comments on Jana Sena chief Pawan Kalyan and they can’t be ignored. On the privatisation row of Vizag steel plant, Narayana opined that Pawan’s agitation can’t be trusted and the Left party leader explains why.

“People of Vizag have been protesting against the privatisation for months now and even the ruling party in state, YCP attended the protest in New Delhi but Pawan did not make it,” said Narayana.

On the love-hate coalition of BJP and Jana Sena, Narayana added that in Delhi, Pawan displays his influence but as he lands in AP, he starts fighting with the saffron party. “If you’re reluctant and can’t fight, please step aside but do not betray the people,” said Narayana.

The communist leader opined that there is only one person who has the ability to put the privatisation row on hold. “Vice President Venkaiah Naidu is the only person who can stop this privatisation. If the Vice President doesn’t respond then it is impossible to stop the Vizag steel plant going into the hands of private persons,” said Narayana.

Summing up Narayana said privatisation of Vizag steel plant is like a death sentence.