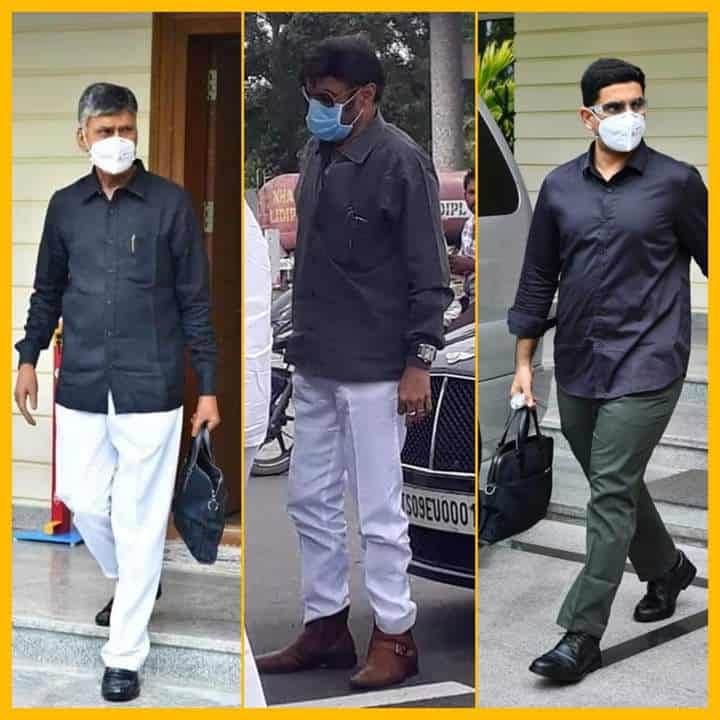 Back in 2019 on February 1st, then TDP government has lost all the hopes on BJP government that it would grant ‘Special Category Status’ to AP. In protest against this, TDP MLAs led by ex-CM Chandrababu Naidu wore black shirts and attended the assembly.

After the 16 months the same scene repeated but this time the scenario is different. TDP is in opposition now and for arresting their leaders, TDP MLAs decided to wear the black shirts and show their protest to the ruling YSRCP.

At the premises of Assembly, Nara Lokesh and other TDP MLAs were seen in black shirts and holding placards against the YSRCP government. Inside the Assembly when AP Governor Biswabhushan Harichandan was addressing the Assembly, TDP MLAs raised slogans against the government and staged a walkout.