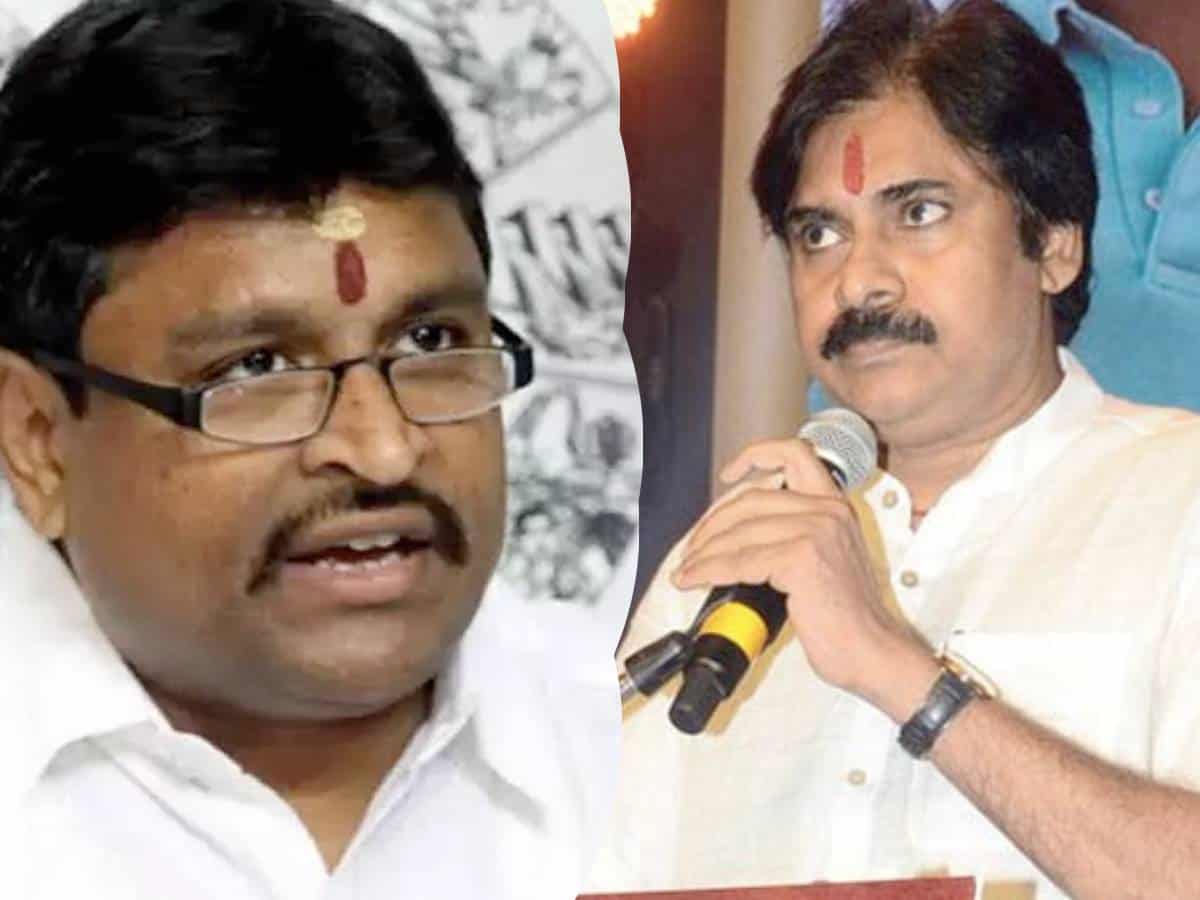 Power Star Pawan Kalyan’s speech at the pre-release event of “Republic” movie created a furore in the political circles.

His fiery speech lambasting the policies of the YCP government in Andhra Pradesh has hurt the ministers. Pawan Kalyan also sent warnings to the YCP government that it would get “burnt” if it tried to intervene into the issues relating to the film industry. The budget being invested in film industry could be very low compared to the impact it has on the public, he said.

He suggested that the YCP leaders should ban his films if they have rivalry with him, as he is also a political leader, but not try to poke their nose into the entire film industry.

Vellampalli termed Pawan a ‘Panikimalina Pavala Star’ and said that the YCP government does not consider him as a movie artist. What is the problem if the government sells tickets, he asked and said that they were only trying to check sale of tickets in black. Why cannot Pawan reduce his remuneration, the minister asked. He depends on money earned from sale of movie tickets in black, the YCP leader said.

Pawan is a paid speaker, he speaks in favour of those who give him money, Vellampalli ridiculed. “How dare you call ministers as ‘sannasis”, there is no inferior sannasi than you in the state. You are a zero without your brother Chiranjeevi,” Vellampalli fumed.

Vellampalli said that the idea of selling movie tickets online is yet to take shape. “Deliberations are on and we are still trying to understand how should we go about. Why are you becoming anxious?”

On one hand, you do not want your remuneration to be reduced but you speak about serving the public, the minister pointed out.

Another minister Anil Kumar Yadav also slammed Pawan Kalyan for his criticism against them. “We just want to know where is all the money going when the movie tickets are being sold for a huge amount. That is why we proposed government selling tickets online. The CM wants everything to be transparent,” Kumar said.

“All you people keep saying we are ‘Kalaamma talli muddu biddalam. Then why the disparity between your remuneration while the efforts are same. You and actor Sampoornesh Babu put in the same effort during movie shootings. Then why are you paid more and why should he take less. This means you are cashing in on the strength of your fans, the minister said.

Reacting to this, actor Sampoornesh Babu tweeted, “I am happy you are considering me and Pawan Kalyan as equals. The Tollywood industry is in dire straits. The exhibitors are facing a lot of problem. Please resolve the issues.”