Don’t call or shout but make me CM: Pawan Kalyan 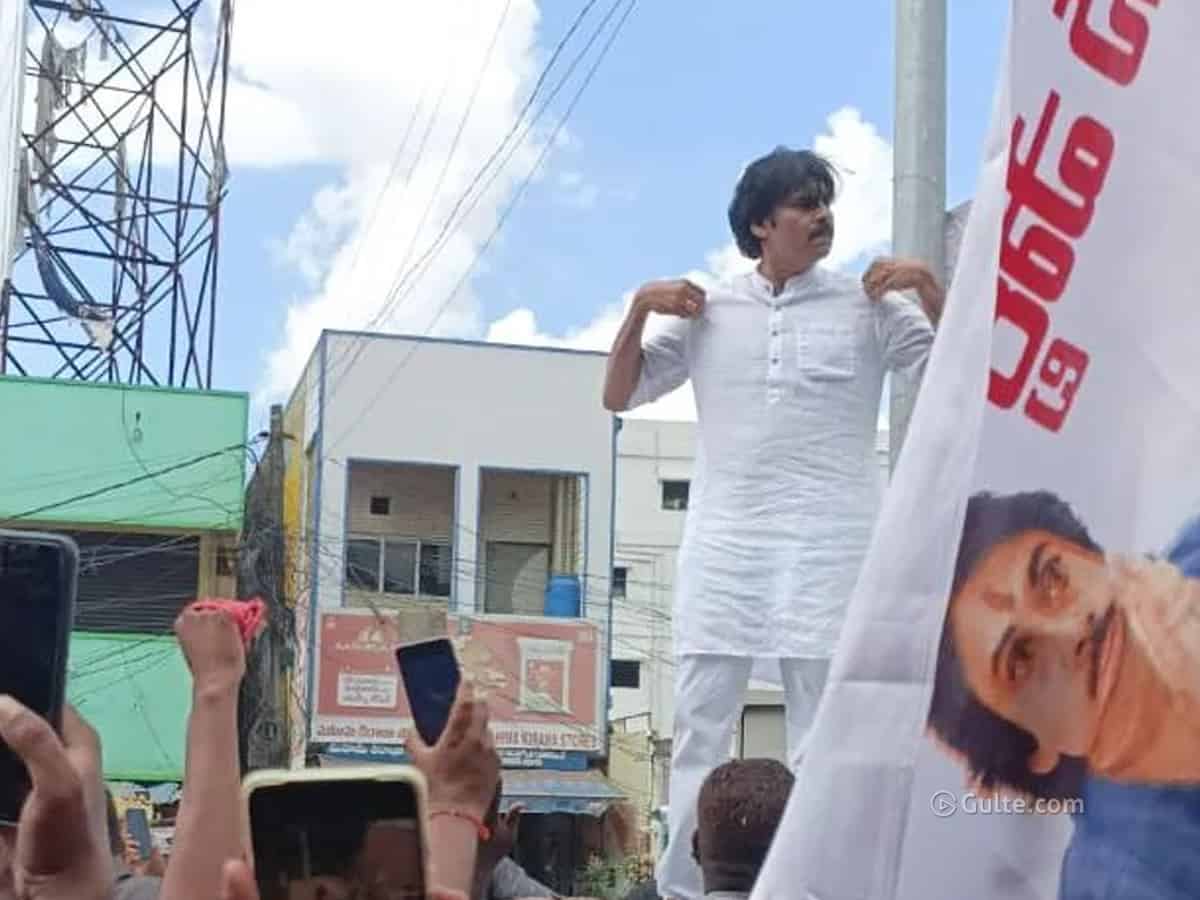 Despite the hurdles created by the YCP government and AP Police, Jana Sena chief Pawan Kalyan went ahead with ‘Sramadanam.’ After doing ‘Sramadanam’ at Hukumpeta – Balajipeta road, Pawan addressed the public and he made a key statement.

Apparently when Pawan was talking, his fans near the stage were seen shouting ‘CM… CM…’ Pawan refrained from raising these slogans and added he is tired of such things. “I’m done with ‘CM.. CM..’ tags because I don’t like it. But just keep this in your heart and make me CM. When I truly become the CM, I will not object to your slogans. So till then please do not call me CM,” said Pawan.

On politics, Pawan stated that this is not any extension to his professional side. “Just because I’m an actor by profession doesn’t mean that politics is the continuation of it. Politics is not fun or business for me. it is a responsibility,” added Pawan.

Then the Jana Sena chief took on the YCP government which indirectly tried to resist the ‘Sramadanam’ event. “The Constitution of India has provided us the right to protest against the government. Not just the AP government, no one has any right to stop from showing our protest,” said Pawan.