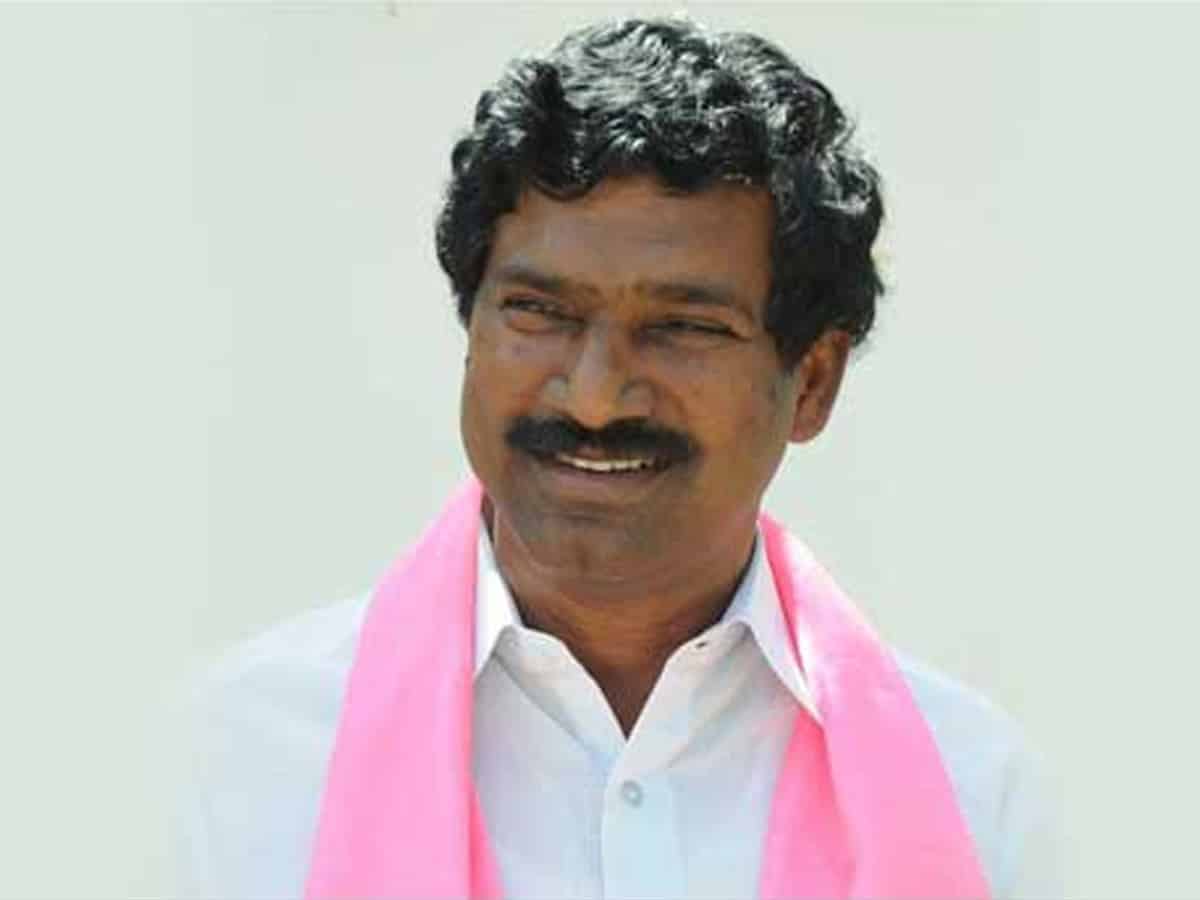 Thatikonda Rajaiah was addressing women during distribution of Bhatukamma sarees at Lingala Ghanapuram mandal in Jangaon district. Elaborating on the care and concern of KCR towards the poor, the MLA said that several welfare schemes were being implemented in the state.

“Not just that, KCR is giving all necessary things like new clothes, soft towel, baby soap, oil, powder and everything necessary for a baby right during the time of birth. KCR is trying to look after the needs of women by being of great support to them in all possible manners,” the MLA said.

In his bid to elevate KCR, Rajaiah slipped his tongue. However, he soon tried to cover it up by asking the people who gathered there to give a big round of applause to the CM for his generosity.

The MLA’s comment on KCR playing the role of a husband is being faulted by both the TRS men and commoners. “Can he become husband of all the women in Telangana just by gifting a saree, that too of low quality to them,” asked one of those attending the programme.

“Parents and husband have a greater role to play in a woman’s life. It does not end just by giving one saree. They need to protect, support and help her throughout her life,” reminded an elderly person.

Meanwhile, some others felt that elected representatives should be responsible while speaking in public. Words once spoken cannot be taken back and at the same time, they can have serious implications.